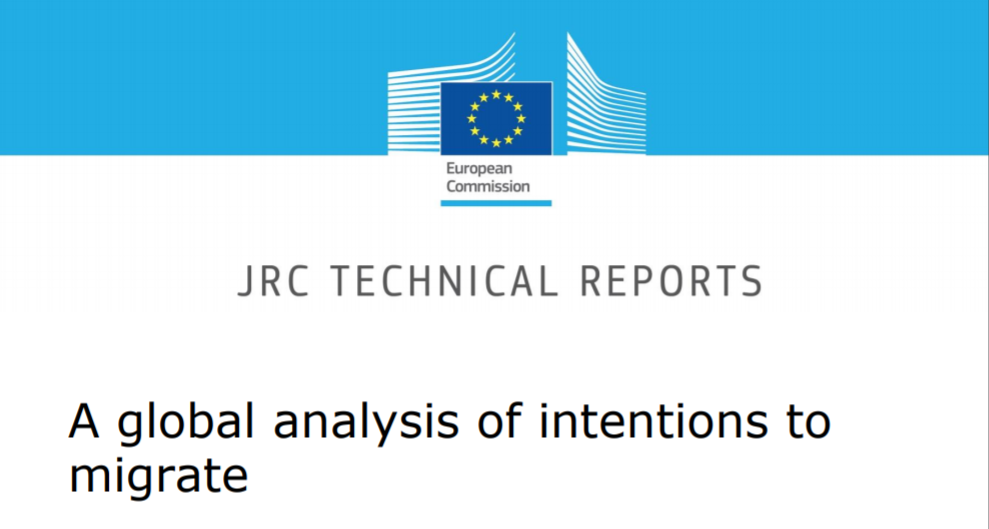 This Technical Report analyses intentions to migrate in different forms: desire to move abroad, actual plans, and preparations. By using data from the Gallup World Poll survey for the period 2010-2015, this report measures and maps these intentions globally, and then estimates their likely drivers, in terms of demographic and socio-economic characteristics. It also takes into account the differentiation of these intentions either across countries with different income levels, or broad geographical areas. First, the report shows that worldwide migration intentions – spelled out separately by Gallup in terms of wishing, planning, and preparing to migrate – largely differ in magnitude. For policy makers, the share of population that expressed a desire to migrate is an imperfect measure of what is often portrayed as potential migration. Second, the empirical analysis shows that being young, male, foreign-born, highly educated, unemployed, as well as having networks abroad is associated with higher probability of preparing for international migration. The results also confirm the non-linear relation between migration preparation and individual income. Finally, the report finds that being dissatisfied with one’s own standard of living is associated with a higher probability to desire and to plan a journey abroad, while the relation with preparation to migrate is less clear.

Here is the document:  report_on_gallup