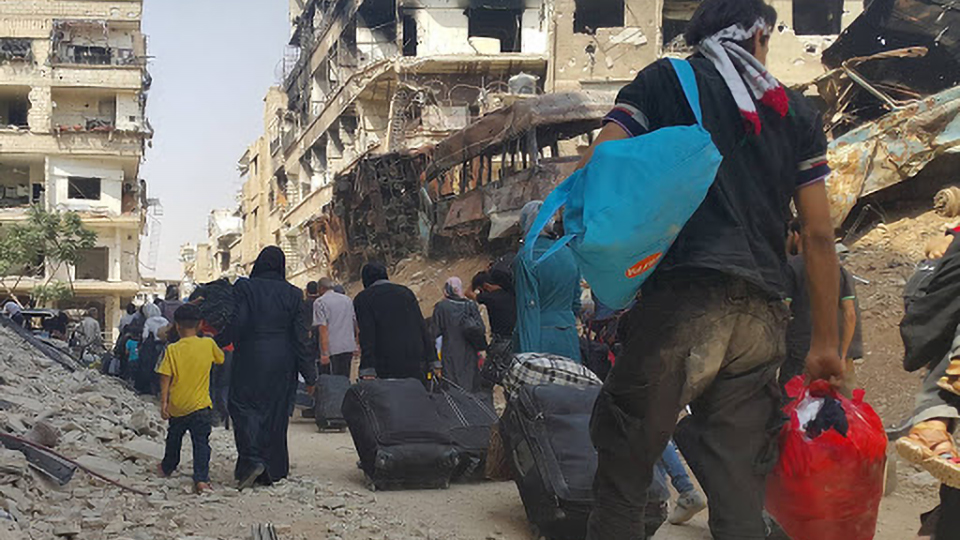 Almost 80 million people have to leave their homes, an unprecedented number: the Unhcr annual report

Never so many evacuees, never so hard to get home. This is what emerges from the annual report published last week by the United Nations High Commissioner for Refugees (UNHCR). Around 79.5 million people were displaced in 2019.

According to Filippo Grandi, director of the UNHCR, this figure represents “about 1% of the world’s population. By displaced persons, UNHCR means the global number of people fleeing war and persecution in their countries of origin.

The report details how the number of refugees increased by 9 million compared to the previous year. Syrians, Venezuelans, Afghans, South Sudanese and stateless Rohingya are the most affected. Of these people, about 73% seek asylum in a neighbouring country.

The number of returns is also dramatic: less than 400,000 refugees have returned home in the last decade, against an average of 1.5 million in the nineties. The number of people forced to leave home in the world was about 40 million ten years ago, said Grandi, who commented: “So it has practically doubled. And we don’t see this trend decreasing”.

Almost 46 million people were internally displaced at the end of 2019, while another 26 million had fled across the border as refugees. Around 4.2 million were asylum seekers. Another 3.6 million Venezuelans displaced abroad were counted separately.

Some 11 million people were “recently displaced” in 2019, many of them from a few countries and regions, according to the report: Syria, Venezuela, Afghanistan, South Sudan and Myanmar are the source of almost two thirds of those displaced abroad.

“With the international community so divided, so incapable of making peace, unfortunately the situation will not stop growing, and I am very worried that next year will be even worse than this year,” said Grandi.

In addition, restrictions and closed borders due to the COVID-19 pandemic have slowed down the process, but without being able to stop wars, conflicts, violence, discrimination. Most poor and middle-income countries – which host about 85% of the world’s refugees – have been relatively spared the worst consequences of the coronavirus crisis.

According to the UNHCR, the region of greatest concern at the moment is Latin America and South America and in particular the countries hosting many millions of Venezuelans who are very much affected by the pandemic. According to Grandi: “The economic impact could still be devastating. Isolation measures in many countries have left many people unemployed, and without the support of these people and their communities further population movements could begin”.

UNHCR closed the presentation of the report urging the international community to do more, continuing to grant asylum to people in need, despite border closures and isolation measures.