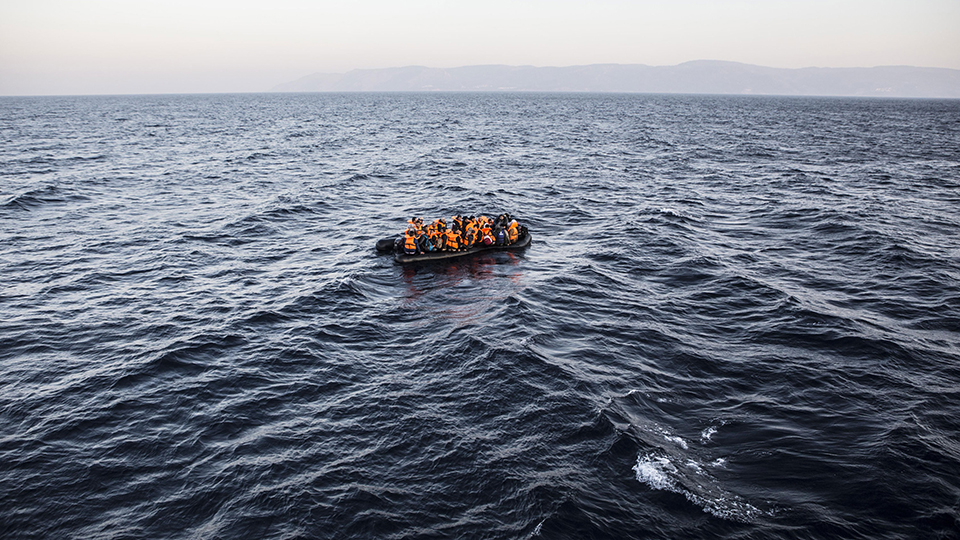 Greek authorities are unlawfully expelling migrants who have arrived in Greece, and abandoning them at sea on motorless, inflatable vessels. In a report released on 14 July 2020 by Legal Centre Lesvos, testimonies from 30 survivors detail the systematic, unlawful and inherently violent nature of these collective expulsions.

Since the Greek authorities’ one month suspension of the right to seek asylum on 1 March 2020, the Greek government has adopted various unlawful practices that are openly geared towards the deterrence and violent disruption of migrant crossings, with little regard for its obligations deriving from international law and specifically from the non refoulement principle – and even less for the lives of those seeking sanctuary.

While collective expulsions from Greece to Turkey are not new, in recent months Greek authorities have been using rescue equipment – namely inflatable, motorless life rafts – in a new type of dystopic expulsion. Migrants are violently transferred from Greek islands, or from the dinghy upon which they are travelling, to such rafts, which are then left adrift in open water.

In addition to the well-documented practice of non-assistance to migrant dinghies, the Greek authorities have damaged the motor or gasoline tank of migrant dinghies before returning the vessel – and the people on board – to open waters, where they are subsequently abandoned.

Collective expulsions are putting peoples’ lives at risk, are contrary to Greece’ international legal obligations and violate survivors’ fundamental and human rights, including their right to life and the jus cogens prohibitions on torture and refoulement.

When carried out as part of a widespread and systematic practice, as documented in our report, these amount to a crime against humanity. Collective expulsions should undoubtedly be condemned, in the strongest possible terms; however, this is not sufficient: it is only through the immediate cessation of such illegal practices that the protection of human rights and access to asylum will be restored at the European Union’s external borders.

Lorraine Leete, attorney and one of the Legal Centre Lesvos’ coordinators, said that:
“The Greek authorities are abandoning people in open water, on inflatable and motorless life rafts – that are designed for rescue – with no regard for their basic safety, let alone their right to apply for asylum. Such audacious acts show the violence at the core of the European border regime, and the disregard that it has for human life. Greek authorities have denied reports of collective expulsions as ‘fake news’, despite a plethora of undeniable evidence, from survivors and various media outlets. This is untenable: evidence shared with the Legal Centre has shown that collective expulsions are happening in the Aegean sea, with a systematic and widespread modus operandi that amounts to crimes against humanity. They are being carried out in the open, in plain view – if not with the participation – of the European Border and Coast Guard Agency, Frontex. European Authorities are complicit in these crimes as they have thus far failed to act to prevent further pushbacks, or hold Greek authorities accountable.”