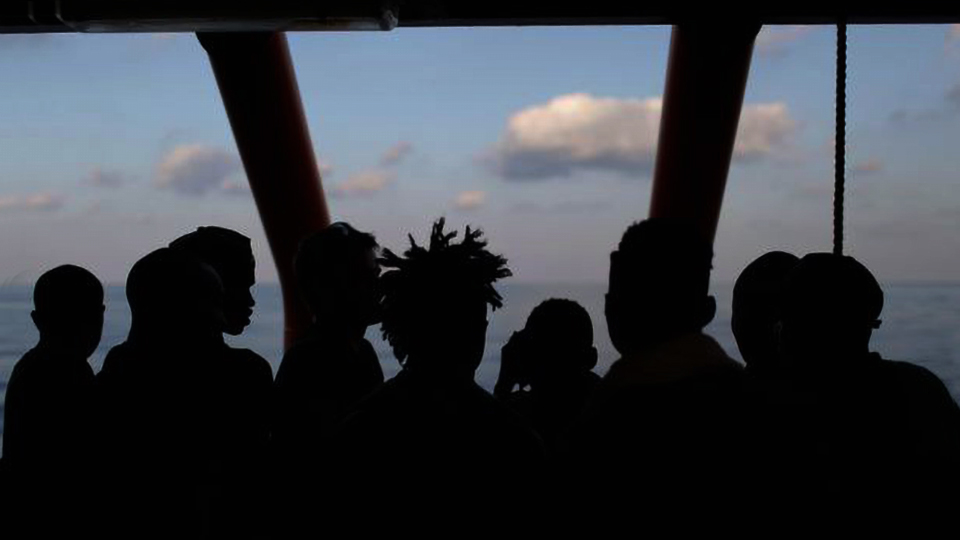 On 2 February, the Italy-Libya memorandum was renewed, without the changes expected and promised by Interior Minister Luciana Lamorgese. The agreement, made in 2017, will be renewed under the same conditions for another three years. Humanitarian organisations and many civil society voices protested, asking the Italian government to block the agreement, but this did not happen.

“The situation, basically, is frozen, but if possible it has even worsened. The evacuation flights from Libya of vulnerable people by UNHCR are very few, those organised by private individuals are blocked because the authorisation of the Italian Ministry of the Interior is missing”, comments Francesca Napoli, lawyer, specialised in asylum law, with a long experience in the field in Colombia, South Sudan, Libya and Lampedusa, today legal consultant of Centro Astalli in Rome.
“And it would still be like emptying the sea with a teaspoon, because it is really complicated to have a definition of vulnerable with reference to the people stranded in Libya. The inhumane conditions in which these people are held exacerbate situations that are already complex due to previous trauma and vulnerability, which are aggravated in detention centres. There is no talk of changing this situation, to really affect the condition of people in Libya; on the contrary, more Italian patrol boats have been delivered to the Libyan Coast Guard. An organisation that Admiral Fabio Agostini, commander of Operation EUNAVFOR MED Irini, recently praised, despite not having adequate protocols and representing an unstable country. Only a few days ago, the Libyan coast guard shot a boy who tried to leave after a landing, often is not responding to calls, but it is precisely the method of handling rescues at sea that does not work. There is a recent video documenting a rescue at sea, where the crew was trying to resuscitate a boy without adequate staff. That boy died on the deck of the Libyan coastguard boat.”

The agreement with Libya is not the only case of externalisation of the EU’s borders.
“What happened last March on the border between Turkey and Greece showed how things work. It is enough to think that Greece was praised by the EU for barricading itself and resorting to systemic excessive violence towards migrant civilians, just as Turkey showed its blackmail power over the EU,” Napoli comments. “This situation, in the New Pact on Migration and Asylum, is crystallised. The modality of the agreements with third countries, the Pact says, is to finance the blockage of flows, without spending a word on the causes. The mechanism should be the opposite, because only stabilising the countries of departure and transit would produce results. Instead, the blocking of flows is financed, even linking the funding to a rewarding mechanism involving development cooperation. Yet the last decades have shown that no wall will stop the flows, but will only feed the organised crime that manages the trafficking”.

The same happens elsewhere, like in Niger, or Chad. “Elsewhere too, but it is not easy to know, because these agreements are not publicised, but are often hidden in parternships. Almost all of the Africa Fund is earmarked for these kinds of agreements, which then provide visa facilitation for countries that commit to blocking the flows. But it is enough to go beyond this narrative and investigate to discover the real situation,’ Napoli comments. ‘I am in contact with some refugees in Niger, kept confined in the desert, without access to adequate medical and psychological care, without access to education. A ghettoisation that violates the human, civil, economic and political rights of these people, while the EU has in its founding treaties respect for the dignity of the person. A person cannot be confined in a tent city in the desert, it is obvious that, put in these conditions, people would do anything and run any risk to get out of this situation.

A situation where confusion generally prevails. At the end of January, surprisingly (given that the conditions have been the same for years), the EU’s external border control agency, Frontex, abandoned operations in Hungary, condemned by the EU Court of Justice for failing to fulfil its obligations under EU immigration law.

“At the same time, however, Frontex is involved in rejections from Greece to Turkey,” comments Napoli, “in a deafening silence with respect to all those rafts on which women, children and vulnerable migrants are sent back to the Turkish coast under the eyes of Frontex. In general, it is absurd that in 2021 there is a lack of homogeneity in European procedures: an Afghan citizen can have subsidiary protection in Italy, even asylum, but be rejected in Sweden.

There is no shared procedure for asylum and flow management.

For all these reasons, the role of civil society remains fundamental, as demonstrated by the recent sentence of the Court of Rome for the “readmissions” from Italy to Slovenia to the detriment of migrants which exposed these people, including asylum seekers, to “inhuman and degrading treatment” along the Balkan route and to “torture” in Croatia, up to the refoulement in Bosnia-Herzegovina.

This case shows how advocacy is very important,” Napoli said. “If it had not been for all this awareness-raising and reporting, thanks to NGOs and associations that collected information and documentation along the Balkan route, material that allowed us to prepare an appeal, Italy would never have been convicted. It is important to shed light, to keep attention, to raise awareness in civil society about what is happening at the borders. And it is important to do so with a narrative that focuses on lives and people, not on numbers, which end up contributing to the dehumanisation of migrants.”