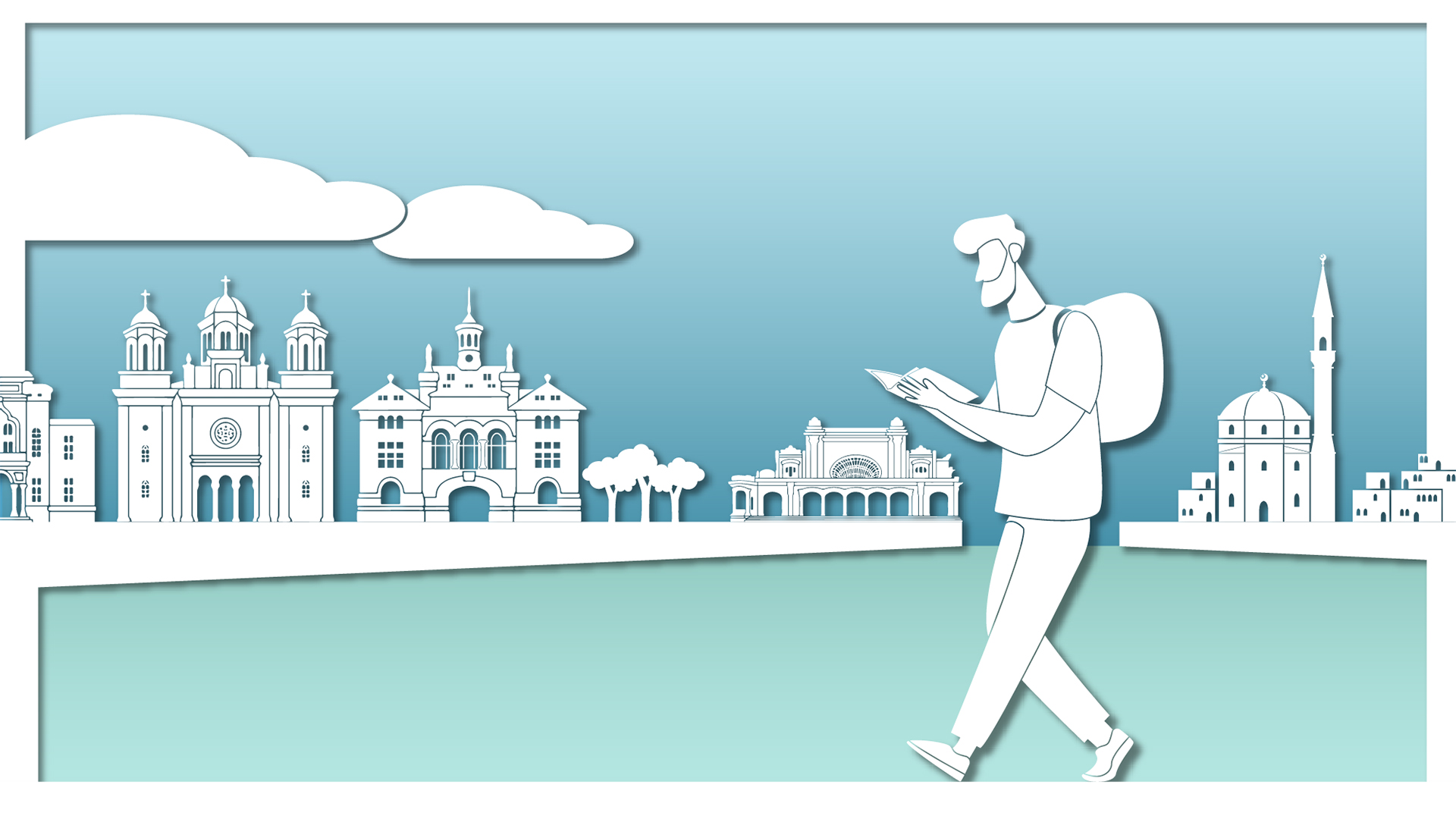 The border territories are a sort of revolving door, where people come in and out, dream historical periods and epochal changes. The city of Constanta, for Ahmed, is a beginning and an end.
A city found, abandoned, rediscovered, for different reasons and at different times in his life.

“I was born in Syria, on the island of Aruad, city of Tartus. The first time I came to Romania was in 1991, for study reasons, in the city of Timisoara. In 1993 I moved to Constanta, where in 1997 I graduated in medicine specializing in dentistry. At that point I returned to Syria, but when the war started I decided to come to Romania, to ask for political asylum. I stayed in the Galatian Reception Centre for almost a year and then I went back to Constanta,’ says Ahmad Ramada, who in Constanta, the Romanian city on the Black Sea, started taking care of other people. “I currently work as a cultural mediator and interpreter, as a volunteer, offering advice to find the best solutions to the various problems that refugees face when they arrive here: legal problems, everything related to obtaining residence permits, translation and interpretation in the courts and for migrants in the reception centre, social and health care, medical offices, hospitals, accompaniment of migrants and help in relation to public administration offices and private companies for work or education. In order to live, on the other hand, work transport by sea”. Born on an island in Syria, he crossed the seas in one sense and another at different times in his life, with different projects. Ahmad knows very well what it feels like in front of the journey, the sea, the unknown.

“The city of Constanta is a very beautiful, welcoming port city. A multicultural area where different ethnic groups live together in harmony. I feel very attached to this city, because I used to visit it since childhood, when I was 5 years old and I travelled with my father through Europe. My father was a captain and owner of a ship and he was responsible for the transport of goods across Europe and our family business was also involved in ship repairs in the port of Constanta”.

After all, Constanta and the sea seem a destiny for Ahmad, but he never stops thinking about Syria. “I follow the evolution of the situation in Syria, everything that happens. By now I consider myself Romanian, but my heart is also for my home country. My friends and family are there. Some of my friends work in maritime transport and that’s how I see them, I inform myself, and also thanks to technology I keep in touch with my family every day”.

Still the sea, to live, work, travel. And to escape. Like the people Ahmad helps as a volunteer. “I don’t feel tired, although sometimes I have to travel and come back the same day for the Reception Centre and the procedures for asylum seekers in Galati, to help refugees and migrants in difficulty (it’s a three-hour one-way trip by car). Sometimes I feel powerless, however, because I cannot do more for those who need my help. The stories of these people all involve you in the same way: each person I help has a specific situation and I help them as much as I can. What sometimes bothers me is the bureaucracy I have to deal with when I try to solve problems, such as cases where there are families with children or single mothers, or migrants who are in a very hard situation of poverty, with many difficulties to deal with and it is difficult for them to find a job and earn something”.

In many parts of Europe, in addition to these difficulties, there is also a climate hostile to these people. “The community of Constanta is very tolerant and welcoming and has been from the beginning and has remained the same. It is a multi-ethnic area since ancient times, in this region of Romania we are all Greeks, Tatars, Turks, Armenians, Jews, Arabs who live in harmony and help each other. I believe that, in addition to the beauty of the city and the region and its Black Sea port which make the city economically attractive, the welcoming people and the diversity of communities and culture make this place perfect for living. And it is important to stress that the people of Constanta have never refused to help those in need, be they migrants or refugees.

For me the border is just an artificial line. Currently, due to technological and economic development, a significant number of human activities are taking place on such a wide scale and horizon that they must transcend national borders. National borders are used for matters of state, such as laws and rules to be respected or to ensure peace and security. A country is not its borders, but its people, places, culture and experiences. I have known Europe since I was a child and travelled with my father. I have been to Italy, to Greece. I chose Romania right after finishing high school in Syria and I adapted easily. That is why, after so many years, I chose to seek asylum in Romania and to stay after obtaining refugee status here in Romania, in the city of Constanta. From every experience I lived, I tried to take what is best and most beautiful. This is why I am a cultural mediator and interpreter for others, to use my experience, to help them not to feel lonely”.