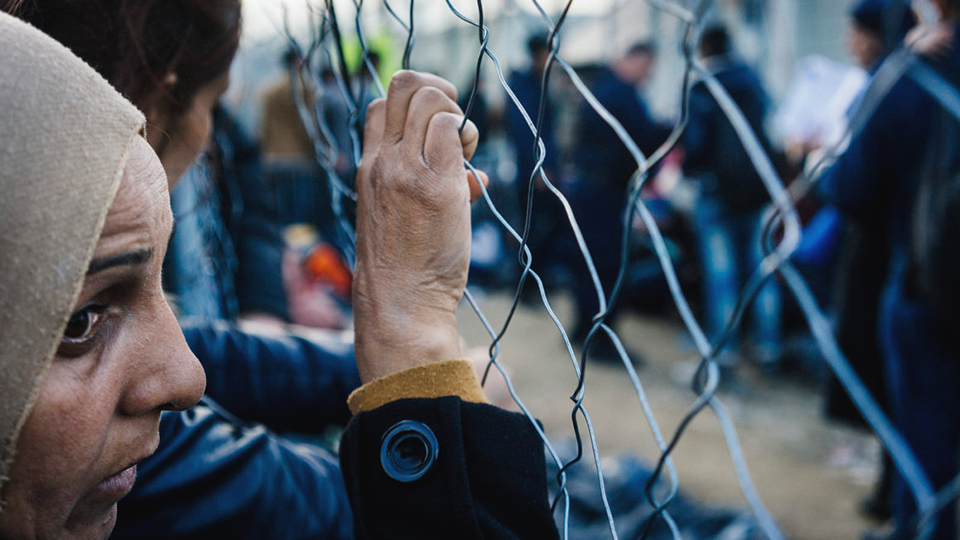 “The situation on the north-western border of Bosnia and Herzegovina, where the highest number of migrants are concentrated and where the International Organization of Migration (IOM) reception and transit centres have been established in recent years, continues to be tense. In the camps, which are one in Velika Kladusa, one in the municipality of Cazin for families, and then those in Bihac, and the one in Lipa, created in the middle of nowhere during the Covid emergency, during the summer months migrants – who were locked in camps – started moving again towards the Croatian border, but in the same period thousands of people arrived from Greece and Serbia, where they had been stopped before. This has created, as every year in the period of maximum flow, a situation for which many people are in the canton of Una Sana which is saturated. For the past two and a half years, the cantonal government has created an emergency council which includes representatives of the canton, the local hospital, the foreign office and the municipalities of Bihac and Kladusa. From time to time, this council issues procedures and guidelines to regulate the flows. Since June, when the number of arrivals was rising, the council has stated that new arrivals could no longer be registered in the camps for single men. Those who arrived were to be accommodated in the camp in Lipa, which is a tent city of a thousand places, and is full. So began the deportations, with police patrols capturing those sleeping in the streets or in abandoned houses and factories. They take them to Lipa, but there is no place.  At the moment there are more or less 9000 people in Bosnia-Herzegovina and more than half of them are in the canton of Una Sana. The IOM must accept this situation, even in Sarajevo the camps are full. More and more people are on the street, there are more and more police around, in Velika Kladusa the popular protests against the informal camps are stronger and stronger and some citizens have self-organized themselves on night patrols to hunt migrants and ‘invite them to leave. There are reports of beatings, buses carrying migrants are attacked, and there is a shift from protests to physical attacks. After these events, while the tension was mounting, the police in Bihac reinforced the deportations, without stopping the protests. The canton no longer accepts migrants, the accesses to the canton are closed and no more buses and taxis for these people are left at the canton’s border. This is causing traffic to flourish with citizens taking them for money along secondary roads and not even families are registered in the camps. This situation is deteriorating more and more, whereas until 2018 there was a very different attitude towards these people.
Out of 10,000 people no one denies that there are also people who commit crimes, but they cannot criminalize everyone and the media do not help at all.
On the migrants’ skin there is an internal political struggle in Bosnia and Herzegovina, where other parts of the country – like Republika Srpska (the Serbian entity created after the conflict in the 1990s ed) – do not want migrants. I don’t know how it will end, but we see the results on people’s skin”.

The situation on the so-called Balkan Route is told by Silvia Maraone, who works for IPSIA – Istituto Pace Sviluppo Innovazione Acli, an organization that has been dealing with the Balkans for years. Like Silvia, an expert on the Balkans and migration, who coordinates projects to protect refugees and asylum seekers along the Balkan Route for IPSIA and Caritas Italiana, particularly in Serbia and Bosnia and Herzegovina.

“I started in 1993, as a volunteer in refugee camps in Slovenia during the conflict in former Yugoslavia. With vans, every week, we brought material aid and took care of activities for children, the elderly, women and all the particularly vulnerable people in the 23 refugee camps in Slovenia at the time. And I still do, twenty years later, first in Greece, then in Serbia and now again in Bosnia and Herzegovina, where I have lived and worked during these years. A very strong link, both mine and the organisation’s, with this region during these years. And I am sorry to see that in 25 years Bosnia and Herzegovina has not improved, but has worsened, with a fragile and corrupt country. Just think that officially there are 3.5 million inhabitants, but only 2 million are still here. A country that is abandoned, that has not come to terms with what happened in the past”.

The Balkan Route, as Silvia’s story teaches, has always existed. But 2015 was a key year. “Of course, there has always been traffic on this route. First heroin and opiates were transported, then weapons to and from the Middle East, in recent years it has been the time first of the Kosovars and then of people from the former Yugoslavia and, finally, from 2014, the boom in the arrivals from Turkey of people fleeing the violence of Syria, Iraq and Afghanistan. In 2015 almost one million people passed through this route – explains Maraone – an extraordinary year, which shook Europe: a different migration from that of the Mediterranean or Spain. We saw the arrival of desperate families, there was an awareness, as in the case of the little Aylan Kurdi, who stirred up consciences and politics. For a few months, starting from Merkel, there was a great opening with a great media coverage, which even if it is not right, it was more gripping than the poor African barges. Then the land route, with important numbers, but lower than the Mediterranean route, became less important. There was another media moment in 2017, when the images of the barracks in Belgrade, with people in the snow, brought to mind the images of the concentration camps. But it is over: now they are mostly men alone, there are no rivers of people, and the European political response is clear: we don’t want migrants. Hungary started in September 2015, with the wall, and since then the closure has become more and more bitter”.

The flows have never stopped and will never stop, however, and the route changes, as Silvia Maraone can see every day on the field. “The first change of route, after the closure of Hungary, took place from Serbia to Croatia, in 2016, the year of the agreement between the EU and Turkey, when many people got stuck between Serbia and Greece, and in 2017-2018 they started to move towards Croatia, less towards Romania and Hungary. In 2018 the flow is still moving: Serbia – Bosnia and Herzegovina – Croatia, with the violence on migrants of the Croatian police, or Greece – Albania – Montenegro and again Bosnia and Herzegovina. In general, the closure is stronger and stronger, and post-Covid Italy makes no difference, informally readmitting people to Slovenia who are denied the right to apply for protection. A policy of total expulsion, of violation of rights, an EU failure”.

The violence of the Croatian police, thanks to the work of civil society and independent media, has been brought to the attention of the European institutions. For the first time, two Croatian officers were indicted for the violence against migrants. According to Silvia Maraone, however, there is nothing new.

“The violence of two policemen has been acknowledged, but it is not a change in Croatian politics. It is a media move, which is a sign of good will for the volunteers active in the area and for the independent media, but it could be just a scapegoat if there is no political change. That is not seen, even in the local public opinion, where on Facebook groups the policemen are the victims of the evil migrants. Considering that the violence is not only of the Croatian police, but also of the Hungarian army, the police of Romania and Bulgaria, we need a change of the system otherwise nothing will change. And in collecting complaints, we are confronted with the terror of migrants who do not report for fear of retaliation”.

The violence continues, in a system that closes more and more, but the course doesn’t stop, maybe it changes. “Now it is interesting to understand what will happen with the closure of Una Sana canton. Maybe it will move further south, in Croatia, a secondary route in Herzegovina, in Knin or just below Mostar and then go up the coast. In general the arrival has also moved: no longer so much Trieste, after the readmissions, but Gorizia, Udine and Palmanova. The prices are those: 4500 – 5000 euros, but they could change. New passages, new rates. Nothing will change if we do not intervene with a massive organization of aid to these people and redistribution on the territory of Bosnia-Herzegovina, improving the reception, as in Trieste, where with the measures for the Covid the situation is saturated and it is always the volunteers, along the route, who get busy, trying not to get arrested or attacked”.