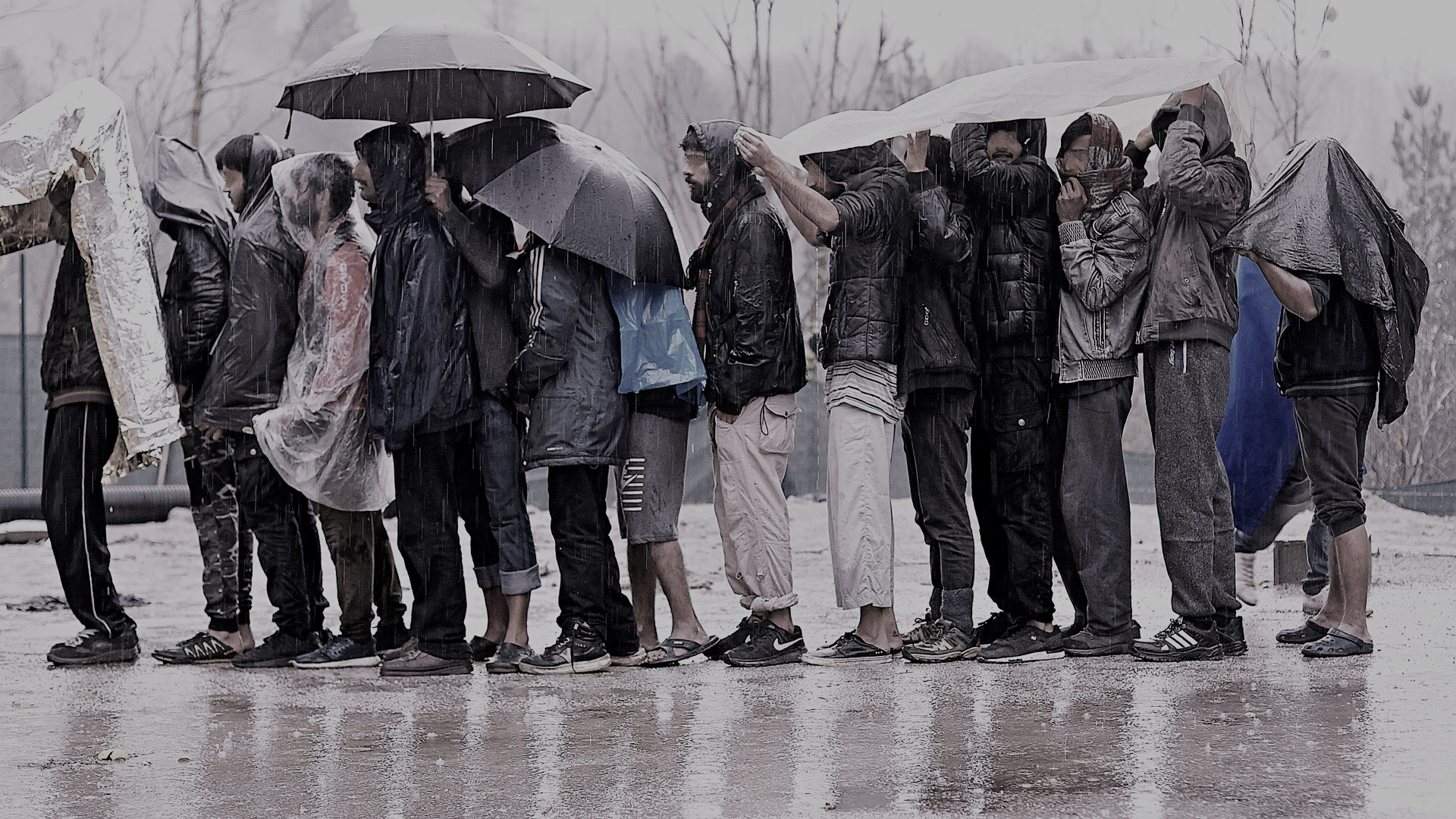 The migrant crisis in Lipa is only part of the problem

Three truckloads of humanitarian aid arrived yesterday in Bosnia and Herzegovina, where over 3,000 migrants are trapped in the snow. Warm clothes, blankets and drinking water, brought by the Italian Red Cross, will be distributed to migrants who have been in terrible conditions near the Croatian border since the Lipa camp was destroyed in a fire last month, leaving some 1,400 people without shelter.

A gesture of humanity for a situation, however, that remains unacceptable in the Europe of 2021. A situation that had been denounced by activists and civil society organisations long before the terrible winter frost arrived in the Balkans.

In a beautiful interview published in recent days by RadioFreeEurope, Nidžara Ahmetašević from Sarajevo and Dragan Bursać from Banja Luka, two journalists from Bosnia-Herzegovina, talk about how this situation has been dragging on for years.

“In 2018 I started writing about what was happening in Bosnia and Herzegovina and the International Organisation for Migration (IOM), which runs the reception camps in the country – of which there are eight – in a way prevented me from entering the camps. However, I continued to go to the camps without their authorisation, and often they didn’t even realise. From what I saw, I clearly understood why IOM does not want to let not only me but many other people enter the camps. The living conditions in the camps are extremely degrading and inhuman. There is no hot water, the food is often inadequate. Everyone gets the same meal, both healthy and sick people and children, and many people often complain of itching and other skin problems caused by poor hygiene. But the biggest problem, which activists in Bosnia and Herzegovina have been denouncing for three years now, is the violence committed by private security guards against people housed in the camps,” Nidžara says.

“For migrants, Bosnia and Herzegovina is only a transit point on their way to the European Union. These people are helped by the citizens of Bosnia and Herzegovina. It is the local population, already crushed by a thousand problems, who help the migrants, in every municipality, in every place. The municipalities and cantons help as much as possible. One cannot put all the blame for the migrants’ situation on the municipalities, which are mostly poor. The fact is that the two entities in Bosnia-Herzegovina (the Muslim-Croat federation and the Serbian republic), but also the state, pass the hot potato of migrants to the IOM, which then sends it back to the sender. This is, so to speak, a joint irresponsibility of Bosnia and Herzegovina and some foreign institutions, and it is the migrants who pay the price, but also the local population who are trying in any case to help these poor people. It’s not that the Bosnian-Herzegovinian institutions don’t want to accept the migrants, they simply can’t cope with the problem, and the EU is warning: get by as much as you can, but don’t send them to us.”

The images coming out of Bosnia and Herzegovina are shocking, and the EU has declared – under pressure from the press and civil society – that Sarajevo must act. But in this attitude there remains a deep hypocrisy, because it is the situation that the EU itself has created that has created a bottleneck that simply a country full of problems like Bosnia and Herzegovina cannot manage.

“We are witnessing the fruit of border externalisation policies. In this case with the agreement with Turkey, where Europe has confined over 4 million people. But it is a failure that can be seen elsewhere, in Libya, as in Chad. The policy of granting visas and commercial collaborations that the EU grants to third countries to stop migration flows produce the situations that we see in Bosnia-Herzegovina and elsewhere – explains the lawyer Francesca Napoli, a specialist in asylum law, legal advisor to Centro Astalli – but they are not considered mistakes, as evidenced by the new Pact on Migration and Asylum that claims as good results those obtained in Greece and Croatia, which illegally reject people. This is not an accident, but a system. We cannot consider the wars from which these people flee as isolated events, but we must consider the contexts of violence and poverty that conflicts entail, even in the long term, which leads to the violation of the human, social, economic and political rights of these people. A system that contributes, without resolving the situation, to the business of human traffickers, because people will continue to flee and move. Because it remains a natural process to compensate for economic inequalities that are increasingly fierce.”

A system in which all are accomplices. Italy, for example. There are 1240 migrants rejected by Italy in 2020, 420% more than in 2019, sent back to Slovenia without being able to apply for international protection and without a proper identification process, as a fine investigation by the magazine Altreconomia has recounted.

“These are alarming data that Italian Interior Minister Lamorgese did not even hide, but reported in Parliament as if nothing had happened. Fortunately, there is media attention, which is important to keep alive the attention on a series of violations that touch the sense of law, which is a cornerstone of the European order, which does not allow to reject people to states where their rights are not guaranteed and from Italy, passing through Slovenia, these people are sent back to Bosnia-Herzegovina where the situation is known,” explains lawyer Napoli.

The situation along the so-called Balkan Route has been dramatic for years and not only in winter. Reports by Human Rights Watch and Amnesty International have been denouncing it for years, as well as the daily work of activist networks such as Border Monitoring Violence Network and RiVolti ai Balcani.

Every time, when faced with a crisis, such as the one in February 2020 at the border between Greece and Turkey, or when the cold weather arrives, or when the camps in Moria and Lipa burn, the media return to talk about what has been a serious situation for years. The illegal rejections by Italy and Greece, the violence of the Croatian border police, the barriers that have sprung up in recent years in Hungary, Serbia, Slovenia, Greece and Bulgaria.

The situation has to be tackled at its root, not as in 2016, when the agreement with between the EU and Turkey had made people think that the problem had been solved. With the application of alternative measures, such as humanitarian corridors or the management of flows developed with the Global Compact. Otherwise, at the next crisis and the next winter, we will be back to tell the same nightmare as always for thousands of people.