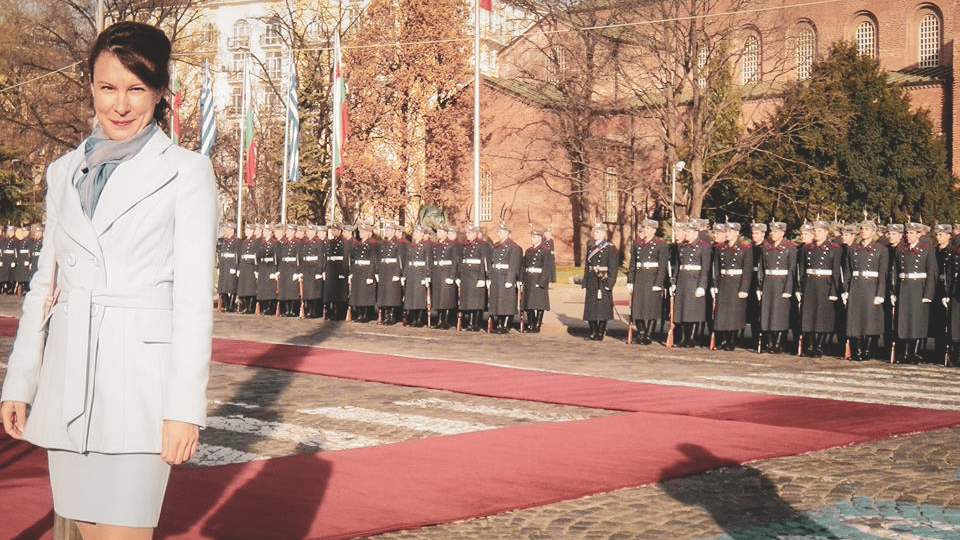 Historian and diplomat, she has lived and studied the border to overcome physical barriers and travel between cultures

«Two years ago I returned to my home town Burgas due to the birth of my first child and the desire to raise him near my family, and even more important – near “my” sea. I guess I just wanted to encode in him the messages that had shaped my own individuality in my childhood years – those were messages of infinity and a borderless world, inspired by the daily interaction with the sea. .I cannot picture myself staying in Burgas forever, though, I see it as a temporary stop in a life-long mobility journey. To put it more poetically, when you are “shaped” by the sea, you are inevitably shaped by its winds too, and wind always means change.»

Tonka Kostadinova, born and raised in Burgas, has spent most of her life outside the city. For many years I took advantage of the mobility opportunities and horizons that her academic career opened up for her, touring the most beautiful European cities. In 2014 she became a diplomat at the Bulgarian Ministry of Foreign Affairs and the crossroads of different cultures and national traditions became her work as it had been the theme of her research and studies.

«A diplomat has to operate in a ‘borderless’ state of mind, learning to understand and to cope with foreign cultures and mentalities is the essence of diplomatic work – tells Tonka – as of today, I continue to cross symbolic borders, those in the minds of my current students, whom I teach History and International Relations. Interacting with my students creates another borderless world, which inspires me on a daily basis.» 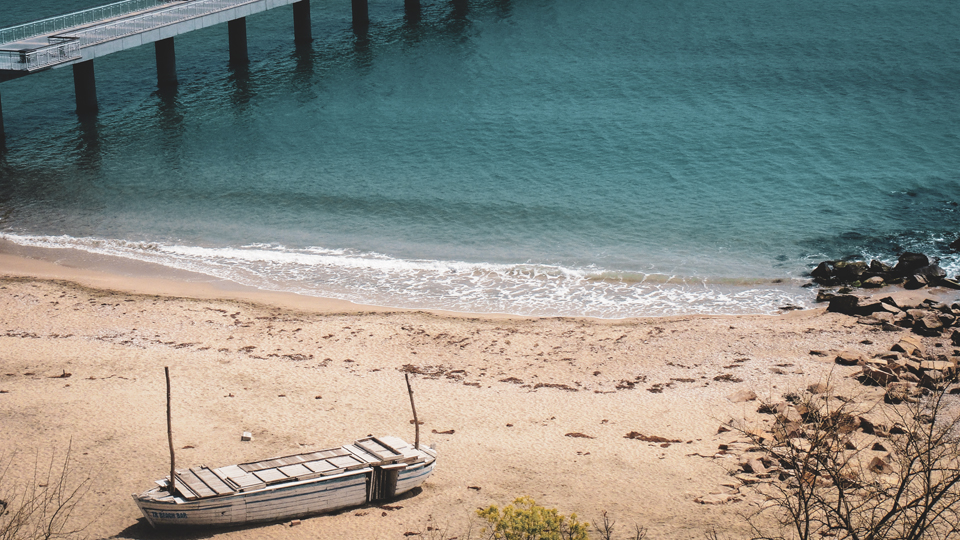 Burgas as a point of departure and point of arrival. Burgas has been open to the world for centuries. «To me, the most symbolic place of the city remains the sea itself because it shapes the particular state of mind of the locals and informs their identity. Burgas has a long historical relationship with migrants. The region hosted several migrant waves in the course of the 20th century – it was the most immediate destination for refugees from Eastern and Western Thrace in the aftermath of the Balkan wars (1912-1913) and in the interwar period, when thousands of Bulgarians were compelled the leave territories of the Ottoman Empire. These “historical” migrants posed significant challenge to the region for their settlement, economic support, and social adjustment. The policy of the local authorities towards the refugees was premised on the 19th century romanticist notions of national unification and aimed at welcoming the migrants, providing them houses, land and even jobs. The large migration waves of the 20th century thus didn’t cause any social or political turbulence, and the refugees became integral part of the local political, economic, and social life relatively fast.
Of course, all those migrant waves concerned refugees of Bulgarian nationality. Drawing on more contemporary terms, I don’t think that the city treats non-Bulgarian migrants with the open-mindedness that would be desirable. The 2013-2014 migration crisis, for example, re-coloured the notion of the migrant with negative connotations and strengthened the dividing lines between “us” and “them”, based on powerful spatial imaginaries, for exemple East-West or European–non-European.»

Living in Burgas, working as a diplomat, in a world in constant movement, there will be many stories of migration that Tonka encounters in her daily life and studies.
«As a professional historian, I could give many examples, but I would rather point out the story of a female migrant – Alexandra Lermontova – the dauther of the famous Russian general Lermonov, who brought the liberation of Burgas during the 1877-1878 Russian-Turkish war. Alexandra Lermontova abandoned her rich and comfortable life in St. Petersburg and joined the Russian army as a volunteer. She took part in the Russian-Turkish war as a nurse and operated in the border region of the Black Sea coast. In 1879 together with the 4th Army Corps of the Russian army, she arrived in Burgas. Here Alexandra Lermontova trained local medical staff and initiated the establishment of a hospital, purchasing hospital equipment with her own funds.» 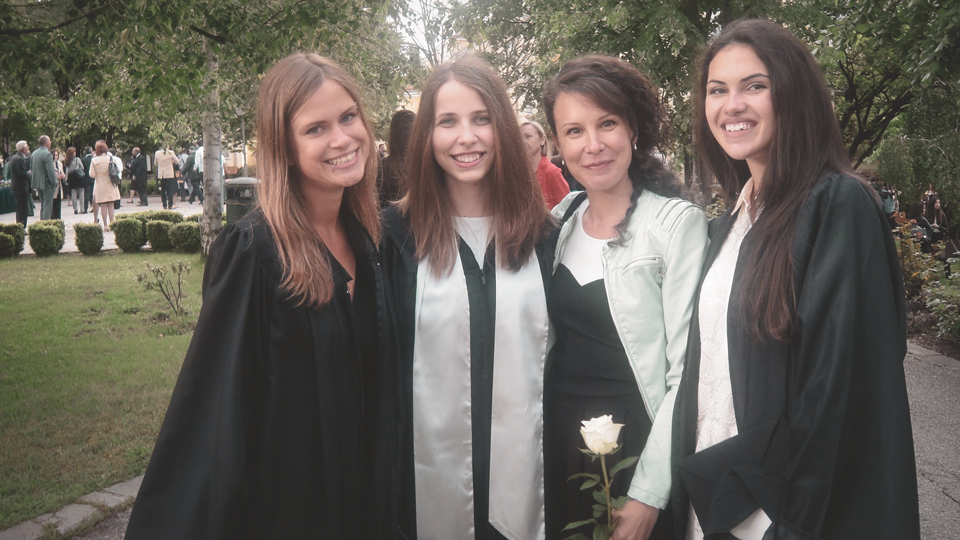 But also in the more personal, private memory, there is an important example for Tonka.
«The story of my family is identical to the story of many other refugee families, which settled in the region – and is one of welcoming and successful integration. My grand-grandfather arrived as a refugee from Western Thrace after the Balkan wars together with his family, received land and housing and was easily incorporated in the social life of the city. He was given the foundation to build a descent life. In my diplomatic career, I was trained to “welcome” various foreign cultures and diverse national identities on a daily basis. The notion of welcoming has been part of my professional path for many years. I am glad that I can transfer this experience and teach ideas of inclusion and understanding differences, to my current students here in Burgas.»

Burgas, the sea, work, personal and collective history: everything contributes to determining a person’s idea of borders. Which one is Tonka’s?
«Being professionally engaged with border studies, I am bound to think about borders far beyond the notion of exclusive geographical constructs, as prevailing political discourses would suggest. Apart from the political and tangible meaning of borders, I have studied in-depth the idea of borders as the invisible delimitations and spatial imaginaries that (de)construct the notion of “us” and “them’, of “we” and the “other”. To me underlying is the understanding of space and borders as being not so much related to their material morphology, but to the premises of their social production and the ideological underpinnings of this production, the various forms of interpretation and representation that it embodies. I see borders as symbolic social and cultural lines of inclusion and exclusion, as categories of difference that create socio-spatial distinctions between places, individuals and groups, as something continually “being made” and, in this sense, themselves presenting dynamic functional processes of space-related identity construction. As an international historian, I particularly interested in temporal borders (past-future) and grander-than-national spatial imaginaries (East-West, European-non European). Exactly the notion of borders as cultural and symbolic lines is embedded in my understanding of the identity of border populations, including the local identity of Burgas. I dare to argue, that, the Thracian identity of the city, even though historically relevant, has not been steadily incorporated into the identity of the local population. The identity of the locals is an intriguing and complex “borderland” between different national identities – Bulgarian, Greek, Turkish, Armenian, and Jewish – each one of them prevailing over the common “Thracian” identity. Many of the Black Sea towns in Bulgaria were established in Antiquity as ancient Greek colonies, and for centuries existed as a borderline between Bulgarian and the Byzantine Empire. The identity of contemporary Bulgarians across the Black sea region remains strongly associated with Greece and its culture, despite the systematic attempts and policies of the Bulgarian state to erase it. The latter included violent mechanisms such as name changing, prohibition of speaking Greek language etc. Bulgaria’s policy towards the Greeks of Bulgaria was no less violent than the 1980’s “revival process” against the Bulgarian Turks, yet the topic is silenced and scarcely explored. As of today, the identity of Bulgaria’s border population remains a flexible amalgam of different national identities, histories and cultures.