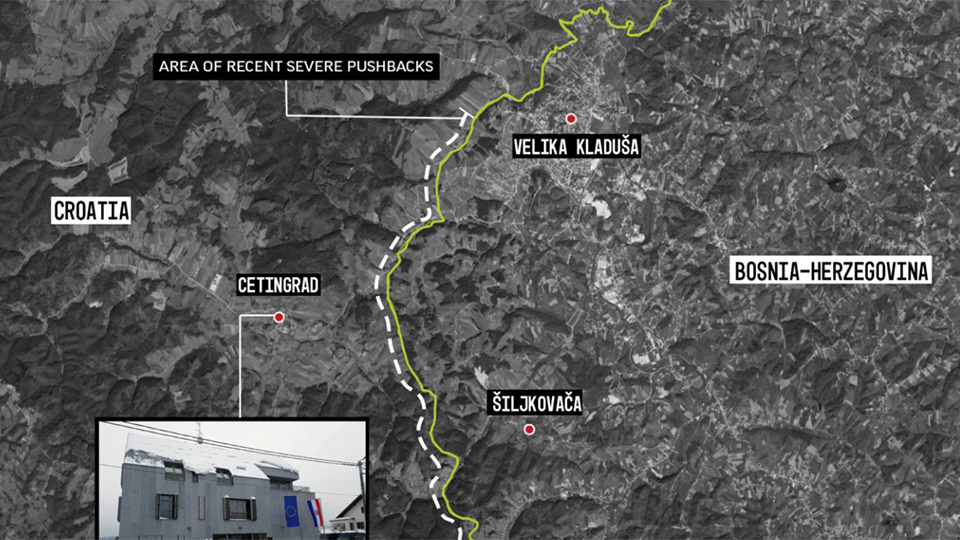 Since 3 October, at least 36 people have been illegally rejected from Croatia to Bosnia and Herzegovina. According to field observers of the Border Violence Monitoring Network (BVMN), formed by a group of civil society realities, physical assaults of extreme violence have been recorded.

The repetition of these attacks on migrants in a rural border area south-west of Velika Kladuša in Bosnia and Herzegovina, according to BVMN, “suggests that the violence is the product of a concerted and not random effort by the Croatian police to discourage transit and brutalise travelling groups in early autumn“.

The activists’ complaint is confirmed by Danish Refugee Council (DRC) which, as told by the Guardian, in a report on the situation reported a wave of brutal attacks in this border area, also thanks to audio – video – photographic documents collected by the migrants themselves.

In particular, a series of horrible cases have occurred in the border area of Šiljkovača, outside Velika Kladuša, in the last two weeks.

“The testimonies collected from victims of illegal rejections are terrible,” said Charlotte Slente, DRC Secretary General, presenting the report. “More than 75 people in a week have all independently reported inhumane treatment, savage beatings and even sexual abuse.“

“All the people interviewed reported visible injuries from beatings (bruises and cuts) as a result of alleged violence by the Croatian police,” the DRC report states. “According to statements provided by the interviewed victims (with visible evidence of their injuries), the illegal rejections included brutal and extremely violent behaviour, degrading treatment, theft and destruction of personal items“. One of the testimonies includes a report of serious sexual abuse.

All of this happens every day, all of this happens in Europe. Already in June of this year, it was evident that there was no talk of carelessness or indifference of the European institutions towards the behaviour of the Croatian police on the border with Bosnia and Herzegovina, but of real complicity.

EU officials were accused of “scandalous cover-up” for concealing evidence of the Croatian government’s failure to control the police, repeatedly accused of robbery, abuse and humiliation of migrants at the border.

Internal e-mails from the European Commission to the Guardian revealed that officials in Brussels feared a negative reaction when they decided not to disclose Croatia’s lack of commitment to a monitoring mechanism that ministers had previously agreed to finance with EU funds.

How much time, how much public money, how much energy is spent every day to hide the violence against migrants? Why not invest all this in the implementation of the Global Compact, for legal and safe migration? The results could improve dramatically, while Europe would regain the dignity of its human rights-related identity.