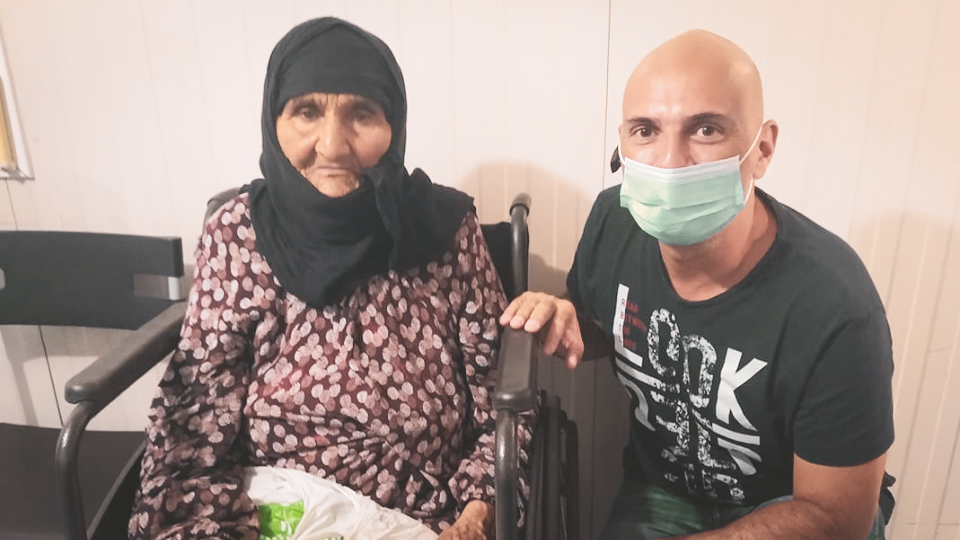 On the island of Lesbos, treating migrants

“These years are unforgettable for me. They changed me as a man and as a doctor. It changes the way you look at things, the importance you give to them. These years have changed my life.”
Dimitris Patestos is a doctor, but has been dealing with lives on the run for years now. Born and raised in Lesbos, in fact, migrants – who for many people are a faceless category of numbers – have become his patients.

“As for me, actually, this story starts in 2004. I was a young intern, working in the hospital, on the island where I was born. Every evening, even then, 30 to 40 people a day would arrive. We would go through the emergency room and examine them, blood tests, x-rays, for a basic clinical picture. After the visit, they would take their Greek police ID and continue their journey,” Dimitris says. “In 2007, the first camp was opened on the island. It was also a former barracks, as it continued to be. We used to go to them for medical examinations. I remember as if it were today that it was a shock for me: there were 1,000, 1,500 people – depending on the period – living in incredible conditions. All together, women, men and children. Drainage channels ran through the structures, an unacceptable situation. Those images marked me, something had to be done.” 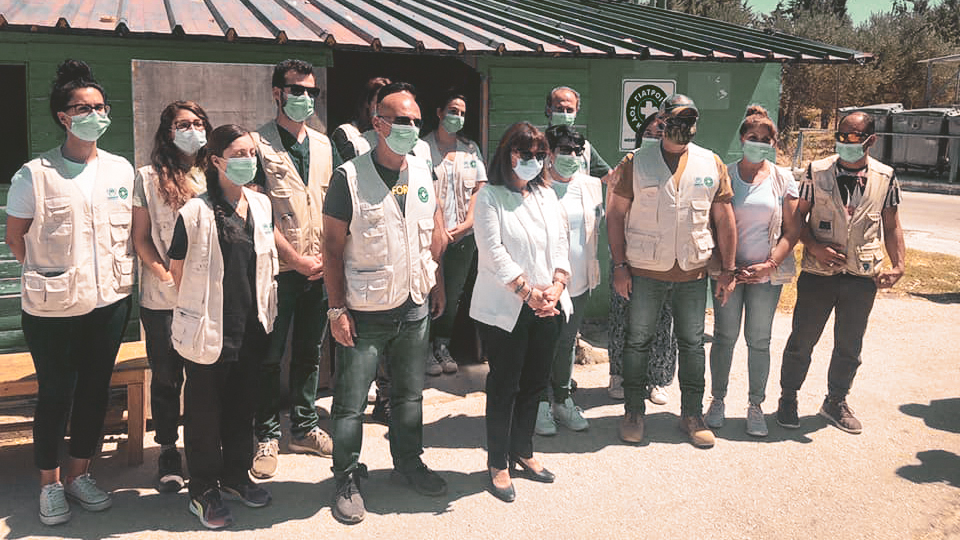 For Dimitris, the opportunity came in 2015, at the height of the refugee crisis. His desire to be a doctor on the front line, after a major experience with the Ebola epidemic in Sierra Leone, had brought him back to his island, where with a large non-governmental organisation (Médecins du Monde), he began working in the camp that had been set up in 2013.

“The situation was very serious: up to 7,000 people a day were arriving at the port of Mytilene. We did what we could. You were faced with all the evil in the world, in different forms. They could be chronically ill, often children, carrying the economic inequalities of this earth. They might be chronic illnesses, often children, suffering from the economic inequalities of this earth, trivial pathologies which, in the West, do not cause any problems and which, on the other hand, if you are born in countries such as Afghanistan, mark you. Others had orthopaedic and dermatological problems contracted during the journey. And the torture and trauma. Dramatic stories, where you could also see the differences: the Africans had signs of brutal violence, while the Syrians seemed to have been tortured by professionals. And the women, with their weight of sturgeons. Imagine being in a room, surrounded, by policemen and other people, having to tell your story, the humiliation you suffered, the violence. Many couldn’t do it, it was a hard situation. Others lied, of course, because a system has been created where you only get by with lies: I would do it too.”

Dimitris is a citizen of Lesvos, like those the media portray as enemies of migrants. In all these years, how much has the situation on the island changed? How is your commitment experienced by your fellow citizens?
“Lesvos is always the same, it doesn’t change. Until 2015, the only difference was that people didn’t stay on the island and left immediately. There is a minority of extremists, there always have been, fomented by interests outside the island. Then there are the islanders, with their shy, sometimes closed character, but who have nothing against the migrants. On the contrary, many of them have helped them and continue to help them, as islanders do, with concrete things. They are just fed up with the promises of European politics, Athens and so on. The majority of the population of Lesvos understands the migrants, but they can no longer bear the idea that no one is solving this situation and that the same mistakes are being made over and over again,’ Dimitris says. ‘It seems absurd to me that we cannot solve this situation with simple measures, as if there was no will to do so. So much money is being spent, leaving the premises and the migrants in a dramatic situation. Think of the new temporary camp after the old one burned down. It was clear to everyone that it was an absurd solution, we all knew that the old military polygon was an unsuitable place, due to the pollution of the soil and the location. Yet they went ahead anyway, spending money, without resolving the situation.” 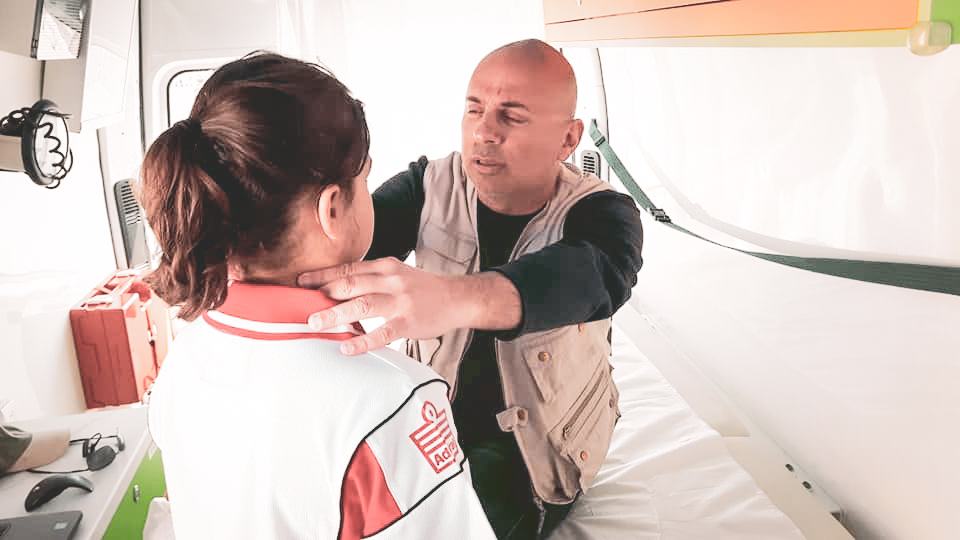 Over the years, Dimitris has met so many lives. Many are the stories he remembers. “Every day, for years, you meet people who come from a terrible experience. It’s hard to tell any of them, but for sure there’s always someone you keep remembering, like the Afghan boy who had nothing, but offered me a cigarette, or the African boy who showed me his YouTube videos when he was doing his rap concerts in Cameroon. He had a fractured foot, he was leaning on a stick, but if you had the patience to listen to his story he would smile. And then two little sisters, from Syria. You could see right away, in the hell that was on the dock, during disembarkation, that they were from a wealthy family. They struck me, dressed as if they were going to a wedding. They spoke perfect English, their mother had taught at the Faculty of Medicine in Damascus before the war. And seeing them there, scared, separated from their parents during the police charges against the migrants’ gatherings, I called them and asked them to translate for me with the Syrians who did not speak English. I still remember how happy they were with that gesture, they smiled again. This is what I always try to tell my friends: these people are coming from war and until they have reached their goal they will stop at nothing. We would do the same in their conditions, we just don’t remember it.”