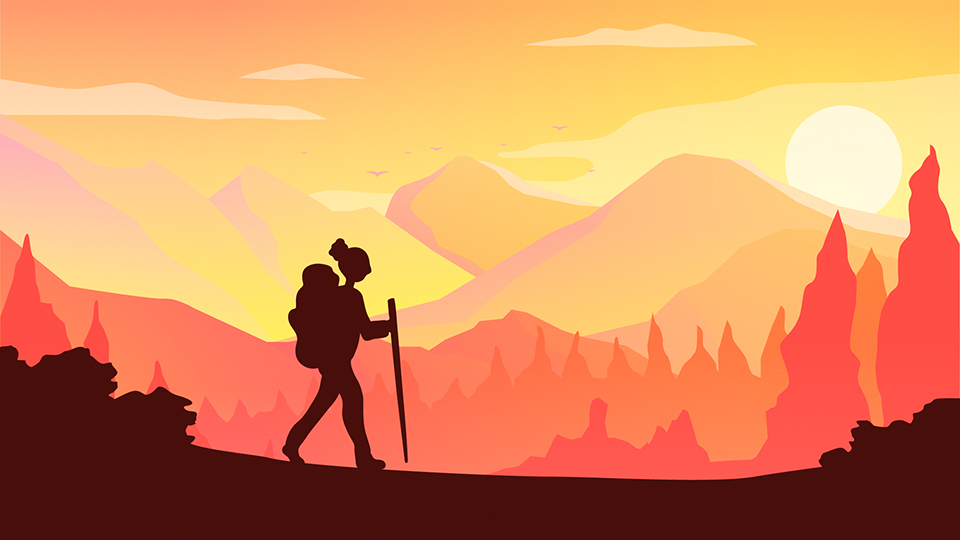 “I believe that the high school period in Trieste had a decisive impact on my education, on the way I looked at the world and on the choices I made. In the two-year period 1995 -1997 I had the good fortune to attend the United World College of the Adriatic, in Duino. My father dreamed of an academic career, but sharing an experience with refugees from Rwanda, Israelis and Palestinians, boys from former Yugoslavia marked me”.

Ermira Kola, in turn, came from the Albania of transition, which lived turbulent years in that period. Since then, she has never left Italy, where she still lives today. In Bolzano, after a period in Padova, since 2009. And it is since 2009 that Ermira has been taking care of the others. Which, after all, others are not, because whoever is in trouble today can be the person who will help in the future in turn.

“I came to Alto Adige out of love. He didn’t want to leave his mountains, I was interested in studying German. I started a training course to work in social work – which is a very active and very broad world here – and that’s what I’ve been doing ever since. I worked with Caritas, I started as a mediator, in school, for Roma and Sinti. It was an enlightening experience. Then homeless women, ex-cons. And finally, on May 1, 2014, in the world of refugees and asylum seekers – says Ermira – The beginnings were difficult, here there had never been a particular experience in that field. My first group, in a structure, was composed of 24 boys, almost all from Gambia, with three Nigerians. They threw me into the fray, it was necessary. I still remember each of them. They wore the wounds of their journey, of Libya, and little else. They slept for a week, exhausted. Every once in a while I’d check that they were alive! I wasn’t prepared. Nobody here was. I felt responsible: I was their first contact with a new world, after so much pain, it was an enormous responsibility. I didn’t fully understand, at the time, that they had more capacity than me, after what they had lived through, to get by.”

Then begins the period, in particular 2015, when the Balkan Route explodes, where numbers grow and Europe, after a brief opening, closes in on itself. “On platform 1 of Bolzano station there was a huge, helpless crowd. In the end they only asked for a sandwich and a bottle of water, the border was porous. Then they started coming back, from Austria and Germany, and here they didn’t accept this situation. About 150 Afghans, Iraqi Kurds and Pakistanis stayed on the streets, many of them are still here. Little by little they made a life for themselves, but for months – according to a system that cannot give long-term solutions and that needs to be rethought – they drank river water, they cooked with that water, they lived as invisible. I was very rehearsed and they comforted me. They got by on their own, because they’re going to make it beyond our rules.”

For social workers like Ermira, over the years, there are many significant encounters, but there is always some story that remains on you more than the others. In Ermira’s case it’s that of Ezatullah.

“A huge man: muscular and tall, who always seemed to frown. He only spoke pasthu, nothing else. Even the other Afghans thought he was a hothead, if something happened in the centre it was always his fault. He reminded me a lot of northern Albanians! One day it was snowing hard, my bike was covered with snow! A gesture asked me if I would really come home with it, getting help from a guy who spoke better Italian told me to let him know when I got home safe and sound. That gesture impressed me a lot. As soon as he got permission, he left for Greece, in a few minutes, as Afghans always are. They don’t accumulate anything, like they should never put down roots. A year later, at the end of the season, he returned to Bolzano. Those were difficult days in the city, I was afraid he might get lost to survive with bad choices. Despite his firm refusal I lent him some money, to get a place to stay and not to live on the streets. As soon as he got a job, with his first salary, he gave me everything back. More than that. When I pointed out to him that he had given me more money, he told me to use it for someone else in trouble. We still talk to each other, he calls me ‘boss’, I call him ‘boss’. We’re wondering how we are, not much more. But that’s enough sometimes.”

Ermira and Bolzano. A border town, crossed by border lives. That can also change your mind about borders. “For me, who came from Albania, the border was a very material idea. Barbed wire, walls, solid and impassable. I still remember the struggle to get a visa in 1995, the refusal to go to Croatia in 1996. Today I am still amazed by the idea that in the mountains, in a few steps, almost without realizing it, you can be in Italy, Switzerland or Austria.

“Today I am still amazed at the idea that in the mountains, in a few steps, almost without realizing it, you can be in Italy, Switzerland or Austria. Today, I’m sorry to say, for me the border is dead. I can’t help thinking about those guys jumping off a train a few kilometers from the station. And they become numbers, even when they’re one. A 17-year-old Eritrean boy died jumping, but he’s nameless. Of course even here, in the areas around Bolzano, there are borders, visible and invisible, and I will never understand those who do not want to learn the language of others. Because that’s a very dangerous border.”