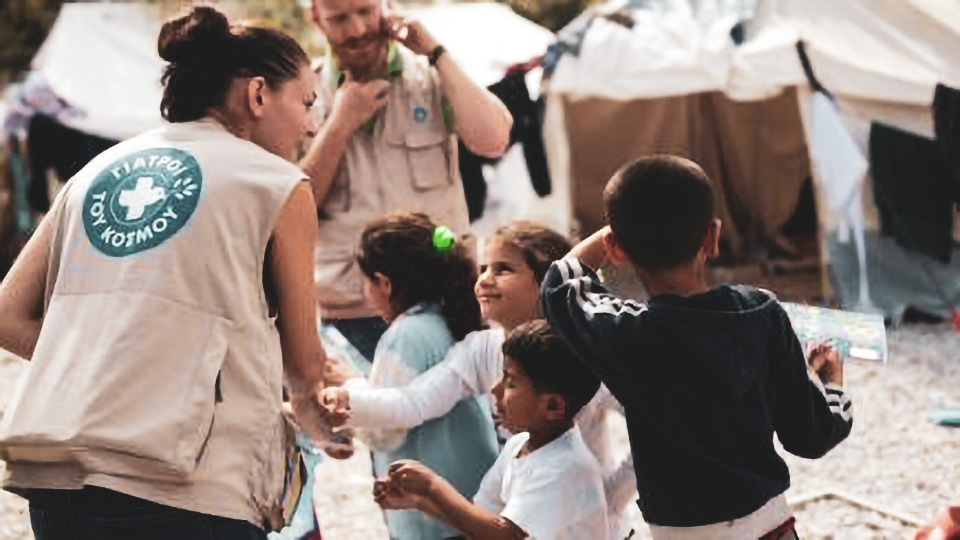 Their names are Erofili Papathanasiou and Orestis Spiliopoulos, and they are two Greek doctors. And they are among the people who, while everyone is talking about the refugees on the Greek islands, are acting on their sense of a doctor’s job, of helping – always and in any case – others.

“My name is Erofili, I am 26 years old and since June 2020 I have been living in Mytilene, on the island of Lesvos. I worked for one year as a doctor in the island in a village as part of my rural service that is mandatory to work in the Greek public health system. As an intern in the island’s hospital, I came into contact with the refugee population from my first days on the island, as the medical services in the Moria refugee camp were at a primitive stage and most cases, especially the more complicated ones, were treated in the hospital. In September 2020, a fire destroyed the Moria refugee camp, leaving thousands of people without shelter, food or medical care who fled to the streets near the city, blocked by police units arriving on the island from the mainland. A desire to help in any way I could, down to the urgent need for some basic health services in the field, led me to communicate with the local Medecins du Monde (MDM) committee and offer my services as a doctor in the field. When I was working in public hospitals, I volunteered in MDM facilities in the temporary refugee camp in the new Kara Tepe. Also, as a student I contributed in the field research conducted of a collaborative program between the University of Bern and the University of Athens to monitor the health and living conditions of refugees and migrants during the current COVID-19 pandemic.”

“I started working as a doctor in Lesvos just over a year ago, doing my rural service in a village here on the island,” Orestis says. “Since at the same time I was attending a master’s program at the University of Athens, I volunteered at the Medecins du Monde outpatient clinic in the Kara Tepe refugee camp. I collected some questionnaires from people living in the camp, participating in a master’s project, with the aim of assessing their mental and physical health in relation to their current situation as migrants or refugees and their living conditions.” 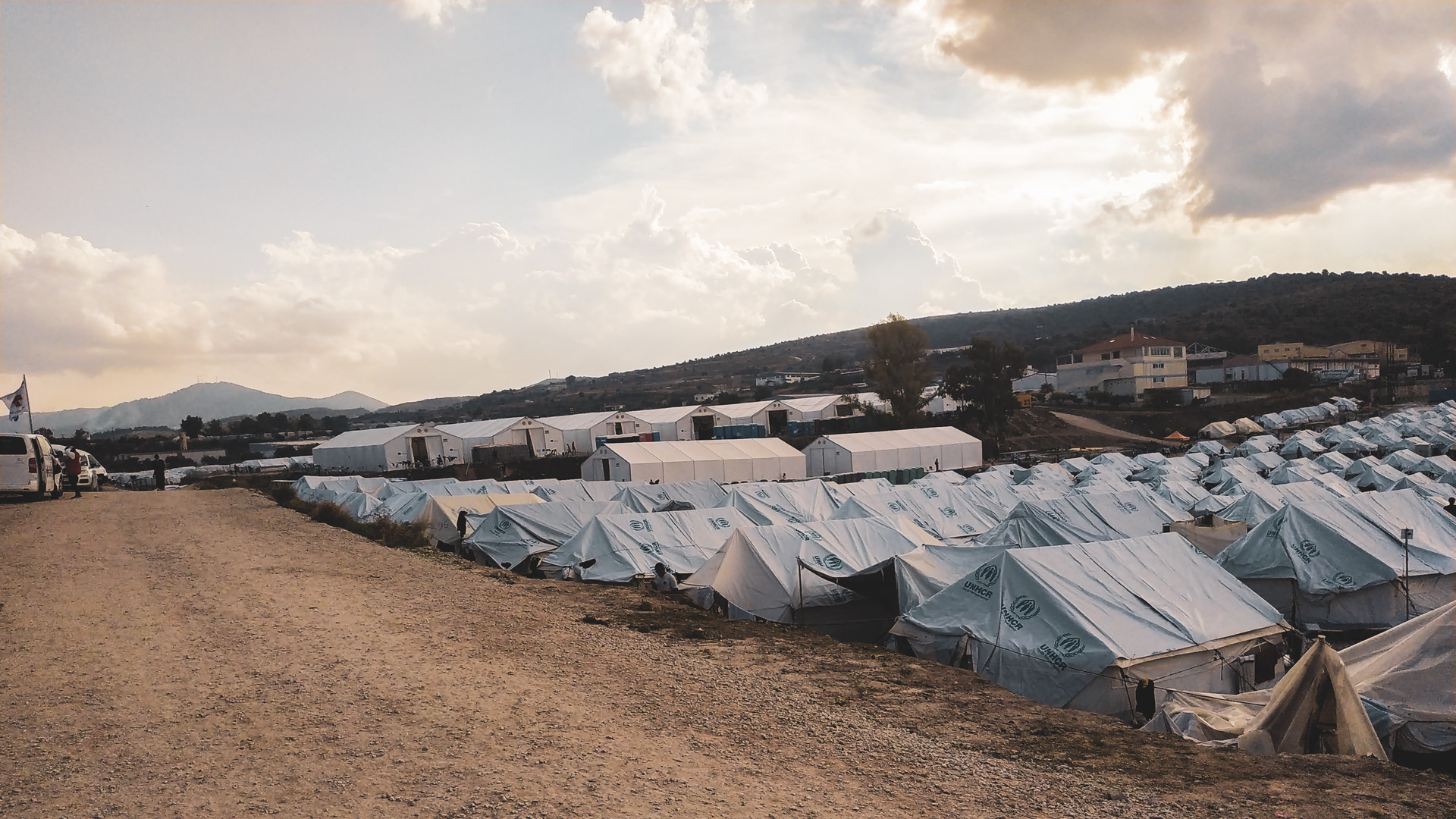 Erofili and Orestis are two of the many Greek citizens, always under-reported, who have rolled up their sleeves to help men, women and children, calling them by name, as you must when you are a doctor, without just calling them migrants or refugees, listening to their stories, which all look the same, but are all different.

“Lesvos is a Greek island a few kilometers from Turkey that during the European migrant crisis became one of the main entry points for migrants from the Middle East into the EU. Even now that the number of people crossing the borders has significantly decreased – Orestis says – there is a refugee camp on the island with many people living in poor conditions. The problems of the Kara Tepe camp cannot be told in a sentence or a paragraph, but the fact that people still live in tents without protection from heat or cold is only an indication of the living conditions there.”

“In the new Kara Tepe camp, living conditions, especially in the first few months, can only be described as poor, as thousands of people lived in a fenced-in area, in tents with their families or in large tents by the hundreds if they were traveling alone,” Erofili says. “The tents were exposed to harsh weather conditions during the winter, with the temperature dropping as much as several degrees below zero some days, while during others heavy storms warmed the area. In addition, water supplies were far less than sufficient for the number of people living in the camp, making it impossible to maintain basic hygiene principles. As a result of poor living conditions and crowding, health problems such as skin infections like scabies, respiratory infections, and gastroenteritis were common, as were mental health problems. In addition, chronic health problems such as hypertension and diabetes were really difficult to follow and consequently to regulate.” 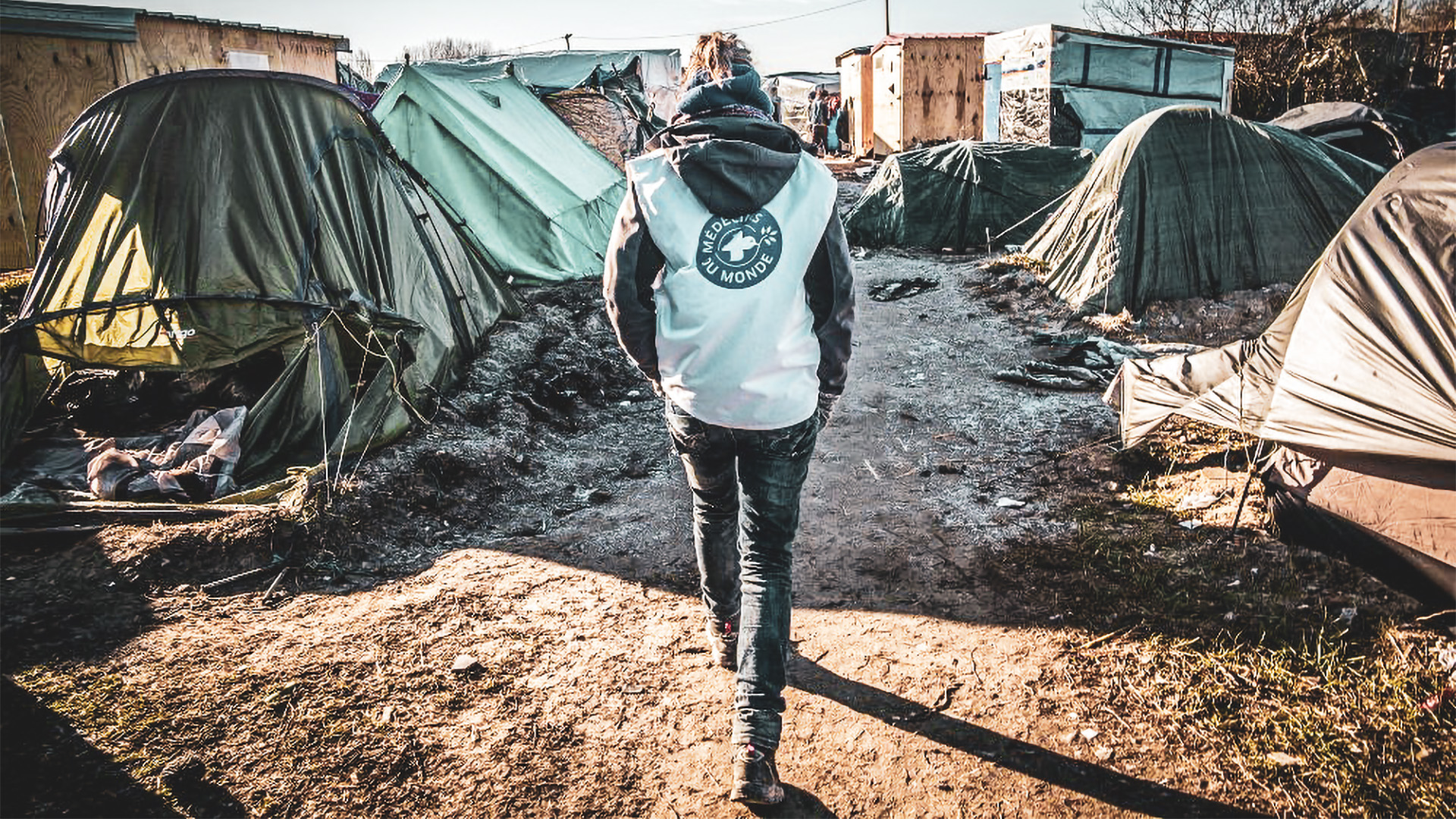 The testimonies of two doctors should become an alarm for everyone, because as it is now widely demonstrated it is not certain migrants who bring diseases, on the contrary, but it is the living conditions in the camps that represent the greatest danger to public health. Despite this, in the end, the public perception is a different one.

“In the time I’ve spent on Lesvos, and from many conversations I’ve had with locals about the refugee crisis over the past few years, I would say that public perception about migrants and migration has changed for the worse,” Erofili says. “The island of Lesvos has received hundreds of thousands of refugees and migrants since the refugee crisis began in 2015. As the growing refugee population has remained on the island and there has been no government planning to address the situation, far-right voices have begun to arise among locals. A common opinion I often come across is that ‘we were not like this. We used to welcome refugees, but after all these years of seeing the situation remain the same, and hearing that everything will change but nothing does, we are tired of the situation’. The lack of infrastructure and a centrally organized plan to address the problem has left refugees and locals in a reality from which no one is satisfied or can escape. As a result of this heated situation, incidents such as the racist pogrom against refugees in Sappho Square in 2018 and violent conflicts between locals and police in February 2020 after the announcement of the construction of a new refugee camp have marked the recent history of the island.”

Orestis also has the same perception. “Even though I’ve only been on Lesvos for a year, I would say that the public’s attitude towards migrants here on the island is mostly hostile or indifferent. When the first refugees arrived a few years ago, most of them from Syria, there was a wave of solidarity from many locals that gradually gave way to feelings of distrust or hostility. In general, it is difficult to gauge the opinion of an entire community on an issue from the eyes of one person alone. However, in my experience in the year I lived on Lesvos, the voices of those who were against migrants and migration-often with nationalistic arguments-were certainly louder than those who supported solidarity, mutual respect, and integration.” 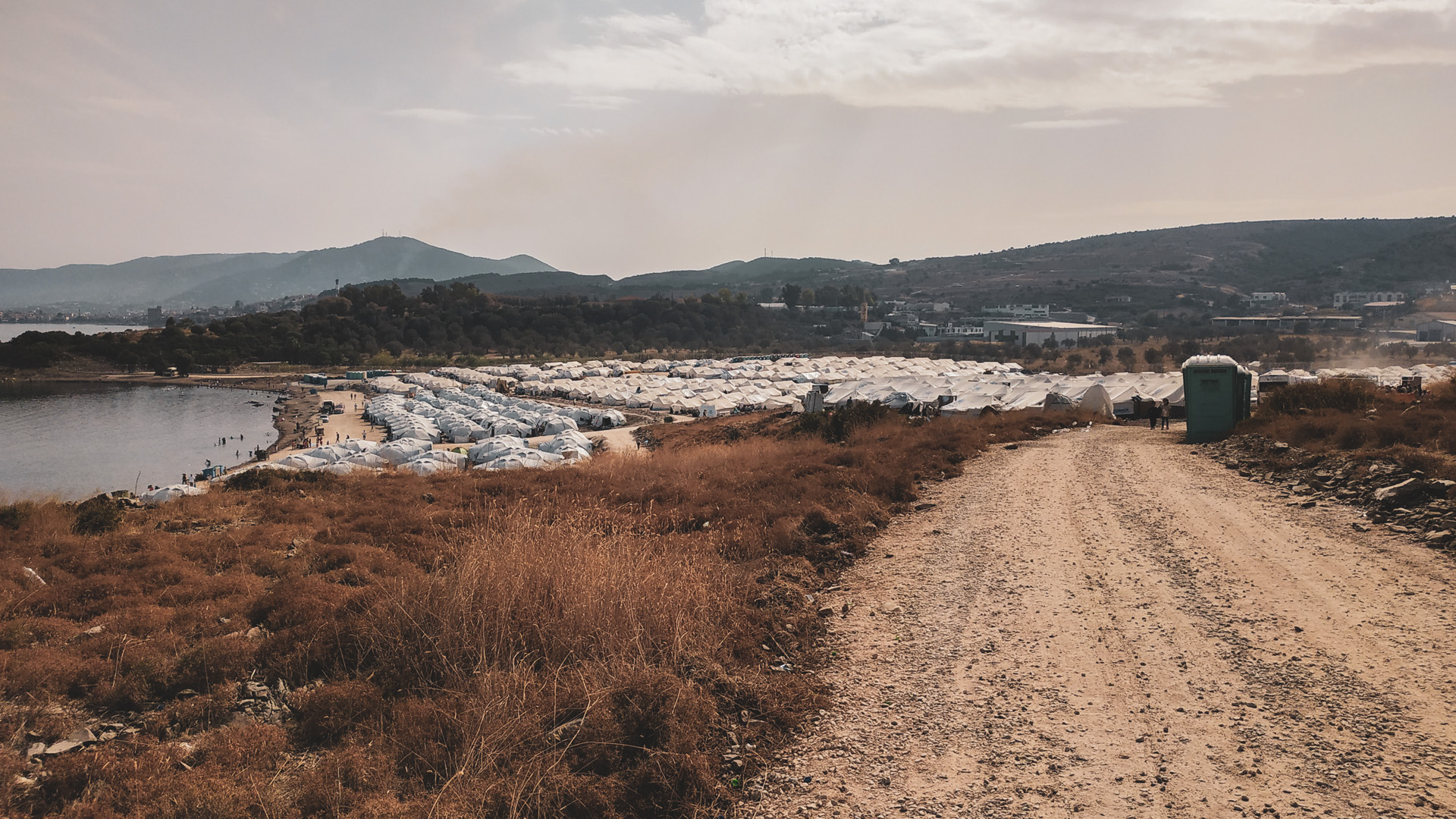 Despite this hostile narrative, Orestis and Erofili remain in the field, doing their jobs every day, caring for those who need help. Carrying with them, forever, the stories they hear.

“I wouldn’t say there was one specific encounter that made a mark on me. However, all of the individual stories of the people living in the camp that I met really resonated with me,” comments Orestis. “Regardless of their legal status as recognized refugees or not, every single story I heard completely justified their choice to flee their country to find a better future. In a way, all these encounters made me understand more clearly the humanitarian aspect of the migrant crisis, an issue often discussed by referring to people as numbers.”

“From my small experience of working in the field over the past few months, I cannot pinpoint a single encounter that has marked me. I feel that working in a place like Lesvos, deeply scarred by the refugee crisis of the last few years, where you come into contact with refugees, the consequences of those inhumane conditions in which they live, and the impact of huge migratory flows in a small society like an island, changes you in ways you often don’t even realize – concludes Erofili – Trying to recall memories of the past months, I come across faces filed with agony, people living with nothing, far from their families and homes, in a foreign place with an unknown language. All of these faces and each of the people I’ve met over the past few months have deeply affected me and changed the way I view the practice of medicine and our world in general.”