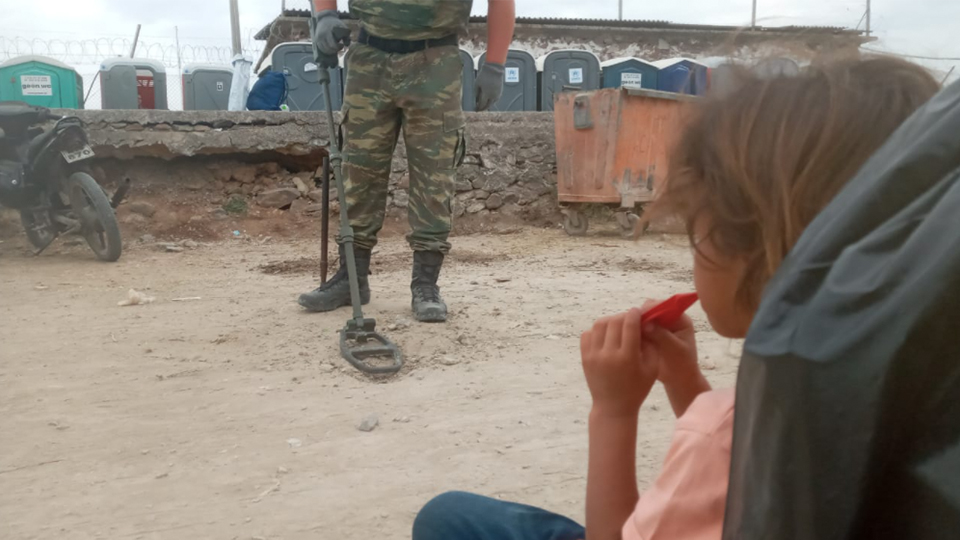 Human Rights Watch warns about for the Mavrovouni centre in Moria, Lesbos Island

According to Human Rights Watch, thousands of asylum seekers, humanitarian workers and international staff may be at risk of lead poisoning in the new migrant camp on the Greek island of Lesvos. The camp was built on a former military firing range after the fire in the Moria camp.

“Shooting ranges are commonly contaminated with lead from ammunition,” says Human Rights Watch (HRW), in a report published on 8 December. The document claims that Greek authorities “did not conduct comprehensive testing with respect to the presence of lead or soil decontamination before moving migrants to the site, Mavrovouni camp, in September 2020.”

The Mavrovouni camp was first used as a firing range in 1926, according to HRW, and only ceased military use in September 2020, when the site was converted into a temporary camp for migrants and became known as “the new Kara Tepe camp”.

HRW states that there may still be “unexploded mortar shells and light weapons ammunition on the site that could injure or kill if handled”. HRW claims to have received photographs taken by migrants of Greek military personnel searching for unexploded ammunition after they had already moved to the site.

Belkis Wille, HRW’s senior researcher and one of the authors of the report, called on the Greek authorities to “promptly conduct a full assessment of lead levels in the soil and publish the results”.

Wille added that it “is inconceivable that thousands of adult and child migrants, along with aid workers, are on a former firing range without the necessary measures being taken to ensure that they are not exposed to toxic lead”.

The Mavrovouni camp currently houses around 7,517 people from – mostly – Afghanistan and Syria and, according to Greek Immigration Minister Noits Mitarakis, this is a temporary solution pending the construction of the new camp, which is expected to be operational in September 2021.

Minister Mitarakis himself commented on HRW’s report stating that there is “no lead contamination” at the camp, but HRW commented that he “did not provide any evidence to support this claim”.

However, the Greek government and the European Commission agreed to conduct a soil analysis of the site by mid-December. The methodology of such an analysis, the areas to be tested or the exact nature of the analysis “have not been revealed,” HRW said.

According to HRW, the lead present in the soil due to bullet residues “can spread through the air, especially in dry and windy conditions, which often occur on Lesvos”. Lead is one of the heavy metals that has been shown to be ‘highly toxic to humans when ingested or inhaled’. It is particularly problematic for children and pregnant women.

Greek authorities told HRW on 19 November that 2,552 people in the camp were children, 997 of whom were under five years old, and that there were 1,668 women in the camp, 118 of whom were ‘five months or more pregnant’.

HRW adds that lead degrades slowly and “can remain dangerous for decades”, according to the World Health Organisation (WHO).

Some migrants sent HRW photos of ammunition they found in the ground near their tents. One of these included “an intact 60 mm mortar shell. […] The mortar can explode if it is moved’.

HRW called on the Greek authorities to provide “free blood tests and treatment to camp residents, aid workers, police and others who may have been exposed”. They said the tests should give priority to children and women of reproductive age. Anyone exposed should be “moved to a safe place”. HRW also suggested moving people to the mainland rather than “keeping asylum seekers on the island” in these conditions.

“The right to health and the right to a healthy environment are enshrined in international law and the Greek constitution,” said HRW, which calls on members of the Greek parliament to “pay attention to the fears of possible lead contamination in the Mavrovouni camp and to assess the Greek government’s compliance with its obligations under national, European and international law.”