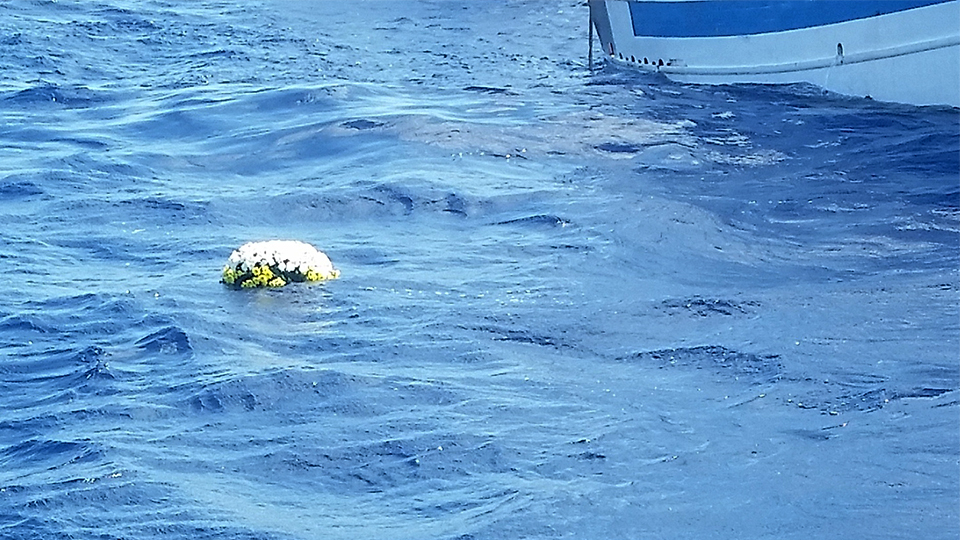 Insights from Africa on contemporary migration flows to Europe

For Lampedusa, the small Italian island city at the Mediterranean Sea with a charming scenery, the memory of the 3rd October 2013 tragedy that claimed the lives of 368 African migrants, the vast majority of them Eritreans, is still fresh. Apparently, there has been nothing different that could have erased this misery. The city is still experiencing an incessant flow of migrants to its coast and news of death associated with this is almost an everyday incidence.

Even this year as the world, Europe in particular, is heavily hit and shaken by the COVID-19 pandemic, desperate migrants do keep on making a deadly journey to the coast of Italy, crossing the Mediterranean Sea by shaky boats, departing mainly from Libya and Tunisia. Aljazeera has recently reported nearly 8000 Tunisians arrived in Sicily up to August 31, 2020 a number almost six times higher than the same period last year. On August 31, more than 360 people were rescued at sea and brought to Lampedusa. The pandemic couldn’t even curve it as the people and politicians in host and transit countries may have expected.

A year ago in October, invited by Europe based ‘Snapshots from the Borders’ project through Amref Health Africa-Italy, I grabbed the opportunity to attend events that marked the 6 thyear’s anniversary of, the symbolic Mediterranean tragedy in Lampedusa. During my two days in one of the smallest cities in Italy, I could see in the daily conversation, be it formal or informal, of the elites and the public at large, in their art works, paintings and photography, that the 2013 shipwreck was still fresh in their mind. The stories and figures I happened to hear; the images (photos and videos) I happened to watch, the discussions I showed up were all highlighting the endless dramatic incidents in the Mediterranean Sea, making it the ‘sea of death’ as much as the ‘sea of life’.

“The Mediterranean Sea was a sea of life, not a sea of death,” Totò Martello, the Mayor of Lampedusa remarked as he spoke to the gathering in one of the events. I witnessed both. A short walk by the sea in the island of Lampedusa would give you a glimpse of stirring images of life – people at the beach enjoying; fishers fishing for their daily meal and sell; some just sailing their boats for fun and others on their bikes riding by the sea, and many more. Again, a short talk with someone would, on the other hand, bring you stories of plights of impoverished migrants mainly from Africa, which I could hardly be eager to hear. To my shock and grief, it was reported nearly 18,000 migrants perished trying to cross the Mediterranean Sea between October 2013 and 2019.

More than the figures, what left me in a deeper grief was the Memorial inauguration where we had a night gathering around 3pm to tribute those drowned in the dark blue sea of the Mediterranean six years ago, and thereby pronounce “Never Again”, a cliché that is put forth again and again everywhere a similar crisis occurs.

Standing there close to the Memorial in silence, and struggling to stifle my tears as I scanned through a long list of names of young brothers and sisters from Eritrea and Ethiopia was a distressing experience. It was even more aching to see survivors walking round the monument and looking on names of fallen compatriots. Some of them may have come from the same village, fled together and died together. 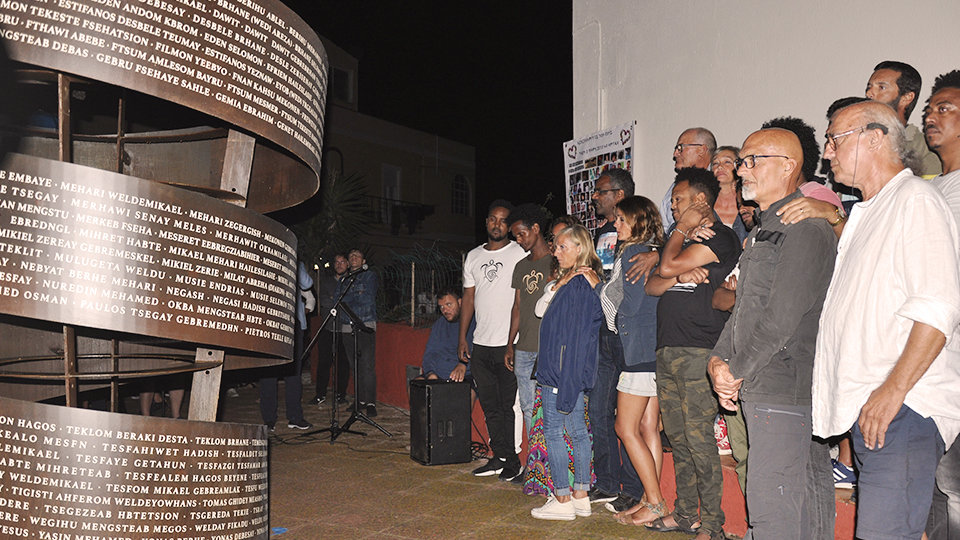 I was particularly touched by one of the young men, who, screwing up his eyes, stared right at his brother’s name; the name he would fondly call as brothers grown up together under the same roof. He could make it to Europe, but his brother couldn’t, which tells loud about the fate of most of the irregular migrants.

The compelling stories shared at the night gathering of the memorial inauguration by Eritrean survivors, the commemorative march to the ‘Gate of Europe’; the voyaging to the site where the shipwreck happened and the flower placing ceremony on the stretch of water were all heart breaking and alarming.

These our brothers and sisters rested in various cemeteries in Lampedusa as unidentified migrants as if they never had a home country, families, and names. They were identified only with a number as an unknown human beings, with their graves unnamed. “I wanted to give a name to these human beings, men, women and children that after their death have been buried in various cemeteries and identified only with a number, the indifference of that night has made that dawn never come for them”, Vito Fiorino, the designer of the statue, put a note near the Memorial. 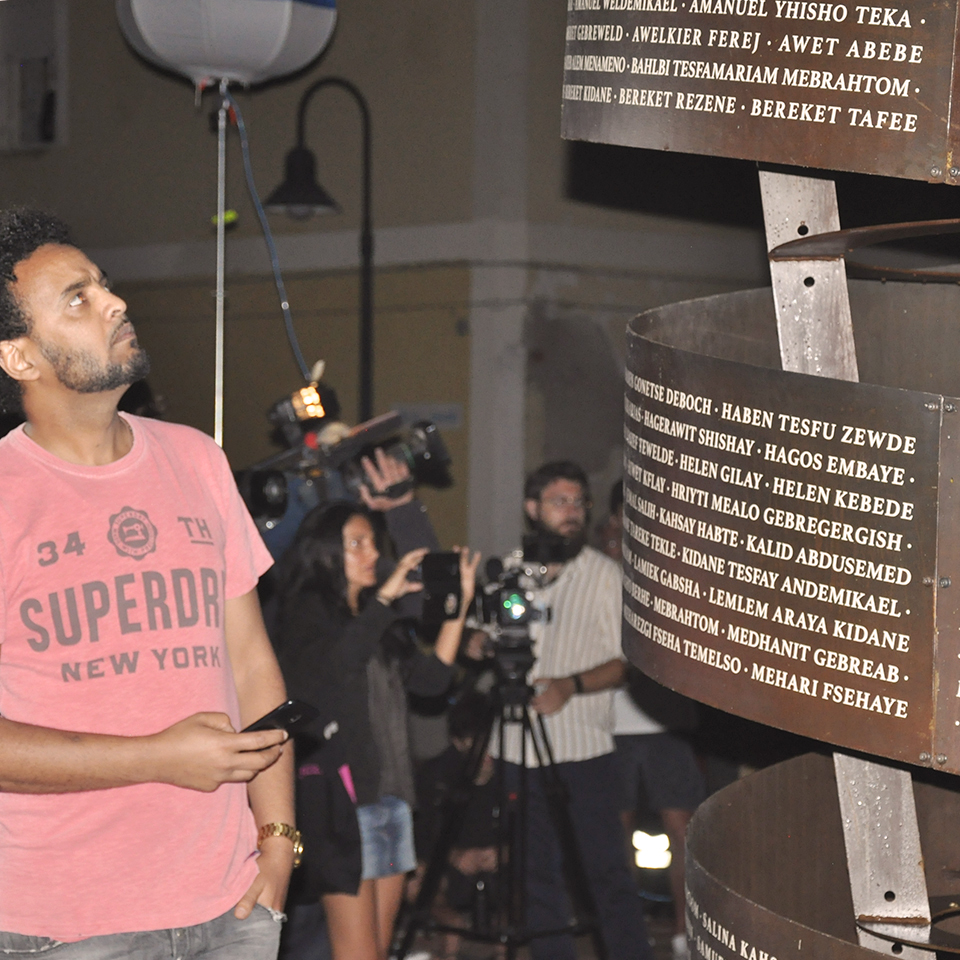 I wonder what our leaders could have felt had they been standing there at the Memorial, with their eyes walking through the names of the deceased (names collected later). I honestly wonder how they could have reacted had they been on board in one of the boats surfing towards the stretch of water where the flower putting ceremony conducted in honor of the lives lost, those nationals fleeing the countries they rule.

Any regrets? Could they have blamed themselves for their indifference to the fates of their youth as Vito may have blamed the Italian authorities for their indifference to the migrants’ lives regrettably lost, as rescuing was possible as many still argue? Could they have accused themselves of not being able to create an enabling environment for their young people to live in freedom and peace, to work and thrive?

When Will this Misfortune End?

The sad truth is even now our people, young men, women and children are dying trying to cross the Mediterranean Sea; suffering at detention centers in Saudi Arabia, Yemen and in several other corners of the world. From the many unending sequence of migration crisis, and the suffering of African migrants’, the latest has come from Saudi Arabia, where thousands of Ethiopian migrants are detained in a hellish center, as echoed by several international media.

With the recent inhuman treatment of the Ethiopian migrant workers in this oil-rich Arab nation, the lives lost during migration has again hit headlines of the world’s media, and become the concern of many. For several months, the migrants have been locked in small detention centers, leading some of them to choose to die by taking their own lives. The incident has been concealed from the eyes of the world until the migrants managed to smuggle out photos and videos they shot and share with the media. As soon as the stories and images were published, they went viral, causing anger and outrage among human rights activities and even authorities of the countries from which the migrants have come. These human beings are again the lives we are failing to protect and save.

As we condemn such a dehumanizing action by those who lack compassion and any sense of humanity, at home it is also important to question our governments’ stance and challenge their indifference to the rights of their nationals abroad. Most important of all is, however, holding the governments accountable for failing to make their own countries better places for citizens to live and work.

Migration is not a crisis and its drivers are manifold. It has now increasingly been seen as a triple win solution, bringing benefits to destination countries, origin countries and the migrants themselves. In this regard, the initiative made by partners of the ‘Snapshots from the Borders’ project looks encouraging, if not promising, to alter the migration narrative towards this new shift. The project, which brings together several actors in European countries, has been campaigning for a shift on the migration narrative that could give rise to a platform towards human rights-based approach to migration and development, fostering strong linkages among communities; and migrants as a new human development actors. Under the ‘No More Bricks in the Wall’ banner, the project makes efforts to reframe the way many perceive migration and migrants and bring about positive changes in the European policy and decision makers, opinion leaders and citizens’ attitudes.

It is interesting that at the 6th year’s anniversary of the 2013 disaster at the Italian coast, the project came up with a new petition that called for EU institutions to proclaim the 3rd of October as “European Day of Memory and Welcome”, which can be weighted as a milestone to get the change in the migration narrative off the ground. I believe the change will come about with awareness and understanding of European policy and decision makers, opinion leaders and every EU citizen about global migration and pushing factors that determine migration flows although there are several reasons for me to believe otherwise.

I have also high hopes in Saudi Arabia and several other Arab nations where hundreds of thousands migrant workers are exploited and heartlessly abused, positive voices on migration and migrants will come out to help stop the violations once and for all. What follows, which I am longing for, could be a ‘Day of Memory and Welcome’ and stories of change in these countries as well. What might make more sense, of course, is urging government and non-government actors at the home country to work towards curving irregular migration flows of any sort to other countries and protecting the rights of their citizens working and living overseas, and then setting our hopes on the realization of these meaningful move.

Kenaw Gebreselassie works as a Communication Manager at Amref Health Africa in Ethiopia office. The views, thoughts and opinions expressed here belong solely to him, not to the organization he works for.