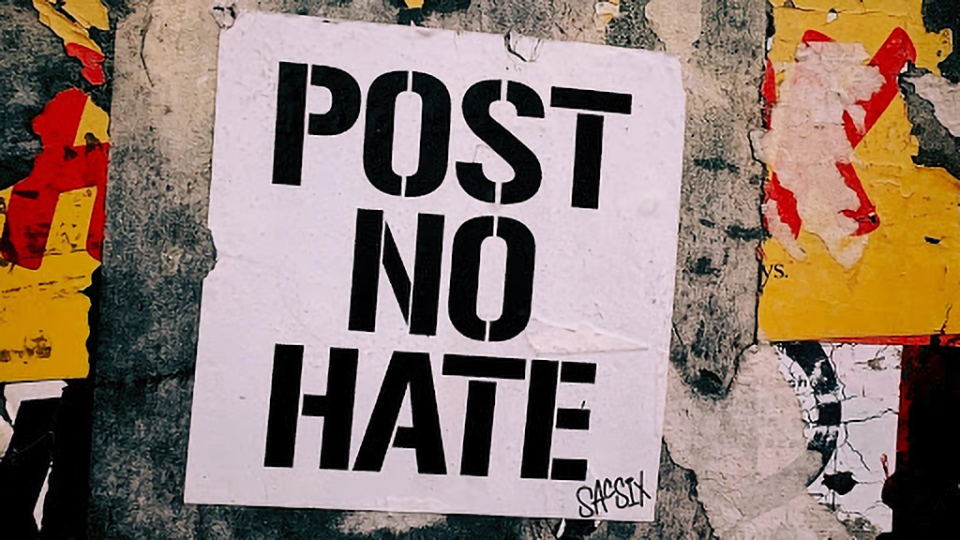 Lies about migrants are spreading in Europe, accusing them of representing a risk of COVID-19 infection. A new study aims to tackle the deluge of misinformation

Threat, invasion, crime, laziness, spread of disease: politicians and media have for years used language that dehumanises refugees and migrants and blames them for society’s problems. A trend which, according to a recent study, is on the rise.

In addition to the direct negative impact on migrants who are attacked and vilified, there is also a change in public narrative on the issue and the protagonists.

This is supported by the work of a research group of the European Centre for Policy Making (EPC), which argues that a new approach is needed for shifting the debate and policies from border security from exclusion to a human, rights-centred and inclusive approach that can really work.

The EPC team, led by Paul Butcher and Alberto Horst Neidhardt, analysed hundreds of online articles on migrants in the Czech Republic, Italy, Spain and Germany.

According to the report, people who publish misinformation about migrants change their message based on the news and also have the advantage of not having to worry about truth or accuracy.

Trying to counter specific examples of “misinformation”, the report argues, by checking the facts and publishing articles that prove the claims are false, is not effective.

Instead, researchers propose that the media and policy makers tell different stories, trying to ‘reformulate’ the debate by publishing alternative narratives. According to Butcher and Neidhardt, we need to be ‘pre-bunking’ rather than ‘de-bunking’.

The COVID-19 pandemic is an excellent example.  According to research, those who spread misinformation – claiming that migrants are carriers of diseases, for example – often exploit widespread fears. These fears are understandable and need to be recognised, but journalists should not help spreading them.

“The emphasis should be on the aspirations and hopes behind the fears,” said Alberto Horst Neidhardt. “Clearly many people are reasonably concerned about their health prospects. But one can also recognise these concerns by highlighting, in the case of migrants and newcomers, what has been the role of medical professionals of foreign origin in contributing to the fight against COVID-19”.

This strategy is more effective than pointing out why those who spread false information were wrong, according to Paul Butcher.

“Nobody likes to feel deceived. If someone has been exposed to misinformation and this has influenced their point of view, probably because they spoke to a particular concern they had, then seeing a kind of counter-message saying, “no, that’s not true, and you have been deceived by it”, is actually very likely to produce a defensive reaction.

“What you really want to do is to first find a way of access and get the reader to recognise that the communicator is trustworthy and has his interests at heart, and then use that to change the subject of the discussion”. … You can then try to focus on hopes rather than fears, or the acknowledge concern, to find another way to communicate about it, which does not simply increase the fascination of disinformation,” said Butcher.

Another think tank, the International Center for Policy Advocacy, made the same proposal in a toolkit for activists in 2018. They said that in most European countries this mobile centre is between 60% and 70% of the population.

It is not possible to know empirically what effects misinformation has on society. Researchers say it is likely to play a role in the polarization of public opinion, and the reports they examined support this claim.

In Italy, according to their research, a narrative of “invasion” has influenced the perception of the extent of irregular immigration, says Neidhardt. Sometimes sometimes it has an impact in the other direction too seems to be in the other direction as well: politicians who have taken migration as one of their key political issues “not only contribute to misinforming the public by spreading the same message, but are often a source of misinformation,” he said.

Even if the media should try to focus on hopes rather than fears in covering the intersection between migrants and COVID-19, for example, this does not mean painting a rosy picture of migration.

“We only advise to try nothing more than trying to emphasise the more objective and balanced narrative,” said Neidhardt. “Even alternative narratives presented by the media are not the end of the story, researchers say. The reason why we need a normalisation of the debate is that without it we will not have good policies. If there is further polarisation and then the political positions become even more radical, it is unlikely that Europe can find a solution together with Greece to avoid situations like those the Greek islands face today,” said Neidhardt.