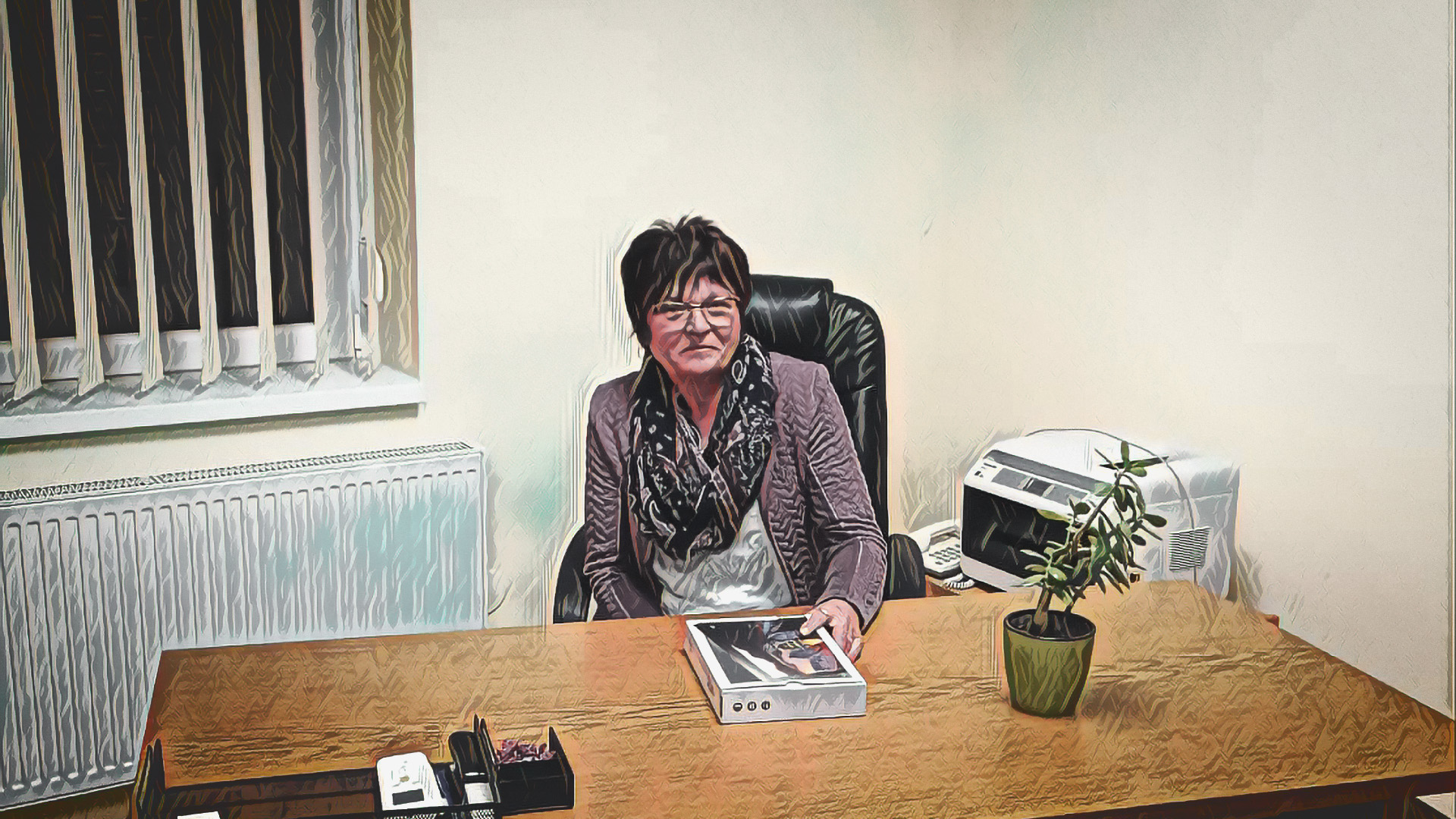 “I still remember one little girl, in the middle of the buses that were ready to leave. She was terrified, she couldn’t find her mother in the crowd, we all started looking for her. I will never forget her relief when we found her mum. For me there are no borders. There is a political aspect, a legal aspect, of course, but in my heart I don’t feel borders, I don’t have a border. There are honest people and bad people, rich people and poor people, people in need and others who can help.”

Istvánné Gavallér was born and raised on the border. Kásád is a small town of a few hundred people, the southernmost point of Hungary. Today, Istvánné is the mayoress of Kásád, on a border that is both physical – just a stone’s throw from Croatia – and identitary, as she, like many others in the region, belongs to Hungary’s Croatian minority.

“Being born in Kásád means being born on the border, it tells the story of a border. At the time of the Treaty of Trianon, after the First World War, suddenly many families found themselves divided by a border. Until the opening of the Beremend Passage, in certain locations on the border, there were people who had to travel up to 50 kilometres to get from one side of the same town to the other. We know the border and the wars in the former Yugoslavia in the 1990s brought many refugees from Croatia and elsewhere to us,” says the mayoress of Kásád. “In Hungary they were welcomed with a spirit of brotherhood, many of them stayed in this region, there were also many mixed marriages with the city Torjánc, in Croatia.”

History, especially on the borders, sometimes returns, although in different forms. It returned to Hungary and the border in 2015, refugees from Syria and Afghanistan arriving along what is still called the Balkan Route. Istvánné is there, ready to lend a hand, as she has done in the past. Before becoming mayoress of Kásád, Istvánné was always committed with social issues, working with families and children in difficulty.

In particular, she worked with the town of Siklósnagyfalu, a municipality of about 400 inhabitants, on the border and a partner in the Snapshots From The Borders project. “I worked in the town and with the communities in the area. A lot of people came, they were helped, they were given food and drink, we took care of them, we helped with translations, in particular we took care of fragile people: children, elderly, disabled people,” says the mayoress of Kásád.

“There was certainly a difference compared to the 1990s, but not because of negative feelings. The refugees who arrived then were very close to the local community, in terms of traditions, culture, language, religion. People here were worried, but they were never hostile. In many cases they called the police when they saw groups arriving on foot, but only out of fear of the legal consequences if they did not. They were never hostile, even the local Ecumenical Church did its best, as we did for the social services, to help these people,’ Istvánné says. ‘After all, the people here know the culture of the border well, we ourselves have been a minority for many years. I feel Hungarian, but also Croatian, we share with the border towns a deep human and cultural relationship, daily, we know the border”.

Families were helped as much as they could and then transported to Beremend by bus or to Magyarboly, where there is a train station, to go to Budapest. “Now there is no direct contact. We realise that someone has arrived only when we see staff from the centres or policemen, but we don’t see anyone anymore – says Istvánné – maybe in other parts of Hungary it is different, but here we are basically a border community and we have always been welcoming to everyone, even if the topic is not easy, because it always arouses a lot of controversy”.

Despite the controversy, however, Istvánné remains the child of a border culture. “For us, being born here was a privilege: growing up between two cultures, speaking two languages, on a trade and tourism route, for us it was a fortune and the relationship we have with our neighbours across the border is a great cultural and human heritage.”