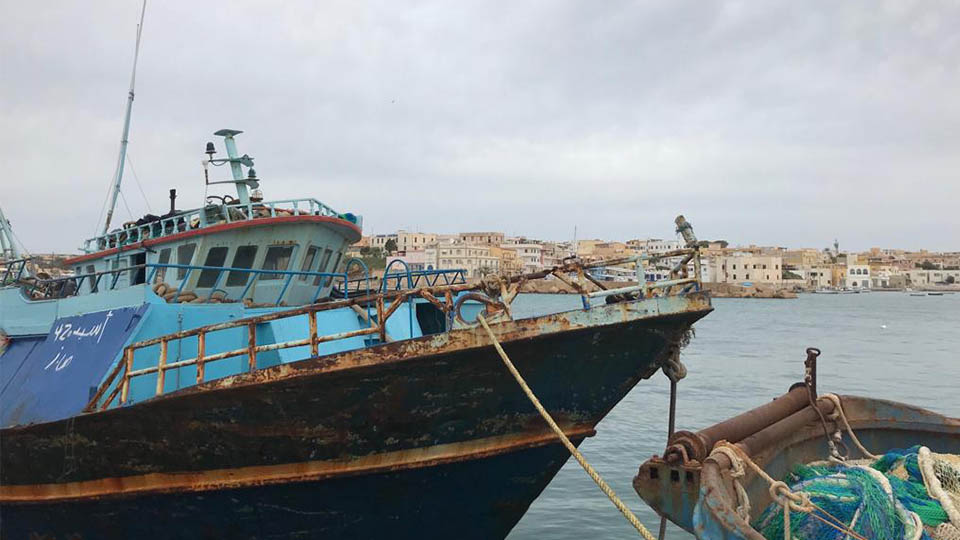 Enzo, the poet fisherman from Lampedusa

“Lampedusa is the place that manages to make you cry both when you get down the stairs of the plane as soon as you arrive and when you get up to go away. You cry for its unique beauty, but also for its being, always, alone, in some ways a bit abandoned”.

Enzo Billeci, from Lampedusa, is a fisherman. His life, his island, his boat. A whole world, in a piece of land in the waves. Until the world arrived in Lampedusa.

“Before 2013 it was a continuous sighting of boats at sea, almost every day. Then, after the shipwreck of 2013, which has shaken a bit the consciences of Europe, the controls have moved further south of the island, because we fishermen of Lampedusa have fishing license within 40 nautical miles, while the rescues take place at 80, 90, 100 miles from the island now. It has happened to me so many times: we saw these boats, we took them on board and called the Coast Guard, who intervened as quickly as possible. We would take them into custody, report any emergencies, if there were people who were sick, if the boat was taking on water, sea conditions and so on. And there are many memories…that stay with you. Some more than others. Once, 40 miles south-east of Lampedusa, just on the edge of our fishing grounds, we see a little boat. I remember blowing 13-14 knots of mistral, in the opposite direction to the route to the island. There were about 45 people on board: all soaked. There was a pregnant woman in the bow; every time a wave hit the boat it was submerged by liters of water. She was completely white because of the salt that had set on her skin. An image that I don’t forget, it held my heart. While we were waiting for the Italian Coast Guard, the Tunisian Coast Guard arrived. I remember their faces, their looks. There was all the anger and disappointment of the world. “We don’t want to go to Italy, we want to go to Europe!” They were desperate. Then, luckily, we cleared up and they understood that we had not called them.

I keep in mind another day when I saw, with calm sea, a ramshackle yellow dinghy, with 40 people on board. One of them threw himself into the water, tending to get on board with us. So much tension, so much fear, we had the nets at sea, it was very dangerous. A moment of panic, but it ended well, despite hours of work lost. I don’t regret anything, but I would do it again. Because I have never been able to turn around on the other side. And I will never understand who can do it.

If you see an accident on the street you stop, if not for humanity not to be accused of failing to help, or of being a hit-and-run driver. And at sea? Why shouldn’t it be like that!? In the sea it’s worse, there won’t be the next car to do what you didn’t do”.

On October 3rd, 2013, however, it did not end well. I will never forget that day. I heard everything by radio and when I arrived on the spot, returning to Lampedusa, they pulled up the last shipwreck. You cannot forget. I really thought that things would finally change: if they did not change after what had happened, when they will do it? Otherwise, it really means that we want the end of humanity. And instead… changes come and go, like governments. At that time something changed, we intervened near Libya, then the rejections until we get to today, where precisely humanity is lost. When I hear “we knew it even before there were lagers” I wonder how it is possible. Tortures, rapes, death, yet they fill the mouth with the fact that there are no more landings. We have only moved the reality away by 20 miles: they don’t land because we let them die there”. 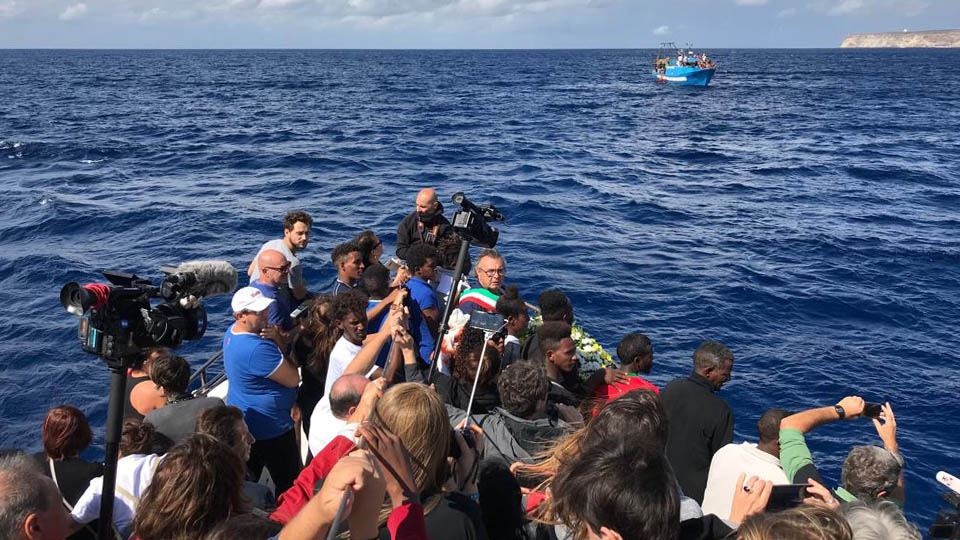 Losing humanity, violating any law of the sea. “They are eternal laws for us, you do not need to learn them from someone who teaches you them. You live them every day at sea. In middle school, I was already doing my schoolwork on a boat in the evening, helping my father who was in charge in the same ship that I am now in charge. I grew up on board, but I was doing well at school!

Let’s be clear! At sea, however, you learned life and humility. The sea teaches you to be calm, serene, ready for anything. Because it reminds you that you are small, every moment, with its peace, its vastness, its silences and all that freedom. I always say: the sea gives a freedom that the earth doesn’t know. All these years, lived in the front line, must be told. And Enzo, feeling part of a historical period that sooner or later will be looked at with different eyes, needs to remember by choosing poetry. With his poems, over the years, he has won prizes and awards. But how did this journey between words begin?

“I started, more or less, fifteen years ago. The words come out by themselves, as soon as I stop I put them on a page. They tell about me, about my life. For this sea, this place, this life, precisely. Family, migrants, tourists, the island, fishing, the sea. To leave a sign of these years that I am living. A memory of what is happening to all of us. And that, by now, is in the memory and in the life of Lampedusa”.

In the island we live well, with all its contradictions. Alongside the infrastructure that is lacking, many problems that should be solved, starting with the behavior of the same Lampedusa, there are the most beautiful beach in the world, which is the Conigli Island, ours is still a living sea, fish, which offers us its fruits every day. For its location the water is unique, transparent and crystal clear, with a continuous and living exchange.

A dream place, next to a population temper that is not common. “The state, the authorities, only live here for the tragedies, allocating funds, but the people are tired. Where is that money, how was it spent? I remember when the management was madness in 2011; more than 10 thousand people left here, on a strip of land. For centuries Lampedusa has been a point of mooring, refreshment, peace, but it could not withstand such pressure.

Thousands of people on the street, hungry, in hustle and bustle. Anything could happen. We Lampedusiani, from fishermen to our families, organized ourselves to feed them, because we understood what they did not understand in Rome. And it is a miracle that nothing happened. The islanders came out, with their practical spirit, and they managed the situation. But we need to give answers to this community.

Yet the thought of leaving Lampedusa never existed in me. “Not now, absolutely not, but as a young man…for matters of heart I also thought about it. Today I’m glad I did not do it and I have stayed here, on this aircraft carrier in the middle of the sea for centuries.

We are three brothers to let the boat go, my two sons, 29 and 25 years old, have chosen to live in Milan and Rome. During the school holidays, they tried the sea life. But they decided it wasn’t for them. It has changed a lot since I started, technology has made the work much less tiring from a physical point of view. But for the rest, you have to be ready: the distance from home, staying at sea, not seeing the land, not going out in the evening. It’s a style of life.

In winter there is little work, the winter is long, but you live there the same, there is no shortage of work. I can understand their choice, but I stay here, watching life from my island.