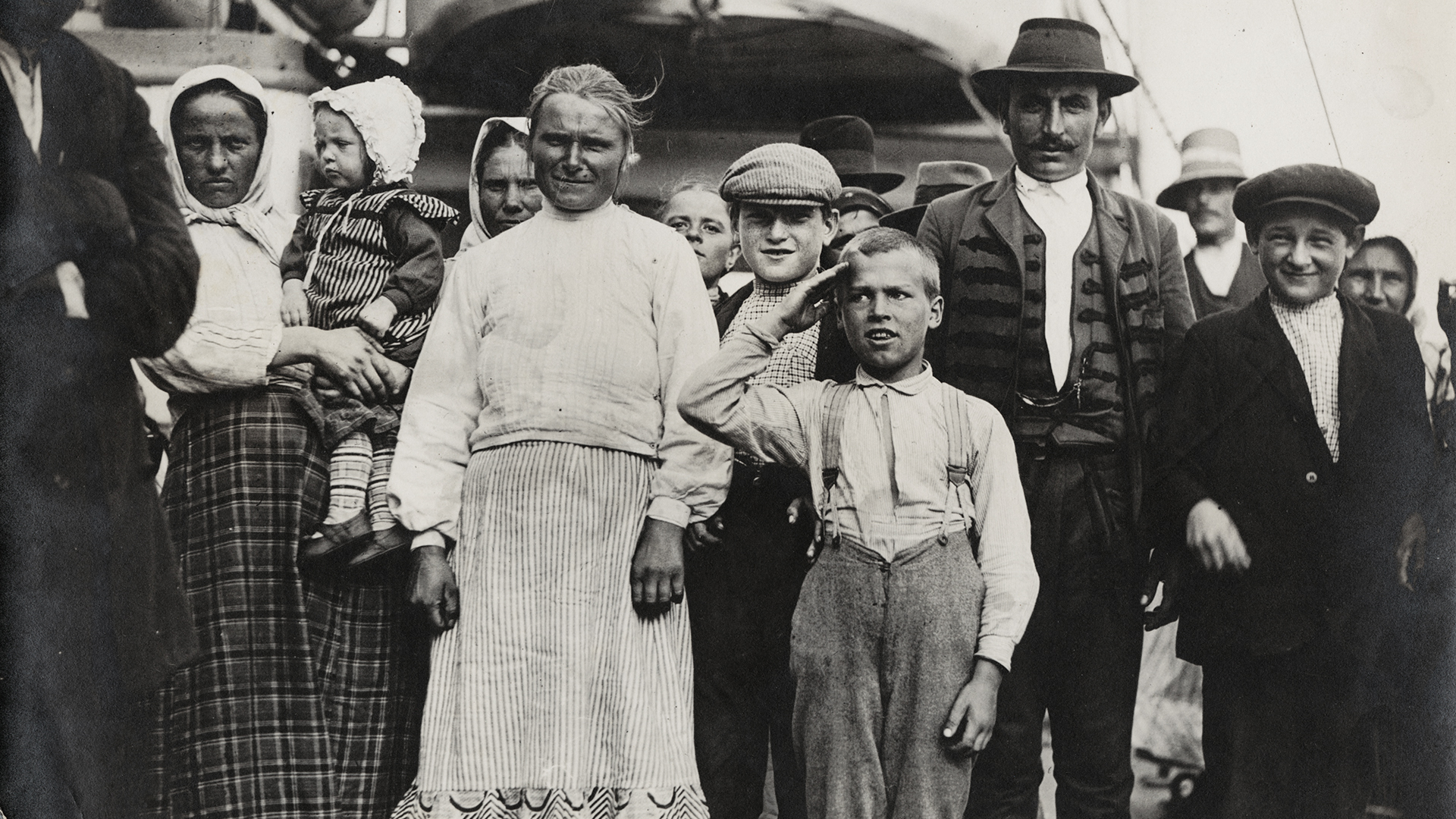 “That Italians have been, and still are, a people of emigrants is a fact that no one seems willing to hide any longer. And that they have often been met with racism and hostility is also a fact. This book, however, is not a repertory of the discrimination they have suffered. Because if it is true that reading it confirms that the great migrations bring with them tensions and conflicts, it is equally evident that – if observed carefully – the spectrum of opinions and points of view on the migration phenomenon has always been very wide. There are articles dripping with contempt – which obviously have to be read with the lenses of their time – but also analyses and comments that seek to understand and strive to propose solutions.”

With these words, Alessandro Pipino, editor of the book In search of fortune – Italian emigration from the 19th century to today in the world press, published with the Italian weekly magazine Internazionale, presents a gallery of articles and reportages that from the second half of the 19th century to the 2000s recounts Italian emigration in the world and does so in the magazine’s tradition: by translating articles from foreign newspapers.

A selection of commentaries, reports, analyses and press reports from the main countries of destination – the United States, Argentina, Brazil, Australia, Canada, Venezuela, France, Switzerland, Germany, Belgium and the United Kingdom – recounting a phenomenon that over 150 years has affected around 20 million people.

It starts from a quay in the port of Genoa, where the writer Edmondo De Amicis narrates his compatriots leaving for the American dream in 1889, and ends with the so-called ‘brain drain’, which is the same emigration in terms of purpose, to improve one’s life, but is narrated differently.

Precisely the ‘narration’ is the protagonist of this volume, which tells about the Italian migrants after the Second World War. At that time, the Italian government, which had to rebuild a destroyed country, signed agreements to exchange human beings for coal quotas.The tragedy of Marcinelle, in Belgium, where 262 miners died, mostly Italians, to the lynching of innocent Italians in France and the United States, accused of crimes they had not committed. And which has not yet stopped. With a portfolio on Italian Americans in New York and a graphic novel dedicated to the massacre of Aigues-Mortes, in France, in 1893.

These stories are full of stereotypes and, at times, of hatred. There are words that, even if read after many years, hurt, especially if linked to family memories of migration that everyone in Italy has.

What is dismaying is how, due to a process that is not over, but continues today, Italians are at the same time a people who still bear the memory of the wounds of their migrations, but who seem insensitive to the migrations that concern Italy.

In fact, it is precisely the narratives that make the difference. If you read today what was written in the past – but also in the 60s and 70s – you can see how the ‘hate speech’ is basically the same.

The Italians described in the articles collected in the book are what all migrants in the world have always been: accused of working for less than average wages, accused of being criminals, accused of being dirty and uncivilised. Because the ‘different’ is always told through generalisations and stereotypes.

In Italy, for years, there have been political leaders and journalists who have lent themselves to these generalisations towards migrants. This has led the memory of Italian emigration to be forgotten or removed, like all bad memories.

Reading this book and seeing how Italian migrants are recounted today, there is hope that in the end it is only a matter of time: even hate speech, sooner or later, will be just a bad memory, but preserving the memory is important, so as not to repeat the same mistakes over and over again.