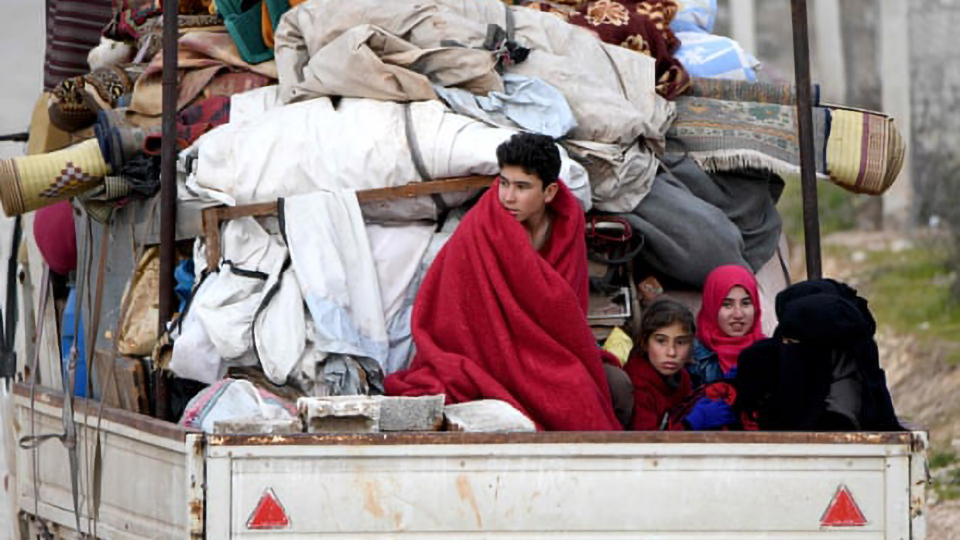 Extreme weather, locust invasions and violence have forced people to flee their homes

Millions of people were uprooted from their homes due to conflict, violence and environmental disasters in the first six months of 2020.
These are figures from a report by the Swiss IDP Observatory (IDMC), which recorded almost 15 million new internal displacements in over 120 countries from January to June.

Cyclones, floods, fires and locust infestations – among other natural disasters – were the main cause of internal displacement, or 9.8 million IDPs.

Conflicts and violence, on the other hand, are the cause of population displacement, especially in Syria, the Democratic Republic of Congo and Burkina Faso, which caused another 4.8 million internally displacements, according to the IDMC.

It is estimated that, at the end of 2019, about 50.8 million people were living as internally displaced persons (IDPs). Millions of people are likely to be forced to leave their homes in the coming months due to the extreme climate and ongoing violence, the report warns.

“The staggering figures recorded in the first six months of the year bear witness to the continuing volatility of displacement crises around the world,” said IDMC director Alexandra Bilak, presenting the report to the press. “Add to this the Covid-19 pandemic, which has reduced access to healthcare and increased economic hardship and protection risks for displaced communities.

Conflict and violence caused 4.8 million new internally displacements, mainly in Africa and the Middle East, a million more than in the first half of 2019, according to IDMC.
Compared to Syria, the renewed war activity of the Syrian army in Idlib in the first three months of the year triggered the most significant displacement in the country since the outbreak of war in 2011, with about 1.5 million new displaced persons by the end of June, according to the report.  A further 1.4 million displaced persons were registered in the DRC and another 419,000 in Burkina Faso, where fighting between criminal gangs, jihadists and local militias has put much of the country in crisis.

In terms of numbers alone, Cyclone Amphan was the largest single displacement event in the first half of 2020, triggering 3.3 million preventive evacuations to India and Bangladesh. Some East African countries suffered severe flooding and locust infestation that further destabilised regional food security, while in Australia, catastrophic fires led to the displacement of tens of thousands of people.

Yet many of those living in disaster-prone areas have expressed reluctance to leave their homes for fear of contracting the Covid-19 in evacuation centres, the report says.

Jan Egeland, of the Norwegian Council for Refugees, warned that many millions of people could face displacement in the coming months as weather cataclysms intensify and that the figures for internally displaced persons are likely to increase significantly by the end of the year.

“We expect even more IDPs in the second half of the year than in the first, because many of the dangers of the weather, such as tropical storms and monsoon rains, are yet to come,” he said. “It is clear that many governments cannot bear the burden of such large numbers of displaced people on their own. They do not have the resources of richer countries to provide these social safety nets. That is why we are calling for the G20, which is now spending billions of dollars on its economies to support the most vulnerable.