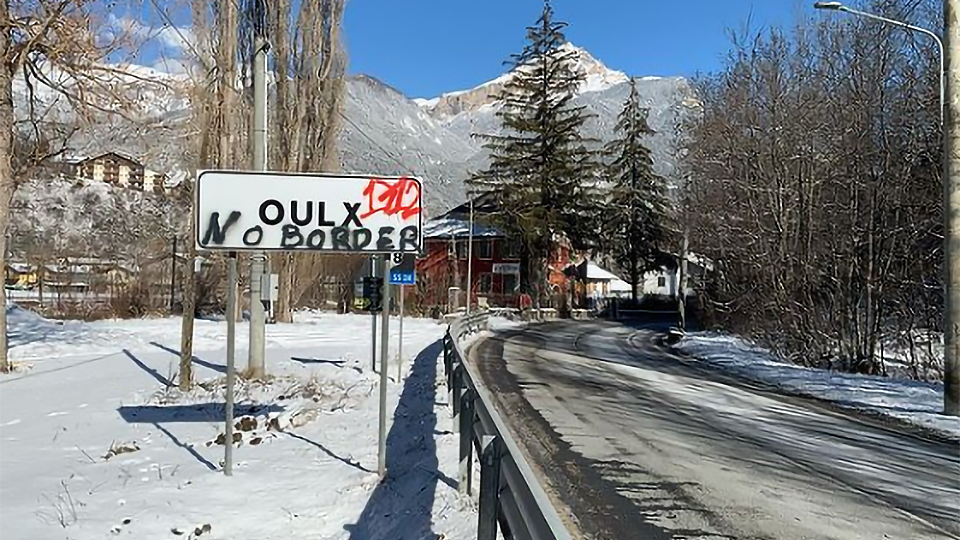 Yesterday morning, at dawn, the eviction of the Roadman’s House on the outskirts of Oulx, in Val di Susa, Piedmont, along the state road 24, began. Since 2018, Italian and French activists had taken possession of an old and dilapidated abandoned building, which had been used to manage the maintenance of local roads.

After years of work to get it back into shape, from the beginning, it had become a reference point for migrants on their way along the migration route between Italy and France which, over the years, from Bardonecchia and Ventimiglia then, with the tightening of controls, moved towards Oulx and the Alps.

Since 2017, it is estimated that more than 11,000 people have crossed the French-Italian border. With great risks: it is easy to get lost, in an unknown place, easy to end up with hypothermia in winter.

Families and individual migrants have been arriving at Oulx station by train in recent months from the Balkan Route, of which Oulx has perhaps become the last stop. From here, they travel by bus to the Italian village of Cleviere, on the border with France, from where they try to cross on foot.

The French Gendarmerie has greatly tightened controls and rejections, including of women and children. These people in transit, who have been on the road for years, find shelter for the night in Oulx, a hot meal, refreshment and help, as well as one fundamental thing: suitable clothing for walking on mountain paths which in the coldest months are dangerous even for those who know the mountains by heart.

In close cooperation between the two sides of the border, Italian and French activists of different ages and social backgrounds coordinate to prevent tragedies on the mountain, which have occurred in the past.

At the Oulx station there is a refuge that manages to accommodate many people, but it closes at 10 a.m., and many families preferred to stay in the Roadmen’s House so as not to be on the road again early in the morning.

The volunteers of the refuge and the activists of the Roadmen’s House had been helping each other for years to support people on their way. The refuge volunteers themselves, with other activists in the valley, had launched a petition to save the Casa cantoniera, which had managed to collect over 11,200 signatures.

It was not enough to prevent the eviction, without a valid alternative being proposed to that service, which, together with the others offered on the territory, had become necessary for the health of thousands of people who had passed and still pass through that route.

According to the report of Medici per i Diritti Umani (MEDU), published in October 2020, between “September 2020 and January 2021 there were about 5,000 people passing through Oulx, mainly families with minors and women, including pregnant women, coming from the Balkan route: from 50 to 100 people who stopped daily at the Fraternità Massi shelter and at the occupied cantonment house”.

Where will these people go now? The service of the Massi Refuge and the Red Cross remains, as well as the associations in France, but a service that had welcomed thousands of people has been hit, without a viable alternative being devised.