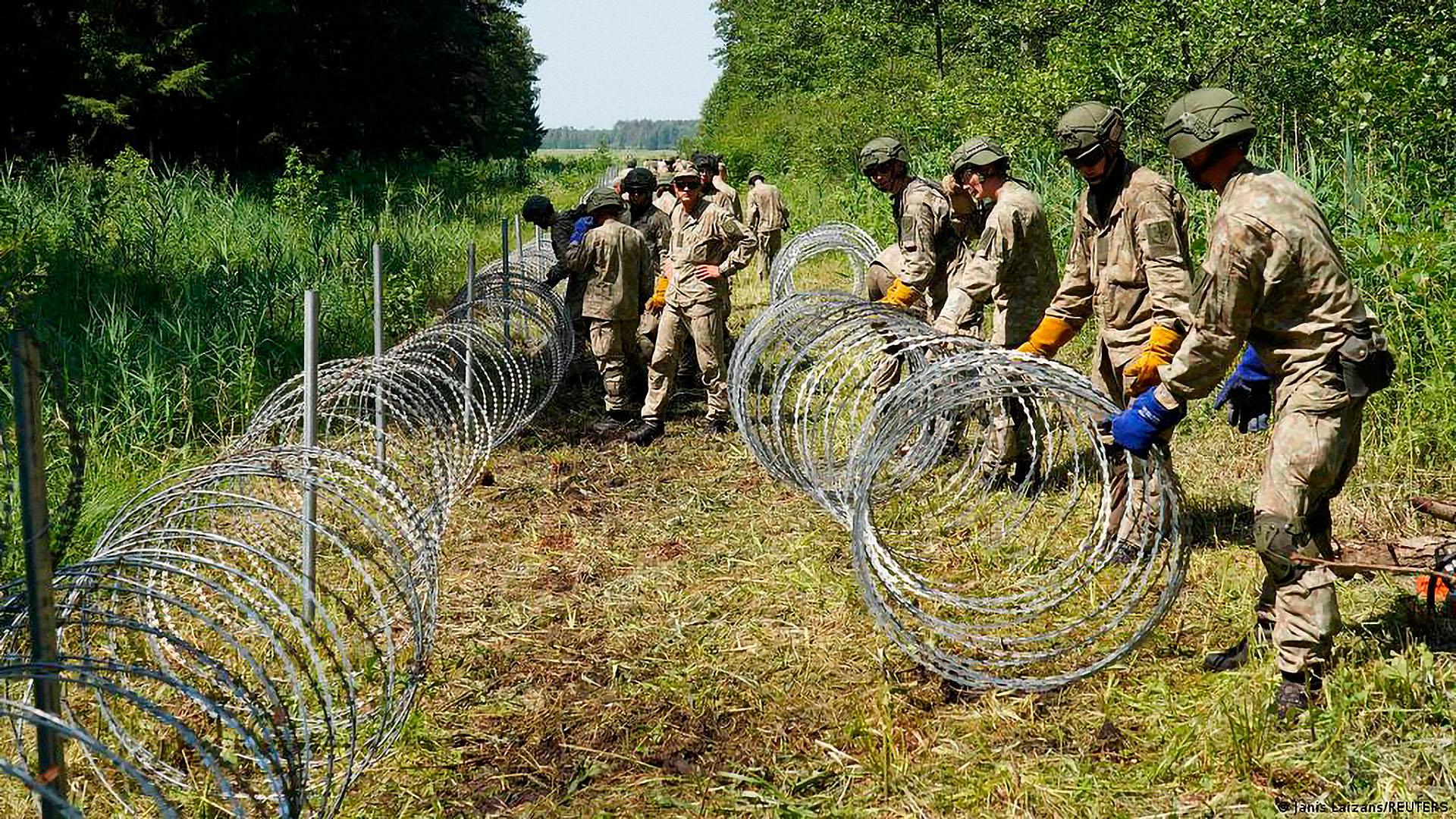 It all started when the news spread in Iraq that a visa was no longer required to fly from Baghdad to Minsk in Belarus. Since the beginning of 2021, at least 4,000 Iraqis have arrived in Lithuania on that route, after arriving in the Belarusian capital and reaching the border with the Baltic republic.

The number of arrivals from Iraq exploded after flights from Baghdad to Minsk were increased in early summer to four flights a week. On arrival in Minsk, Iraqis are given tourist visas and allowed to continue to the border.

Almost all of them reached the border between the two states by taxi and finished the journey on foot. Lithuanian border guards systematically arrest them and take them to the Rudninkai detention centre.

Some Iraqis have been waiting for an answer to their application for international protection for more than a month. The camps, which the Lithuanian government set up in a hurry, are far from the country’s population centres, the migrants are isolated and have no access to information.

The Lithuanian government has already asked the European Union for help, stressing that it is impossible for Vilnius to handle this situation alone.

The Rudninkai camp is a former training centre of the Ministry of Interior, the place is surrounded by fences and guarded by several police vans and a drone. Although the centre is only 30 kilometres from the capital, it is in a very isolated location. Rudninkai is surrounded by a double fence and journalists are only allowed through the first fence and have no access to the migrant living area behind the second fence.

In Lithuania, all migrants are kept in the camps for six months after their arrival in the country, according to a law that came into force on 13 July, and on 6 August, following European pressure, the Iraqi authorities announced the temporary suspension of flights to Belarus and accepted the repatriation of some citizens.

According to some testimonies collected by the international press, on arrival in Baghdad, the rejected migrants told of very harsh living conditions in the camp: the migrants sleep 15 or 20 in tents that, on rainy days, collapse under the weight of the water. The cramped conditions have led to fears of contagion of skin and respiratory diseases. Some witnesses recounted how there are people in the camp who are ill with COVID-19, although all migrants are tested and quarantined when they arrive in the country.

According to other migrants, they are given only one meal a day and the electricity supply is very irregular, making it complicated to use mobile phones to communicate with their families in Iraq.

The route from Baghdad, via Belarus, surprised the Lithuanian authorities, who are used to very small numbers of migrants.

Another centre is Vydeniai, about 80 kilometres from Vilnius, where – according to migrants’ testimonies – it is easier to have access to electricity. The centre is a former school and currently houses 146 people from African countries. The rooms on the ground floor are reserved for women, while the men are on the first floor. Each person has a stretcher bed and a sleeping bag.

According to the Lithuanian authorities and many international observers, this route has exploded due to tensions between the Lukashenko regime in Belarus and the EU. After the dramatic protests that shattered the power of the Belarusian president, in power for thirty years, there were EU sanctions and protests against Minsk. In addition, Belarus has acted outside its borders, even hijacking an airliner to capture an opponent, drawing harsh condemnation from Brussels.

At that point, according to the Vilnius authorities, Belarus facilitated the passage of migrants across the border to put pressure on the European authorities. By now, many regimes around the world have understood that blackmailing using migrants is a strategy that pays off.

Lithuania has announced that it will build a four-metre metal fence topped with barbed wire on its border with Belarus. It is expected to cost around €152 million. “Without this physical barrier, it is impossible to protect our borders, it is very clear,” Lithuanian Interior Minister Agne Bilotaite told Reuters news agency.

The EU has made it clear that it will not fund new barriers but has instead offered help in the form of border guards and monitoring equipment.