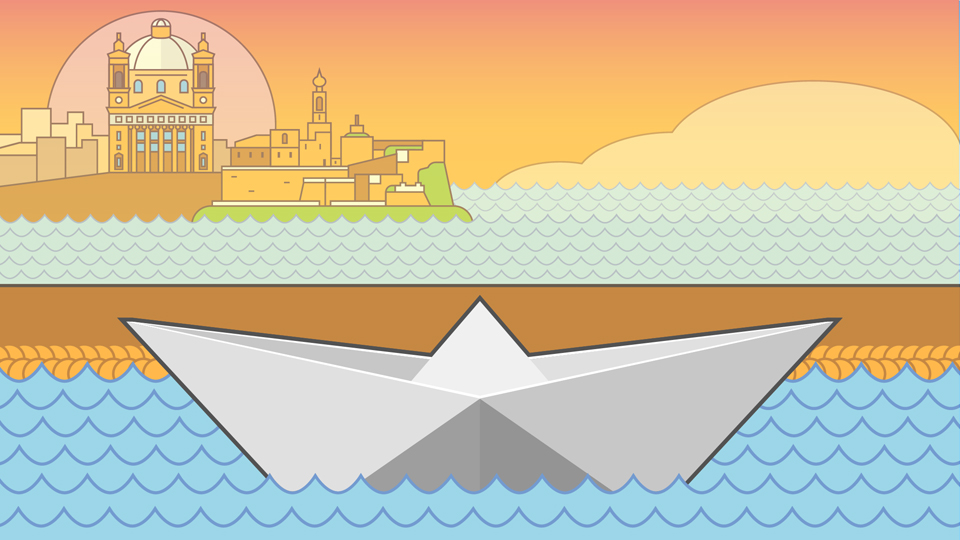 Strolling along the sea, on the spurs of Malta, is a gift. All the Mediterranean that there is, between sea and sky, between Africa and Europe. The little boat is right there, along that walk that could last up to go around the whole island.

It is a little boat as children imagine it, as they make it with a sheet of paper, full of the hope of seeing it float.

The one in Malta is a memory. That of the children, precisely, that of the migrations. It’s the Child Migrants’ Memorial, at the Valletta Waterfront. Inaugurated in 2008, it commemorates the 310 children who left for Australia in search of a better life, between 1950 and 1965.

Designed by architects Rune Jacobson and David Drago, it evokes “childhood and fragility”, as Prof. Ploughman, who was one of those children at the time, recalled the day the monument was inaugurated. “We are not here to ask for compensation or anything else, but to remind everyone of what happened.”

The monument is located on the same dock where those children left from. Those 310 Maltese migrant children had been sent to Australia in the belief – of the political and ecclesiastical authorities at the time – that it was in their best interests, with the consent of their parents or guardians, but with an emotional burden for those children, sent from the other side of the world.

Many of them were able to make a life for themselves, but many of them suffered so much. Over the years it emerged that they had worked in institutions without pay and many were not educated, remaining illiterate. Some of them were even physically and sexually abused. The trauma they experienced leaving their homes, in some cases when they were only four years old, caused some of the problems and nightmares that marked their lives.

In April 2002, migrant children in Malta founded an association to ask that their story not be forgotten. In September 2005, the government decided to erect the monument, which since 2008 reminds all those walking in Valletta, along the WaterFront, how the history of migration is a collective history.

Over the centuries, from the coasts of Malta, there were many ships that defied fate. In the 20th century Canada, United States of America, Australia, Great Britain. In the 19th century the destinations were Algeria, Tunisia, Egypt, Libya.

That little boat, on the WaterFront of Valletta, tells the dreams of all the children of the world, of insecure little boats full of hopes, fears and dreams. Because, after all, we are all in the same boat.