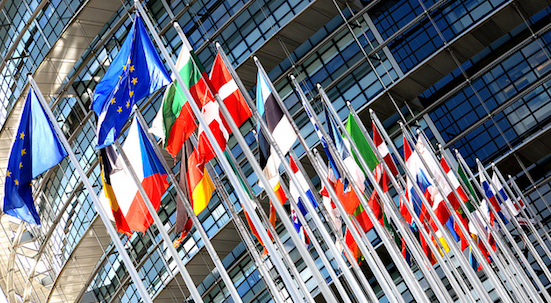 On 18 October 2018, the European Council adopted several conclusions on migration, internal security and external relations. This institution is composed of the heads of state or government of the EU’s member states, together with its President and the European Commission President.

At the end of its last meeting, it “assessed the state of implementation of its June conclusions and called for work to be continued on all elements as part of its comprehensive approach to migration”.

The so called “June conclusions” (here the complete report) closed, in few words, the reform of the Dublin regulation, established a generic aid to Italy, but the real and only priority seemed to be the secondary movements of asylum seekers between Member States. That’s why many pundits have considered the June meeting the certification of the failure of the European reform of the common asylum system and the rewriting of the Dublin regulation which was governing it.

In fact, the previous meeting also established, among other things, that “On EU territory, those who are saved, according to international law, should be taken charge of, on the basis of a shared effort, through the transfer in controlled centres set up in Member States, only on a voluntary basis”.

After four months, again according to the EU Council, “the number of detected illegal border crossings into the EU has been brought down by 95% from its peak in October 2015, some internal and recent external flows warrant sustained attention”.

But number about migration flows say also something else: according to IOM and UNHCR data, from January to October 2018, 1,783 deaths of migrants have been recorded in the Mediterranean with a high increase in the mortality rate since June.

Coming back to the European Council, it has highlighted moreover “the importance of further preventing illegal migration and of strengthening cooperation with countries of origin and transit, particularly in North Africa, as part of a broader partnership”.

In the European institution’s opinion “the fight against people-smuggling networks needs to be stepped up: work with third countries on investigating, apprehending and prosecuting smugglers and traffickers should be intensified, with a view to preventing people from embarking on perilous journeys”.

Concerning the other European institutions involved in political decision making about migrations, there are new proposals, by the European Commission, on the Return Directive, the Asylum Agency and the European Border and Coast Guard, to be discussed by the European Parliament.

So, what will happen? Actually, nobody knows (here you can read many commentaries and studies on migration by major international think tanks) but civil society has taken clear position.

From the NGO side, the day before the Council meeting, a network of them – Concord – sent to the European institution an open letter in which these civil society organisations asked “to ensure that the European Union delivers results for the world’s poorest, for the people most in need, and for Europeans alike. In this context, we reiterate the importance of sustainable development and commitments to eradicate poverty, to tackle inequality and discrimination, to promote safe and regular migration as well as peaceful and inclusive societies. In an increasingly challenging global context – they continued – we call for European countries to work together for an effective rights-based approach to development policy and migration. We therefore urge you to use this meeting to ensure that the European Union continues to propose and implement policies based on common European values of human dignity, freedom, democracy, equality and the rule of law, all of which are preconditions for sustainable development”.

More specifically, the NGOs invited European representatives “to commit to operating Search and Rescue vessels with the sole purpose of saving lives and not-for-border-control-purposes. We also call on Member States to ensure that CSOs can provide this humanitarian action without interruption and that they can operate in a safe and enabling environment, being allowed to take migrants to a safe place in compliance with international human rights and maritime law and with the UN Declaration on Human Rights Defenders”.

Voices from the civil society did not seem to be really heard, for the moment. But maybe the situation is going to change… And European elections, which will be held from 23 to 26 May 2019, come closer and closer.

Meanwhile, the same network, in a letter to the editor published on Politico, points out another issue: should the paradigma about migration be completely changed? “Relations between the European Union and third countries seem to be driven by our fear of immigration. Current EU investment plans and proposals for EU-Africa alliances on investment and job creation – Davide GnesFanni Bihari from Concord said – can have a positive impact, but only if they are not simply another way to maintain the European economic grip over African countries. They must instead lead to the creation of sustainable partnerships, decent jobs and long-term sustainable local economies.
Europe’s obsession with sealing its borders is not likely to reduce migratory pressure; on the contrary, it will even impact African regional mobility negatively, creating long-term problems that will sustain dependence on aid and drive people to flee their homes”.