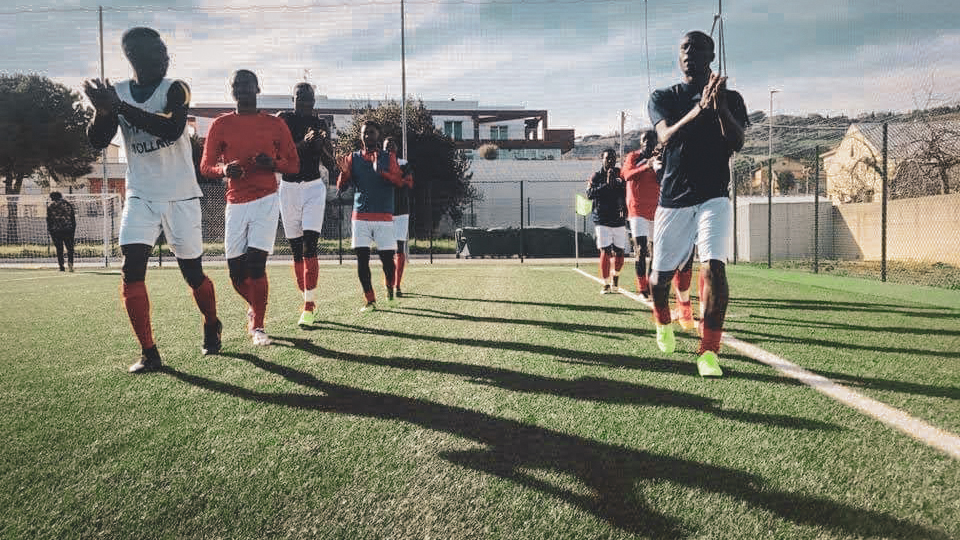 The story of Save The Youths Montepacini FC: from Marche region an example of sport for inclusion

“I met Marco for the first time in 2014. I had just arrived in Italy, with a story like many others. I left my village in Gambia, and after a six-month journey through Libya, I got on a wooden boat with 250 other people. We arrived in Sicily, then we were taken by plane to Rome and by bus to Fermo, in the Marche region, where we were welcomed in the Seminary.” Musa Darboe speaks perfect Italian, recounts with precision, paying attention to details.
“While I was waiting to be heard by the Territorial Commission that would decide on my request for international protection, together with other young people, I arrived at the Social Farm of Montepacini, to do some community service.”

The Social Farm of Montepacini, near Fermo, is a place of solidarity, of meeting, of mutual help. Founded in the 1980s in an agricultural area, it has always been a place for inclusion. From addictions, in the past, today it deals with disabled people and their being part of a group of people – many of them volunteers – who through agriculture and sport find a community of solidarity. “When I met Musa I was working at the Fermo Municipality, I am an educator by training,’ says Marco Marchetti. “At the Fattorie, after I retired, I am a volunteer.”

The meeting between Musa and Marco, on that frontier which is sometimes not only geographical, but social and cultural, has generated an energy that in recent years has led to many practical results, making the words welcome, integration, solidarity a concrete reality. 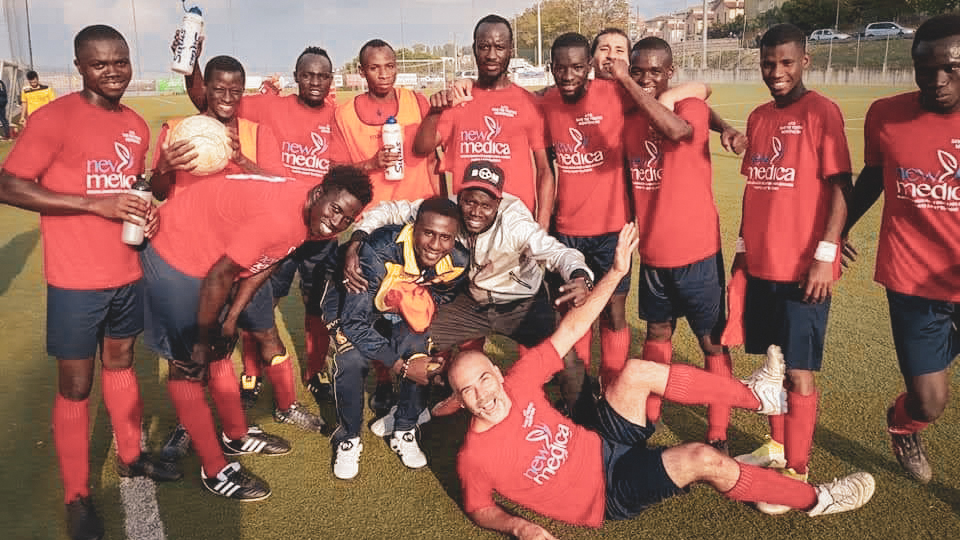 “While I was waiting for the Commission decision, I volunteered and studied Italian. We worked with the disabled children and had a very good relationship. And when we could, we played football,” says Musa. And football plays an especially important role in this story. “For me and for other boys, the Fattoria was and still is Italy itself, the place where we arrived, where we met people who represented an encounter with a culture and a way of being supportive. Even the guys who came with me, who now live abroad, have great memories of that experience. I stayed and with Marco we managed to do many things together, like Abbott and Costello!

Musa was granted refugee status. Marco helped him find a job and a house, but all this was also possible thanks to a supportive community. “Today I am a worker in a big company in the area and I live in the home of a family that has been my family for a long time. I miss my family in Gambia, of course, but thanks to them I never feel alone. And Grandma Linda in particular is an important figure. At first she was against taking me in, but now she cares and looks after me: racism comes from not knowing each other.”

Musa, despite his work, did not stop volunteering at the Fattoria, as did Marco. And still together, through sport, they have continued to work for the inclusion of disabled and many asylum seeker and refugee boys.

“In 2016, after other experiences of sports collaboration between disabled boys and refugees and asylum seekers, we thought of enrolling a mixed team of African boys and disabled boys from our centre in an Italian Sports Centre 7-a-side disability tournament. A real championship, where we lost all the matches,’ says Marco laughing, ‘but where we brought a message and a different look at sport: mutual help, with a lot of fun, is a way of living sport with another spirit. 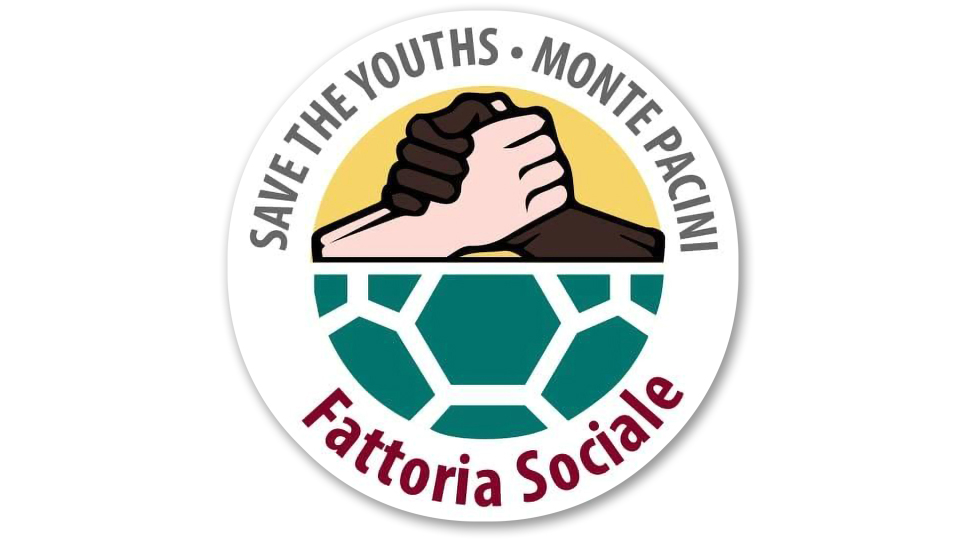 After the first experience came Soccer Dream Montepacini. A team of disabled people, refugees, volunteers that attracted the attention of the Federazione Italiana Gioco Calcio (Italian Football Federation) which, in 2017, contacted Musa, Marco and the others to have the team participate in a championship reserved for disability 7-a-side football, while the team was adopted and supported by Fermana, the city’s team.

“A good path, full of satisfactions, but we had a dream: to participate in a professional championship, bringing our story to official football,” says Musa. “At the beginning nobody believed in it, but we went ahead.” There was already a similar reality, AfroNapoli, but it played without being considered for the ranking.

“We have achieved a feat,” says Marco. “Today Save The Youths Montepacini FC plays in the Third Category, we managed to overcome all the bureaucracy of football, such as having to obtain sports passports from the boys’ countries of origin.”

“I was used to playing football to win,” says Musa, who is an excellent footballer and the president of the team. “Thanks to this experience I learnt everything else: being together, having fun, building a relationship with my teammates and all the opponents we meet. We win when we take the field, it doesn’t matter if we win or lose. There are kids who come from Gambia, Mali, Somalia, Ivory Coast, Ghana, they are refugees, asylum seekers. It’s a great experience and the best is yet to come!”.

The story of Save The Youths Montepacini FC has already inspired a book and a documentary, and the organisers of the Beach Soccer World Cup held in nearby Porto Sant’Elpidio contacted the boys to form a pan-African representation. The Covid has slowed everything down, but Musa, Marco and the others have no intention of stopping, continuing to carry their message of inclusion through sport.