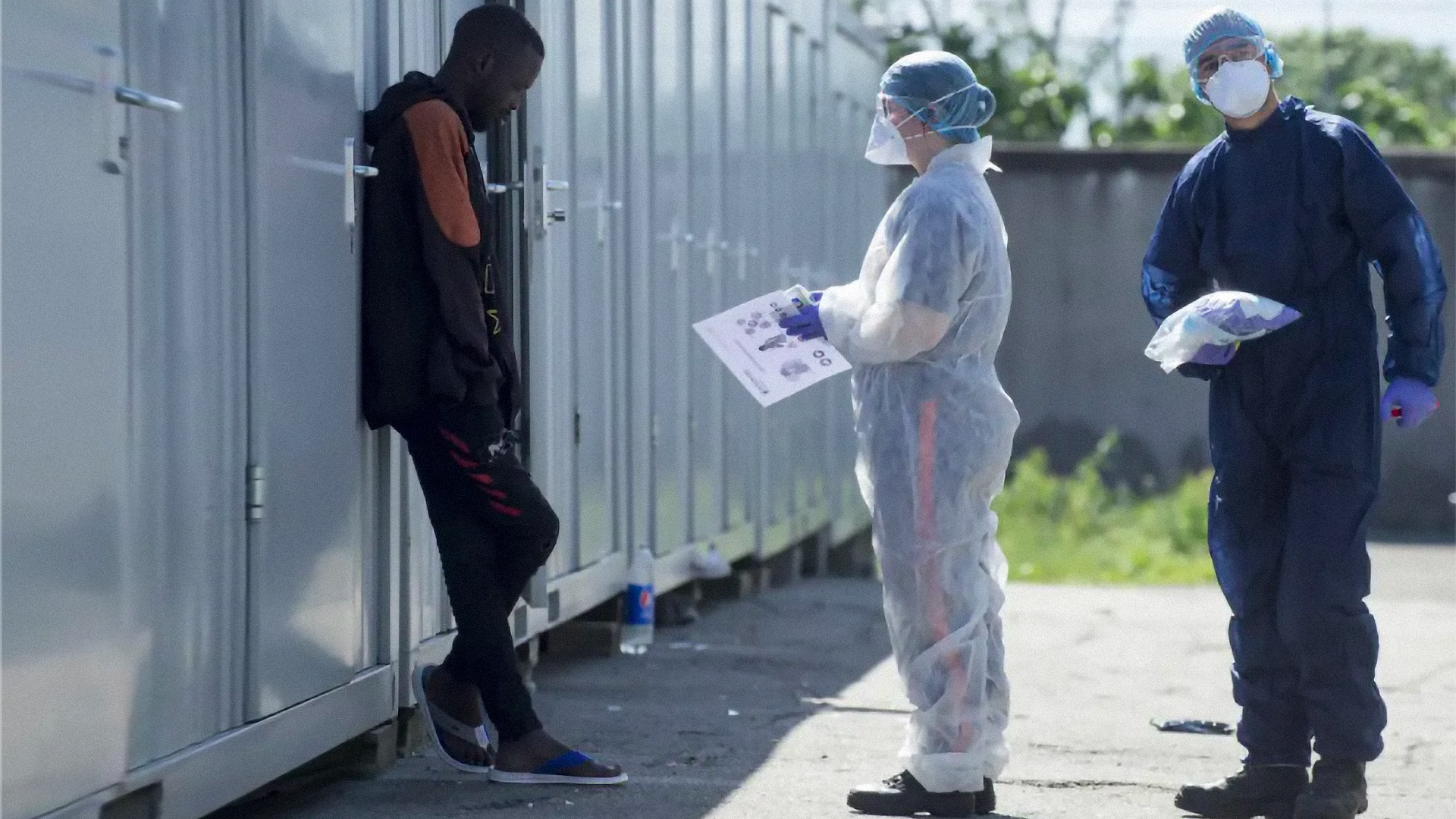 Migrants’ are a composite population with different administrative statuses (asylum seekers, refugees, newcomers, etc.) and very complex social situations. Some come from quite rich social backgrounds, are educated, with professional careers already well established. Others, coming from disadvantaged social backgrounds or persecuted minorities, have not had access to education in their country of origin.

Yet there is one trait that unites this group: young age. According to Eurostat data, on 1 January 2019, half of the migrants who arrived in Europe had an average age of 29.2 years, compared to 43.7 for the entire European population.

This peculiarity is crucial to understand the health status of these young people.
Given their young age, the migrant population in Europe enjoys good physical health overall – often better than the general European population – but the situation is different when it comes to their mental health.

Many young migrants – 38% of the migrant population, according to a recent study conducted by Patricia Loncle, professor of sociology at the École des Hautes Etudes en Santé Publique (EHESP) and Alessia Lefébure, sociologist and director of the centre – suffer from mental disorders (psychotrauma, depression, suicidal tendencies, memory loss, Ulysses syndrome, which designates the stress of living elsewhere than in the birthplace), while psychiatry in general confirms that the migration process in itself does not generate specific pathologies.

Many factors can reinforce an already precarious mental health situation or generate new disorders: uncertainties related to administrative status, difficulties in accessing rights (housing, education or employment), institutional violence (police repression or discrimination) are all elements that cause a strong feeling of insecurity and stress among young migrants.

This is all the truer for young men, who are considered to have a low priority, particularly as for the access to housing, unlike families with children or young women.
This leads to periods of vagrancy, misery and isolation that significantly deteriorate the mental health conditions of these young men.

However, as the report points out, despite the commitment of many health professionals, there are many real difficulties in dealing with mental disorders in young migrants, both in the hospital sector and in outpatient medicine.

These include inadequate healthcare reception capacities, poor understanding of administrative procedures, the need for interpreters, and psychotraumatic syndromes for which healthcare workers are not always trained.

Moreover, young migrants are generally very uninformed about the possibilities of assistance and do not seek assistance, while alternative measures to ‘reach them’ are essentially based on voluntary work.

In this context, the non-profit sector (subsidised or not) tries to respond specifically to the mental health problems of young migrants, often as part of comprehensive support: support for administrative procedures, solidarity housing, language learning, access to local culture.

The realities of solidarity associations bring some stability and fight against the isolation of people, without necessarily having the institutional mission of taking charge of the mental health of these young people. Despite their uneven presence in the territories, these initiatives partly compensate for the inadequacies of institutional support.

In such a fragile context, the health crisis linked to Covid-19 has highlighted the shortcomings of the system: following the closure of several centres, many young migrants have been housed in hotels or youth hostels in order not to be abandoned.

Their social and health care has not been considered in these precarious reception places and many have seen their mental health situation deteriorate further since March 2020.

The most critical mental health situations, according to the report, which focuses on the French situation, are undoubtedly found in administrative detention centres (ARCs). According to the 2019 report by French NGO Terre d’Asile, tens of thousands of migrants are locked up in these places of containment, with a view to being expelled from national soil (54,000 in 2019, including 29,000 abroad), including many young people who are not recognised as minors.

The difficulty of access to care, in particular psychiatric care, in CRAs in France was also denounced by the report of the Contrôleur général des lieux de privation de liberté (CGLPL) in February 2019 , followed a few months later by an equally alarming report by the French ombudsman for rights.

The interruption of continuity of care during administrative detention is particularly detrimental to young migrants suffering from serious mental illness.For the others, not only is medical care almost non-existent, but the practice of isolation for repressive purposes often exacerbates an already risky condition.

The declaration of a state of emergency has not improved the fate of young migrants in detention. In fact, the CRAs in France have been kept open during periods of lockdown and have become the de facto place of accomodation for large numbers of undocumented foreigners released from prison, while border closures have led to deportations and evictions.

This has led to an increase in demographic pressure (+ 23% in one year) on these places, which were not designed to accommodate psychologically vulnerable people for such prolonged periods.

Due to their nature as a place of deprivation of liberty and their transitional vocation, CRAs are anxiogenic spaces where it is not easy to distinguish the logic of treatment from that of control and repression, and where psychiatric counselling has many other problems besides the therapeutic ones, because the doctor providing the psychological care fails to provide all services.

There is a constant increase in France, according to the report, of placements in CRAs of people suffering from psychological and/or psychiatric pathologies and acts of self-harm that have led, since 2017, to the death of five people in detention.

In France, as in Italy and elsewhere in Europe, effective mental health care for young migrants faces internal contradictions within the system. While public health systems exist and are theoretically open to all, regardless of nationality or administrative regularity, the state of uncertainty and precariousness of young migrants, whether in an irregular situation or not, makes them a particularly vulnerable and exposed population.

A stronger link between the national strategy for preventing and combating poverty and targeted actions to promote integration and stability through housing, education and employment would undoubtedly create the conditions for real prevention of psychological risks and better mental health.