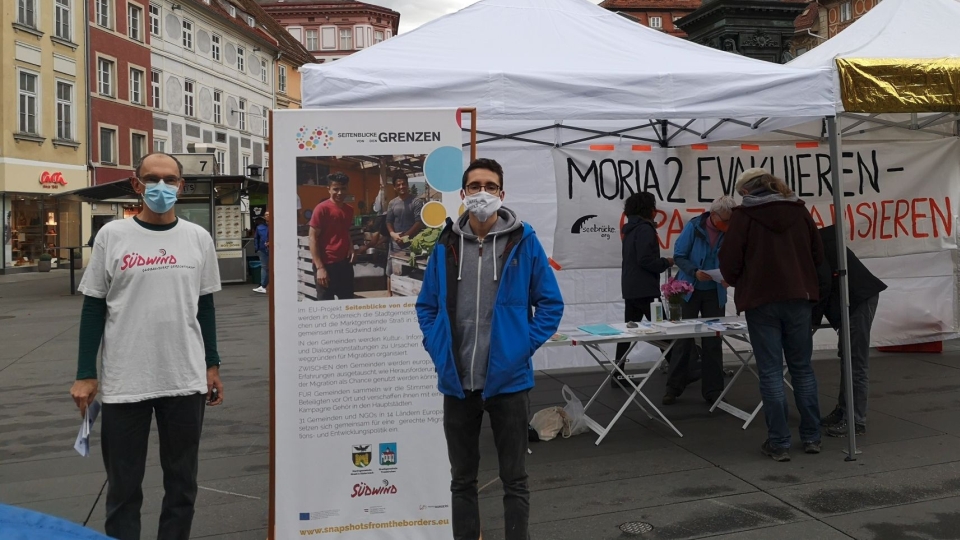 On the 24th of October we set up a tent camp in front of the city hall in Graz to draw attention to the situation of people seeking protection at the EU borders – more concrete on the greek islands, in Bosnia, in lybian torture camps – as well as to the dying people in the mediteranian sea.

We demand the end of closed border politics – the kind of politics that violate human rights and use push-back strategie as an instrument.

If governments don’t act, cities and local communities can send a signal by declaring themselves as a safe haven , like over 180 cities in Germany already did. As safe haven the cities agree to take in people on the run. That’s what we did in Graz, just like the district Gries has demonstrated. We set up our tents to show, that we do not agree with our government’s decisions.

There was a lot of information given by different groups concerning the topic. Additionally there was the possibility to write a letter directly to the mayor Nagl. Around 2:30 pm a vigil took place.