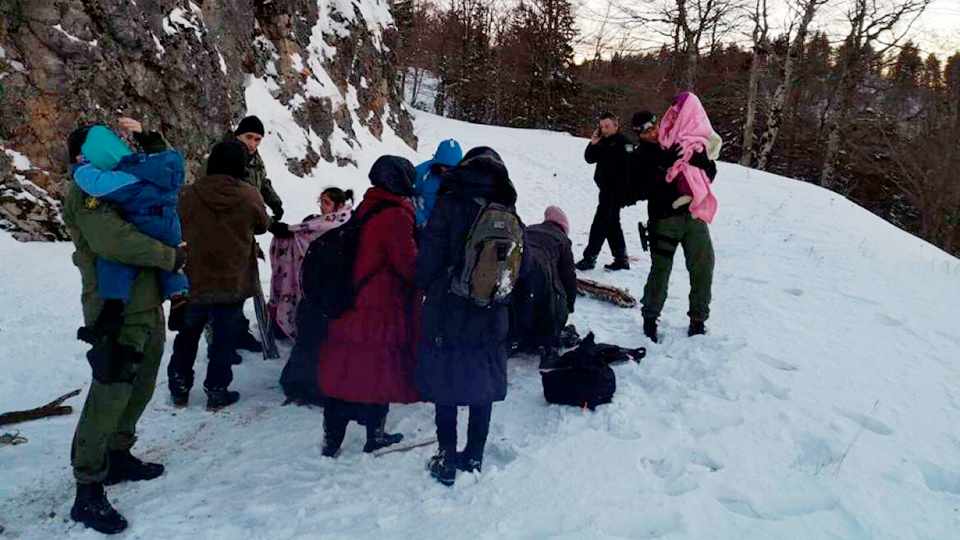 Solidarity on trial in Fortresse Europe

In a new report presented in Bern, Madrid, Paris and Rome, Amnesty International has denounced the legal proceedings and intimidation faced by those in Europe who act in solidarity with refugees, asylum seekers and migrants, for example by providing warm clothing and hospitality or by carrying out rescue at sea.

Amnesty International’s report reviews cases of human rights defenders who, from 2017 to 2019, were reached by pretentious accusations in Croatia, France, Greece, Italy, Malta, the United Kingdom, Spain and Switzerland.
Police hours, judicial resources and laws against criminal human trafficking networks are unjustly designed to persecute those who help refugees, asylum seekers and migrants.

Many of the cases described in Amnesty International’s report concern the charge of aiding and abetting irregular entry, used against individuals and non-governmental organizations for a wide range of humanitarian and solidarity actions.
In France, the mountain guide Pierre Mumber was tried for this charge, for offering tea and warm clothes to four West African asylum seekers. In the end, he was acquitted on appeal.
Under the strict controls on the French side of the Alps, refugees and migrants stopped 20 kilometres inside the Italian border are considered to be “about to enter France illegally” and anyone who helps them risks being charged and sentenced. For those apprehended within that area, access to asylum procedures is extremely limited and rejections to Italy are frequent.
In Switzerland, many people, including Pastor Norbert Valley, have been tried and sentenced simply for offering refuge to foreign nationals or helping them to access protection procedures.
In the coming days a debate will be on the agenda of the Swiss Parliament which could lead to a change in the law on facilitation of unauthorised entry.

The laws are also used in a distorted way to target and prosecute civil society organisations.
In Croatia, the NGOs “Are you Syrious” and “Centre for Peace Studies” have been subjected to threats and intimidation and finally tried for “aiding and abetting irregular immigration” after having documented and denounced the rejections, even with excessive force, of the police at the borders with Serbia and Bosnia and Herzegovina.

In Italy, rescuers who rescued people who were trying to reach Europe on board vessels unfit for navigation were subject to defamatory campaigns and criminal investigations, had to follow a code of conduct that can delay rescues and were left at sea for a long time without an assigned safe port where the rescued people could disembark.
Since August 2017, the Italian authorities have seized the ships of NGOs on several occasions, thus reducing the number of those available to carry out rescue operations at sea, while in 2018 and 2019 the percentage of deaths at sea increased.

The Spanish authorities have misused the rules of administrative law to limit the search and rescue activities at sea of NGOs, threatening them with fines of up to € 901,000.

In Greece, Sarah Mardini and Seán Binder, two rescuers who had received special training, were in pre-trial detention for months for helping refugees who had landed on the island of Lesbos. They are awaiting trial on unfounded charges such as espionage and aiding and abetting irregular entry.

Faced with fines and legal fees, human rights defenders and criminalized NGOs must take time and resources away from their humanitarian work to defend themselves against unfounded accusations and get their ships back.

In March 2019, a group of refugees and migrants confronted the captain of the ship “El Hiblu” who, after rescuing them, threatened to illegally sail back to Libya, despite the very real risk that they might be subjected to torture and other human rights violations. On arrival in Malta, three minors who were part of that group were arrested by the island authorities on charges of hijacking the ship. They face life imprisonment on totally disproportionate charges, some of which are related to anti-terrorism laws. So far, no evidence has emerged that they have committed acts of violence or put anyone in danger.

Amnesty International is urging the European Union and its Member States to amend national laws and European rules on facilitation of unauthorised entry, transit and residence in order to include a concrete material benefit in the definition of the crime. This would avoid the use of such laws to punish humanitarian and solidarity-based actions.