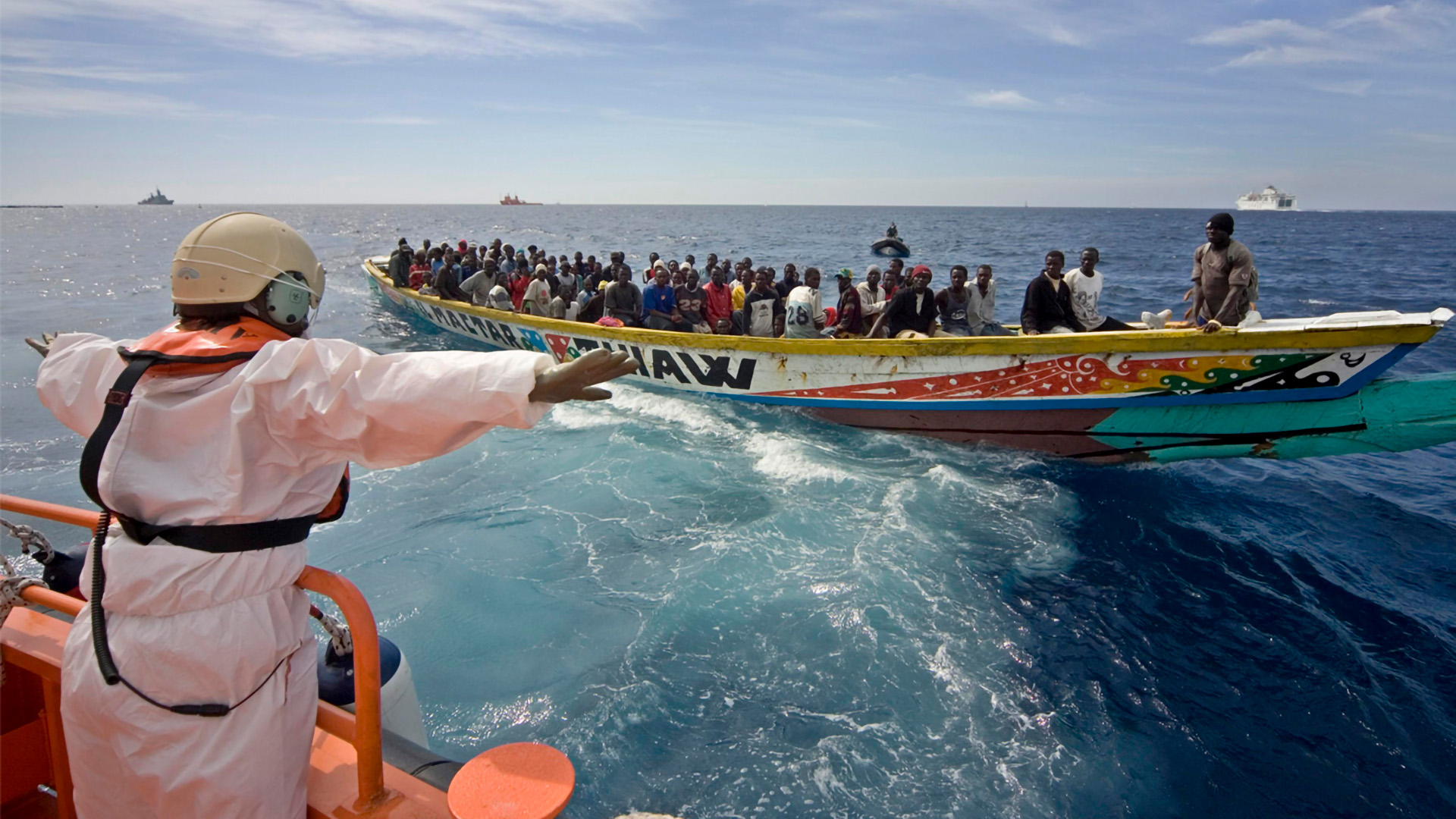 A travelling demonstration also reached the route from Africa

Opening Borders is an international non-governmental association that with advocacy actions and solidarity demonstrations goes to the hottest borders of European migrations to demand legal and humane migration policies.

The last stop of their tour was in the Canary Islands, where more than 200 people in recent days – from all over the world – joined together to symbolically visit the landmarks of the European migration crisis and show their support for the migrants arriving in the Canary Islands.

They visited a cemetery where dead migrants are buried without names and the central port authority, where migrants arrive by boat.

Many migrant boats arrive in the Canaries because of the archipelago’s proximity to the Moroccan coast. But it is notoriously dangerous because of the strong currents in the Atlantic.

“I have dreams. Everyone has dreams. You, your brothers, your family, everyone has dreams. My dream is to change the reality we live in our country. This is the reason why I am here,” said Aboubakar, an artist from the Andalusia Caravan, part of the Opening Borders organisation.

European countries have tightened border controls in an attempt to keep migrants out. Under an agreement with the EU, Morocco, Libya and Tunisia arrest and detain migrants before attempting to cross the Mediterranean.

Nearly 2,100 migrants died trying to reach Spain by sea during the first six months of 2021, roughly the same amount as all last year, a migrant rights group said on Wednesday.

More than 90% of this year’s deaths, or 1,922, took place during 57 shipwrecks on the route to the Canary Islands.

In general, last year and this year, because of political tensions between Spain and Morocco – due to the medical treatment offered by Spain to one of the Sahrawi leaders, a people claiming independence from Morocco – controls to the Canary Islands and the Spanish enclave of Ceuta and Melilla have greatly decreased and record arrivals have been recorded.

In Spain, in 2021, more than half of the migrants who managed to enter the country (from Africa) chose the Canary Islands as their port of call to enter Europe: since October 2020, more than 30,000 migrants have arrived on the Spanish islands off the African continent.

Between January and March 2021, arrivals in the Canaries more than doubled compared to the first quarter of 2020. Local authorities feel powerless in the face of a desperate situation: first of all, relocate migrants sleeping on the streets and distribute food to them. In the archipelago, the most affected by the phenomenon is Gran Canaria.

Lack of tourists in Morocco (which is experiencing its first economic recession since 1995), the fishing crisis in Senegal (caused by multinationals whose intensive exploitation has reduced the quantity of fish by 80% in the last 10 years) are some of the reasons for this flow of migrants, pushed towards Europe in search of a better life.

Residents of the Canary Islands, who make their living from tourism after the Covid pandemic, are afraid that migratory pressure will put a damper on the arrival of tourists, while thousands of people have seen their rights violated, illegally pushed back or held for weeks in very harsh conditions on the docks.

A situation very similar to those in the Greek islands and Lampedusa in Italy. All three territories have long been working together to ensure that the European and national authorities do not leave the island communities to deal with the problem alone.