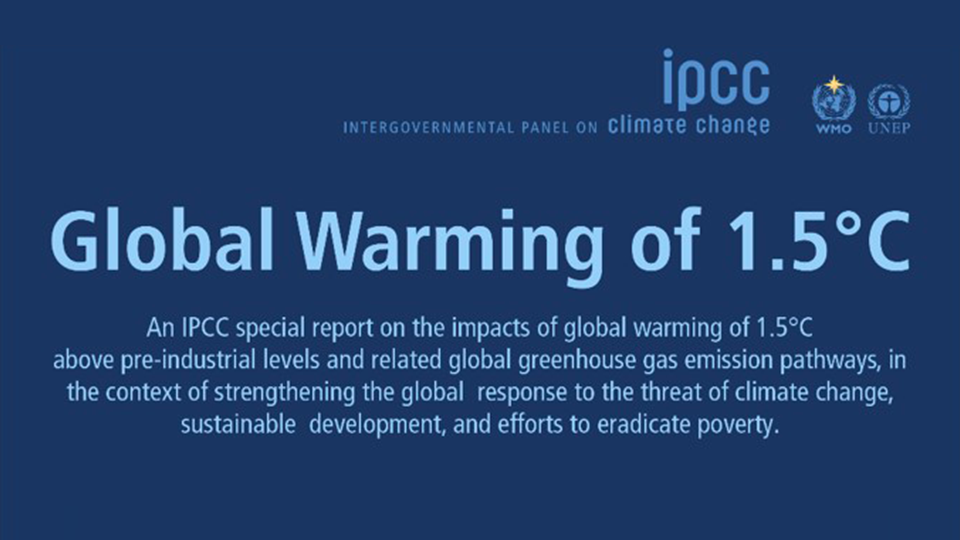 Limiting global warming to 1.5°C would require rapid, far-reaching and unprecedented changes in all aspects of society, the IPCC said in a new assessment. With clear benefits to people and natural ecosystems, limiting global warming to 1.5°C compared to 2°C could go hand in hand with ensuring a more sustainable and equitable society, the Intergovernmental Panel on Climate Change (IPCC) said on Monday.
The Special Report on Global Warming of 1.5°C was approved by the IPCC on Saturday in Incheon, Republic of Korea. It will be a key scientific input into the Katowice Climate Change Conference in Poland in December, when governments review the Paris Agreement to tackle climate change.

But how this change will impact on daily life? First of all, it forces people to move from their homecountries.

And even if there are no reliable estimates of climate change induced migration, according to IOM, future forecasts vary from 25 million to 1 billion environmental migrants by 2050, moving either within their countries or across borders, on a permanent or temporary basis, with 200 million being the most widely cited estimate. This figure equals the current estimate of international migrants worldwide.

Back to the IPCC report, it has been prepared by ninety-one authors and review editors from 40 countries  in response to an invitation from the United Nations Framework Convention on Climate Change (UNFCCC) when it adopted the Paris Agreement in 2015.
The Paris Agreement adopted by 195 nations at the 21st Conference of the Parties to the UNFCCC in December 2015 included the aim of strengthening the global response to the threat of climate change by “holding the increase in the global average temperature to well below 2°C above pre-industrial levels and pursuing efforts to limit the temperature increase to 1.5°C above pre-industrial levels.”
As part of the decision to adopt the Paris Agreement, the IPCC was invited to produce, in 2018, a Special Report on global warming of 1.5°C above pre-industrial levels and related global greenhouse gas emission pathways. The IPCC accepted the invitation, adding that the Special Report would look at these issues in the context of strengthening the global response to the threat of climate change, sustainable development, and efforts to eradicate poverty.

The Summary for Policymakers of the Special Report on Global Warming of 1.5°C (SR15) is available at https://www.ipcc.ch/report/sr15 or www.ipcc.ch.