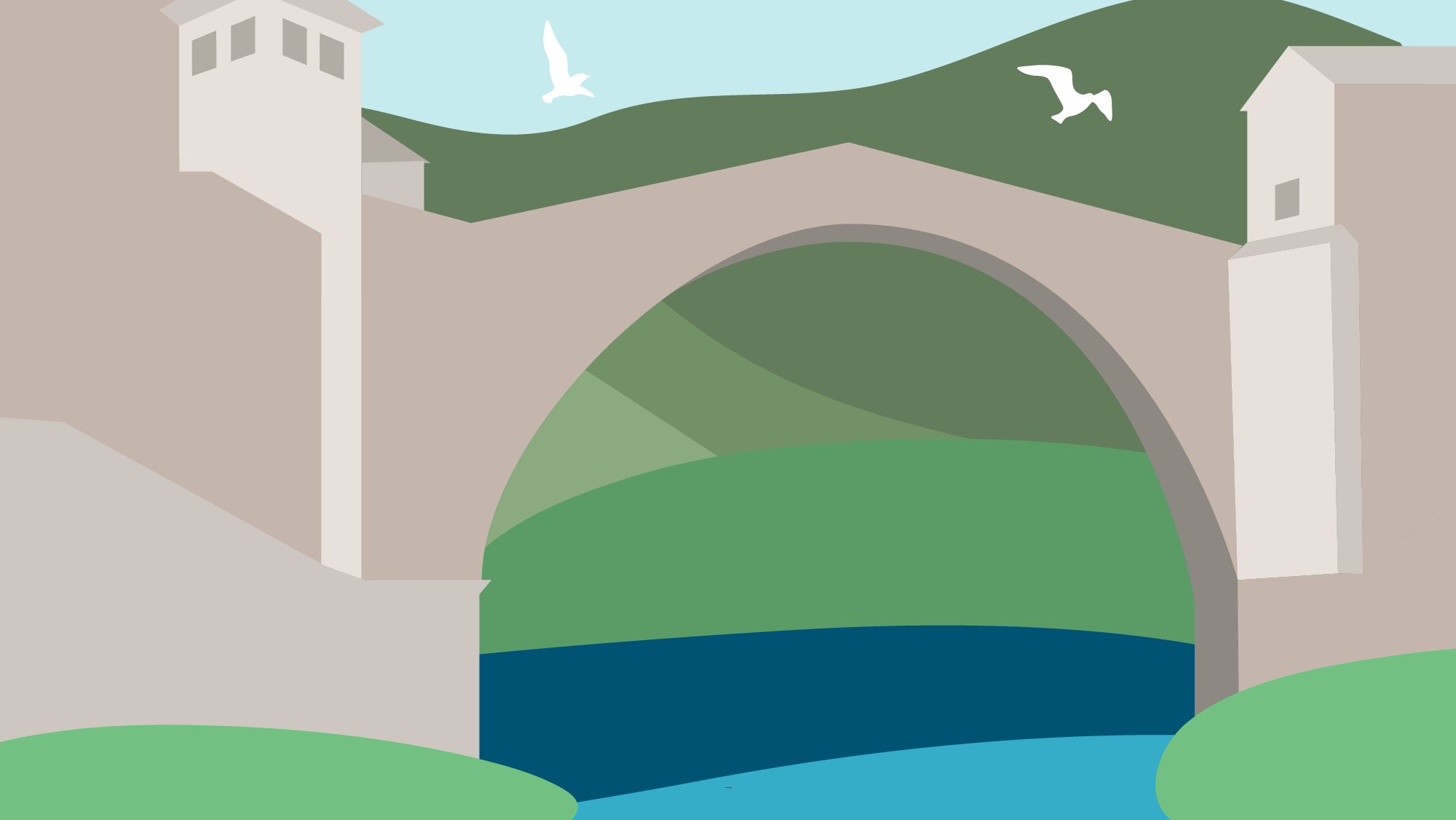 There are lines that have a story to tell. There are places that don’t want to stop talking. One of them is in Mostar, Bosnia and Herzegovina. A city that, for the whole world, has a symbolic place: its bridge, the Stari Most, the Old.

Knocked down by grenades during the conflict in the former Yugoslavia in the 1990s, precisely on 9 November 1993, today it has returned to join the two banks of the Neretva river that divides the city, as it has always done since the times of the Ottoman Empire. And it was precisely his role as a witness of an era, of a coexistence, that he wanted to kill himself.

Between yesterday’s war and today’s politics, however, is another place in Mostar where you will find a continuity of building and not of destroying. An immaterial and physical bridge at the same time: the OKC Abrašević youth cultural centre.

Named after Kosta Abrašević, a late 19th century poet, born in Ohrid, Macedonia, to a merchant family, a revolutionary of his time, as a building has existed since 1926, when the Cultural and Artistic Society of Abrašević Workers was founded in a house called “Taverna Europa”, at the entrance to the old Kujendžiluk bridge in Mostar, near the most famous bridge.

The founders of the company called this building the “home of the workers” because of its function as a working environment.

History seems to invest these walls of a mission. Already at that time, the Abrašević centre played a fundamental role in the cultural life of Mostar. It was a meeting place for young people from working class families and young bourgeoisie, as well as for the children of the mahalas, suburban settlements, who came from the countryside to the center and studied music. During the Nazi-Fascist occupation of the Second World War, the centre was closed, but its soul held out, before being reborn after the war. But another war was in the destiny of Mostar, that of the nineties, this time at home.

When the war in Bosnia-Herzegovina ended in 1995, no city in the former Yugoslavia was divided like Mostar. The center stands right along the front scar, in the central area along the river, which was destroyed during the fighting and became a no-man’s-land. The war had changed the map of the city, separating people by membership. The places that spoke to everyone, the places where to feel like citizens of Mostar without other definitions were very few. The center was and is one of them.

A group of young people roll up their sleeves and put the place in place, opening it to the proposals of the young people of the city: poetry and music, books and theater, information and culture. All together, in a city where many things were divided, from schools to sport. A strong message, which spoke of the future, not of the past. At the beginning it was a festival, then year after year it became a permanent centre of cultural production. Permanent to the point that, in 2008, the center became the owner of the building that initially lived in a symbolic way, but without documents. Instead, the direct legacy with the cultural centre, which since the 1920s has gone through two conflicts and is still there, has been recognised. To tell the story of the wars of yesterday and today, of the refugees of yesterday and today, remaining a home for the culture of encounter and respect.