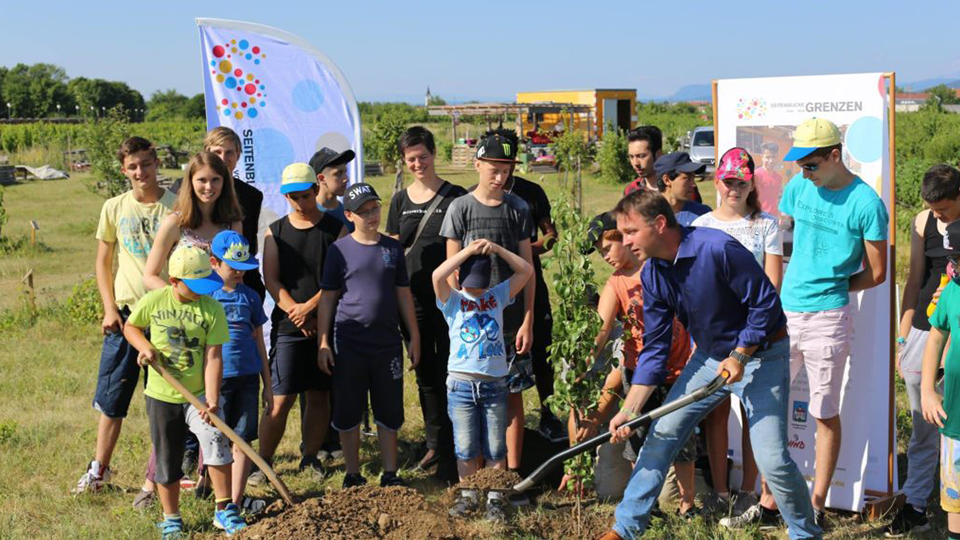 19 territories, 17 local authorities, 14 associations and organizations linked by Snapshots from the borders project did their first public events simultaneously on the occasion of the World Refugee Day, last 20th June.

In the Lampedusa and Linosa municipality, our project leader, there has been a double event: the inauguration of Approdi Mediterranei – Mostra d’arte, an art exhibition, and the installation in PIazza Garibaldi of the “Mosaico dell’Umanità – Mosaic of Humanity”. In Pesaro, a convention about borders narratives and a theathral performance have been held. In Bolzano, moreover, it has been presented an international cooperation project that the Provincia Bolzano is carrying out in the north of Sirya.

Crossing the Alps, in the municipality of Traiskirchen, 20 km south of Vienna, the mayor Andreas Babler, together with young students from a local school, planted a tree in the local “Garden of Encounter”, in remembrance of refugees and their roots.

Then, a cultural evening has taked place in Straß In Steiermark, Steiermark, Austria. African drum sounds and musical contributions from the kindergarten and the instrumental class of the elementary school in Strass have framed the reading from the book “My way from the Congo to Europe”. Then, an exhibition titled “Lifelines” shows portraits of people from different parts of the world. In Arkadia councilors and representatives of Südwind discussed issues of migration with the local population.

In Tenerife, then, the project focused in Social Communication: “The Responsability of communicating with perspective in Human Rights” was the title of the workshop proposed on 20th June.

The cultural and artistic event in Romania has been held in conjunction with other public events in all partner cities and aims to raise awareness at local level (Constanta, South East Region) and to promote information and awareness of the subject of migration and project itself.

In Germany took place a two days theater workshop “Theater statt Flucht”, organized by Eine Welt Netzwerk Thüringen e.V., Circus Momoloand Freie Bühne Jena, where the methodological basis is the Theater of the Oppressed by Augusto Boals.
The aim of the two-day workshop has been the development of a collective theater performance by means of exercises, games and forum theater. Actors of the theater group of the working group Asyl Bielefeld brought valuable experience into the workshop, how they make in connection with their reality of life theater and open cultural free spaces. From Germany to France: in Ville de Grande-Synthe there have been two exhibitions: Borders of the Musée national de l’histoire de l’immigration and “The forgotten coast” of Jean Philippe Huguet. Therefore, testimonies, exchanges with refugees and meeting with the elected members of the municipal youth council and a public closing and Nishtiman concert. The Municipality of Agios Athanasios, in Cyprus, publicly presented the European project Snanpshots From The Borders and started the informative campaign No more bricks in the Wall. Then, a presentation of the program of the summer cultural events of the municipality. In Limassol the event was called “Enjoys Voice With Refugees”. Then, the Limassol and Agios Athanasios Municipalities, the Intercultural Council and the Cultural Movement Selection co-organized an event and invite all to the Intercultural Festival “Musical Impressions 2018”, dedicated to World Refugee Day with the support of the UNHCR, the UN Refugee Agency High Commissioner in Cyprus.

Burgas Municipality (Bulgaria) and Balkan Institute for Labour and Social Policy celebrated the World Refugee Day with some public events: a press conference to present the project, its objectives and activities, and an art performance about migration themes by playing sequentially at various city locations a series of flashmobs. In the Medieval City of Rhodes we hosted an exhibition with 32 art works from the social structures of the Municipality, from elementary and high schools, as well as from organizations from the Civil Society. The art installation was made with shoe boxes, that symbolize bricks in the wall, in which the participants wrote their thoughts, messages and feelings about the refugee issue. In Steiermark, Austria, there was also a cultural evening promoted by the municipality together with Südwind with music, delicacies from all over the world and the discussion on the book “My way from the Congo to Europe” by Emmanuel Mbolela.

In Hungary the celebration of the Worlds Refugee Day in Siklosnagyfalu included a Town Dialog, promoted by Cromo Alapítvány – Cromo Foundation, where 15 stakeholders from different neighbouring towns participated. The public debate was about cultural identity, cultures of the settlements, Roma culture.

This event was the beginning of a long-term dialogue in Baranya county about intercultural and migration issues. 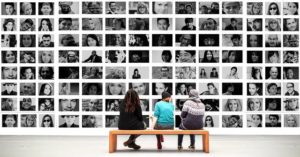