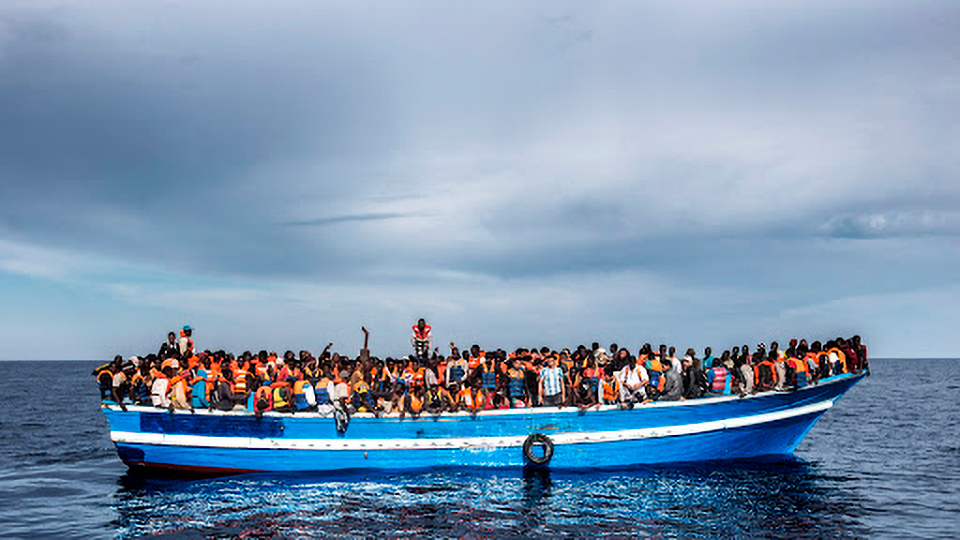 Annual Report of the Centro Astalli per i Rifugiati

“The phenomenon of migration is closely related to the increase in inequalities across the planet: 1% of the world’s population holds more than double the wealth of the remaining 99%. Climate change is increasingly affecting the movement of men and women, the so-called environmental refugees, recognized as such for the first time by the UN Human Rights Committee with an historic ruling in January 2020”.

This is the approach of the 2020 Report of the Centro Astalli per i Rifugiati, one of the most important realities dealing with migration in Italy. Every year, their report, which is the result of the work of operators and researchers, offers a real and constantly updated image of migration in the country.

“2019 marked a new sad record: according to UNHCR about 71 million people found themselves in the condition of having to leave their homes to flee wars, persecution, natural disasters. A number never so high in the contemporary age and that only marginally touches Europe. There are over 25 million refugees, more than half of them children, many without families. Humanitarian crises, now out of the attention of the media, are at the origin of most of the migrations in the world.
The Afghan population has been fleeing violence and conflict for over forty years, despite the fact that the international community continues to speak of a peaceful country. In Yemen, after five years of war, 24 million civilians need assistance and more than 3.6 million have left their homes. In Africa, from South Sudan alone, more than 2 million people have been forced to set out. But the biggest migration crisis remains the Syrian one, which, having entered its tenth year of war, has caused more than 5.5 million people to flee, while more than 6 million are internally displaced people living in extreme poverty,” the report explains.

This very complex global scenario, the Covid-19 pandemic has also come to complicate the context. Because of the health emergency we have “many refugees made irregular, or worse, invisible, by the national and European closure and rejection policies that characterized 2019. EU states have continued to implement policies of little solidarity and substantial closure of external borders to prevent access to protection for those who, in the absence of legal means of entry, try to arrive by increasingly dangerous journeys. All this despite the fact that 2018 had ended with the ratification by 164 countries of the Migration Compact – Pact for safe, orderly and regular migration (which Italy has not ratified)”.
According to the report, “Turkey and Libya are confirmed as the main countries for the containment of migratory flows to Europe, despite the numerous appeals by international bodies and civil society to interrupt the ongoing agreements with unsafe states. In particular, the repeated denunciations, also by the United Nations, of the serious violations of human rights in Libyan detention centres, also reported by the many refugees we meet every day and who show signs of violence and torture, have been worthless. 2019 can be defined as the year of suspended lives: thousands of migrants have lived confined in a sort of limbo. Forgotten in Libyan prisons, in refugee camps on the Greek islands or even on the ships that rescued them, left at the mercy of the waves for days”.

An alarming picture of indifference and oblivion, despite – as the report records – “only 11,471 migrants have landed in Italy (a decrease of more than 50% compared to 2018 and 90% compared to 2017). Unfortunately, the number of those who lose their lives at sea remains very high. The crossing from Libya, where it is estimated that one migrant every thirty-three dies, is confirmed as the most dangerous route in the Mediterranean”.