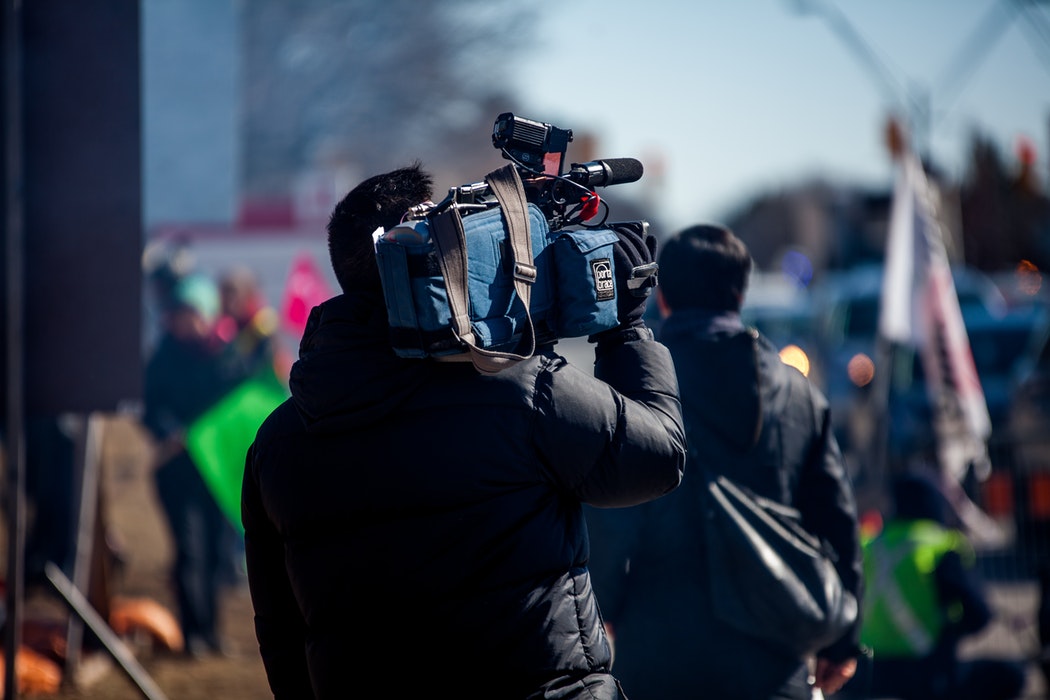 In recent years, borders have taken on an immense significance. Throughout the world they have shifted, been constructed and dismantled, impacting on life on thousands of people, re-shaping virtual and material spaces. They are no longer exist only at the edge of territory, marking the point where it ends, but have been transported into the middle of political space, in the Mediterranean like anywhere else. In doing so, borders are deconstructed and reorganised according to the unceasing re-articulation of international power relations, national sovereignties, market technologies and systems of measurement and control on a global scale.

This is particularly apparent today in Europe: proliferation, mobility, and deep metamorphosis of borders are key features of actually existing processes of globalisation and modernity.

According to this, our snapshots from the borders aim to tell the human, material and political implications that borders and mobility policies means to the territories and people involved on both sides: of those who migrate and those who live in countries interested by migration flux, by giving relevance to those films reporting the experience through the voices of migrants and the witness of citizens and organizations working on reception policies.

The selection focused on the impact of the issue in European countries, except for two films that highlight what happen before the European borders. Furthermore, in the films proposed, the Border is decomposed in its spatial and material implications; in its social implications and the impact on the territories; in its etical and political dimension, questioning european citizenship; through stories that report the daily struggle of people living in a foreign country; in the emergency event depicted by media.

Switzerland / Germany, 92’, 2018 | Locarno FF, Berlinale, DOCLisboa Imhoof takes this early experience of personal loss as a point of entry to the ongoing refugee crisis, the biggest mass displacement of people since WW II. With extraordinary access, Imhoof takes us on a journey with deep personal roots through the Italian warships of Operation Mare Nostrum, refugee camps in Southern Italy, asylum hearings with Swiss authorities, all designed to turn back refugees at all levels. What emerges is a stark picture of an absurd and inhuman process that fails to address a human tragedy: a crisis caused by economic imbalances turning the rich countries of the North into the Eldorado that so many of the less fortunate try to reach at all cost. The “Promised Land” is based on a broken promise.
TO THE FOUR WINDS/LIBRE by Michel Toesca

France / Italy, 100’, 2018 | Cannes FF, IDFAOver two years, To the Four Winds follows this activist smuggler between italy and french border in his attempts to ease the migrants’ plight. The result is a portrait of a group of modern heroes who want to show that Europe is more than its strict immigration policies. We see Herrou’s crowded backyard, and follow him on his journeys across the border into France or on his way to court. At the same time, the rebellious farmer talks about his motivation and experiences, with the soundtrack weaving together the action scenes and interviews.
REVENIR/TO RETURN by David Fedele & Kumut Imesh

Australia, 83’, 2017 | Congo International FF, Africa FF Koln, Cinemigrante FF Argentina For years, the stories of West African migrants and refugees have been told through the lenses of foreign journalists. Now there is a story from the inside. Part road-trip, part memoir, part journalistic investigation, REVENIR follows Kumut Imesh, a refugee from the Ivory Coast now living in France, as he returns to the African continent and attempts to retrace the same journey that he himself took when forced to flee civil war in his country … But this time with a camera in his hand. Traveling alone, Kumut will be documenting his own journey; both as the main protagonist in front of the camera, as well as the person behind it, revealing the human struggle for freedom and dignity on one of the most dangerous migratory routes in the world.A controversial film experiment, a courageous journey and a unique collaboration between filmmaker and refugee; which is not without consequences.
STRANGER IN PARADISE by Guido Hendrikx

The Netherlands, 72’, 2016 | IDFA, CPH:DOX, DOCAVIV, Sheffield FFIn a classroom in Sicily, just inside the walls of Fortress Europe, recently arrived refugees receive lessons from a teacher (Valentijn Dhaenens) who has some rather unbalanced traits. One moment he mercilessly rejects the refugees the next, mollifyingly, he embraces them. Operating at the intersection of documentary and fiction, Stranger in Paradise investigates the power relations between Europe and refugees. Europe is represented by a teacher who drags his class of refugees down into his despair. A plea that borders on the immoral; a welcome charged with a guilt complex; and the compromise between these, made policy: Stranger in Paradise is an unflinching film essay on the mechanisms through which Europe tackles the refugees’ desire for happiness.
FALLING FORWARD by Øystein Frøyland Norway

Norway, 59’, 2017 | CPH:DOX, Bergen International Film Festival, The Norwegian Documentary FFWho wouldn’t want to be friends with Maher? A Norwegian feel-good docu-comedy about integration, identity and a dream of flying. Everyone loves Maher. The 20 year old Syrian refugee has made a new home for himself in the Norwegian smalltown of Løkken, far from the war that is raging in his home country. Maher speaks Norwegian, goes to school, and even plays the trumpet in the town orhestra – or at least he is doing his best to! But Maher dreams of having the freedom to fly over borders without being a refugee, and about one day returning to Syria as a fully educated pilot. ‘Falling Forward’ is a film about starting from scratch in a new country when the horrors of war are still lurking in the back of one’s mind and the criteria to fit in are extra hard. Also although Maher is a born optimist who knows how to fall: You just got make sure that you are falling forward! A lovely feel good docu-comedy about integration, identity and a dream of flying.
LAMPEDUSA IN WINTER by JaKob Grossmann

Austria / Italy / Switzerland, 93’, 2016 | Locarno FF, DOK Leipzig, Jihlava IDFF, CPH DOX, Stockholm IFF, Austrian Film Prize for Best DocumentaryThe Italian “refugee island” of Lampedusa is in the firm grip of winter tristesse. The Tourists have left, the remaining refugees fight to be taken to the mainland. As a fire destroys the worn down ferry, that connects the island to Italy, the mayor Giusi Nicolini and the local fishermen struggle for a new ship. While the refugees are finally transferred by plane, the fishermen occupy the port in order to protest. The island is isolated and as food supplies run out the protesters start to disagree with each other. The coast guard tries to prevent the tragedies of the upcoming season out in the sea, while many islanders try to describe the role of Lampedusa to the never ending stream of reporters that step by on the island. The tiny community at the edge of Europe is engaged in a desperate fight for dignity, and for solidarity with those who many consider the cause of the ongoing crisis: the African boat people.
CITTA’ GIARDINO by Marco Picaredda, Gaia Formenti

Italy, 52’, 2018 | Visions du Reel Nyon, Beijing FF, DOXA, Trieste FFThe “CittàGiardino” centre for immigrants is closing. There are only six teenagers left in the house. They have all arrived from Africa, walking through the desert, or risking their lives by boat across the sea. Now they are there stuck in the Sicilian hinterland, waiting desperately for a visa that might not come at all or a transfer directive. Thus, the days begin to look all the same. Sleeping, eating, and toying endlessly with their smartphones hoping that something might happen in one way or another. And the feeling of being like a trapped animal or a prisoner grows increasingly stronger. But Sahid does not like to wait anymore, idling around, while time slows down excruciatingly. With the help of his friend Farouq he plots an escape plan… A film that manages to go beyond the restrictions of the films made up until now about refugees.
ANOTHER NEWS STORY by Orban Wallace

UK, 90’, 2017 | Karlovy Vary FF, IDFA, ZURICH FF, Human Rights FF Lugano, WATCHDOGSAnother News Story takes a fresh view of the European refugee crisis. The film opens in 2015 Greece as refugees arrive on the idyllic island of Lesbos and follows refugees into Hungary and Croatia and across Europe to a hoped-for sanctuary. The film chronicles a journey beset by physical deprivation and danger, bureaucratic and political obstacles and thousands of miles of uncertainty. As the refugees wind their way across Europe they are accompanied by a pack of fellow travellers – reporters, camera-operators, producers and news vans. As he too travels alongside the refugees debut British director, Orban Wallace, turns the camera in a new direction: the world’s 24-hour news gatherers in pursuit of the breaking story.
IUVENTA by Michele Cinque

Germany/Italy, 84’, 2018 | IDFA, London Migration FF, Human Rights FF Albania, Kids on the DocsThe documentary film Iuventa relates the events of a crucial year in the lives of a group of young Europeans all involved in different ways in the Jugend Rettet humanitarian project, starting from the first voyage of the Iuventa ship in the Mediterranean Sea to the heavy accusations that led to the seizure of the vessel more than a year later. The claim of the NGO is that they are not the ones who have to do the job; they start the operations to demonstrate that a search and rescue program at sea is mandatory and is a moral duty for Europe. The backbone of the narration is the ship’s first trip out to sea: setting sail from Malta, she comes back to La Valletta after 15 days offshore, having saved the lives of over 2,000 people. After the first mission the film takes us to Berlin and in Italy in the months following the first voyage, through the winter time when the future of the Jugend Rettet is discussed. The film, precisely because of the particularly young age of its protagonists, becomes the tale of a sort of training period: finding themselves at the forefront of this horror and death, and conscious of the vastness and complexities of the correlated socio-political problems, these youngsters start having doubts about the sense of the whole project which, it appears, determines in some way the loss of their innocence.
BUT NOW IS PERFECT by Carin Goeijers

The Netherlands, 55’, 2018 | IDFA special Jurt Award, Krakow FFThe unyielding way in which the mayor of Riace, a village in the Calabria region of south Italy, generously took in refugees was long viewed as a success story. In one fell swoop, he solved the village’s two-fold problem of an aging population and the exodus of young people. It had been looking like Riace would go the same way as many other small rural communities and become a ghost town. But the newcomers really livened things up—until, that is, the political tide turned and the subsidies for Riace’s refugee policy dried up. The result was chaos and confusion. Many of the refugees, including 26-year-old Becky Moses from Nigeria, had to leave. Her relocation to a reception camp elsewhere in the region has fatal consequences.