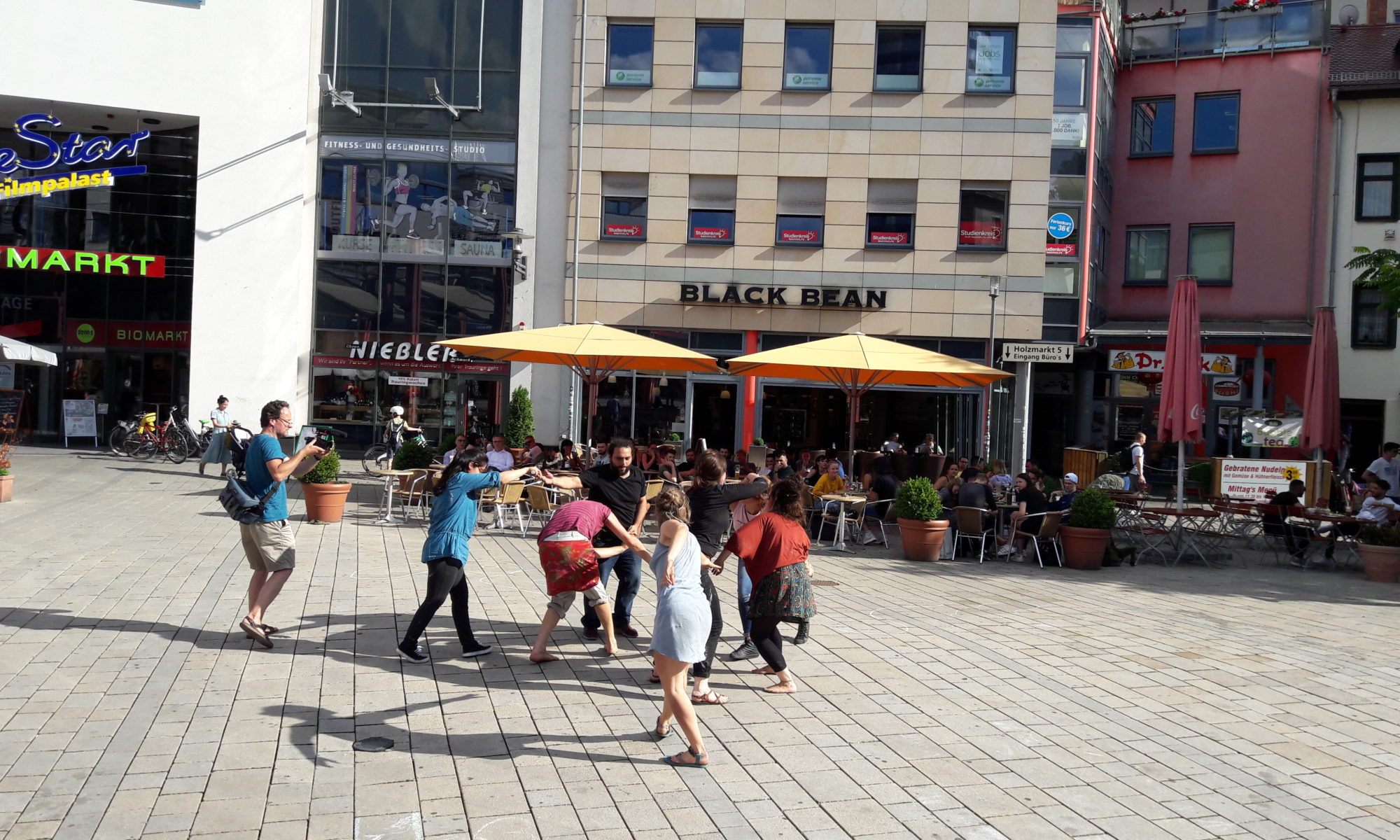 The ever increasing discomfort and anger about migration-related issues amidst the public, demands a critical as well as indulgent understanding of global inequality and interdependency, which often triggers migration flows. In the wake of rising populist movements and dissatisfaction over migration, it is important for individuals and initiatives to come together and set a precedent for an open, tolerant 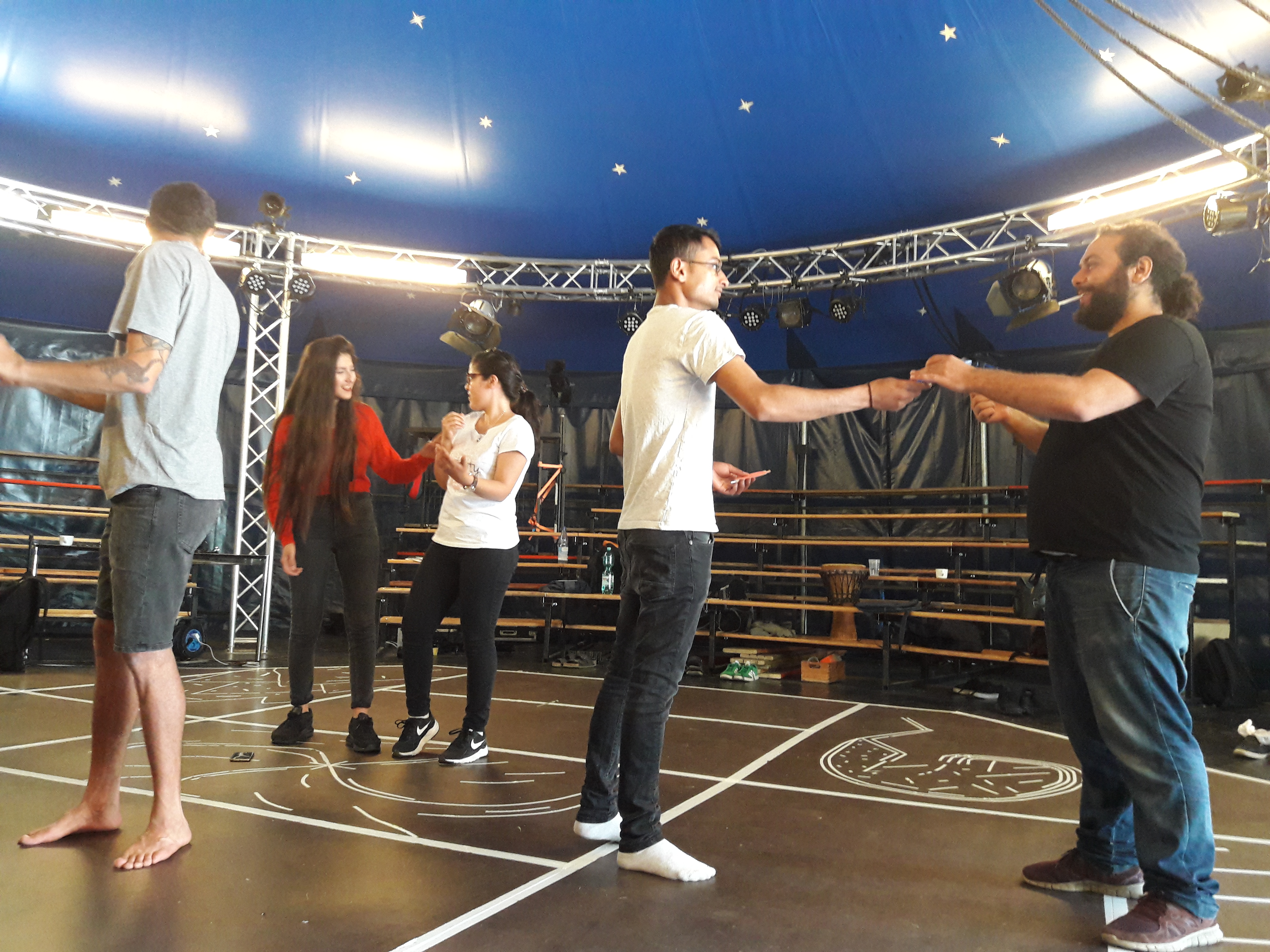 Eine Welt Netzwerk Thüringen in cooperation with two partners, Freie Bühne Jena and Circus Momolo, active in the field of public art and performance, organised a theatre workshop (“Theater statt Flucht”- Choosing Theatre over Flight) on 15th and 16th June in Jena. The primary goal of conducting this workshop was to bring together participants from diverse backgrounds and provide them a platform to showcase their collective theatre performance in a central public place (Holzmarkt) on World Refugee Day (20th June) in Jena. The aim was to not only use this performance as an instrument to come in contact with the local citizens but also to raise awareness about issues such as migration, integration and refuge. In order to provide a launching pad to the theatre performance on World refugee day, a video was recorded and released, which encapsulated opinions regarding migration from various stakeholders such as politicians, civil society initiatives and other individuals. This video was shared on social media to stir a response regarding migration and integration issues. The theatre performance was widely received by the public in Holzmarkt and received extensive news coverage from the local TV channel.