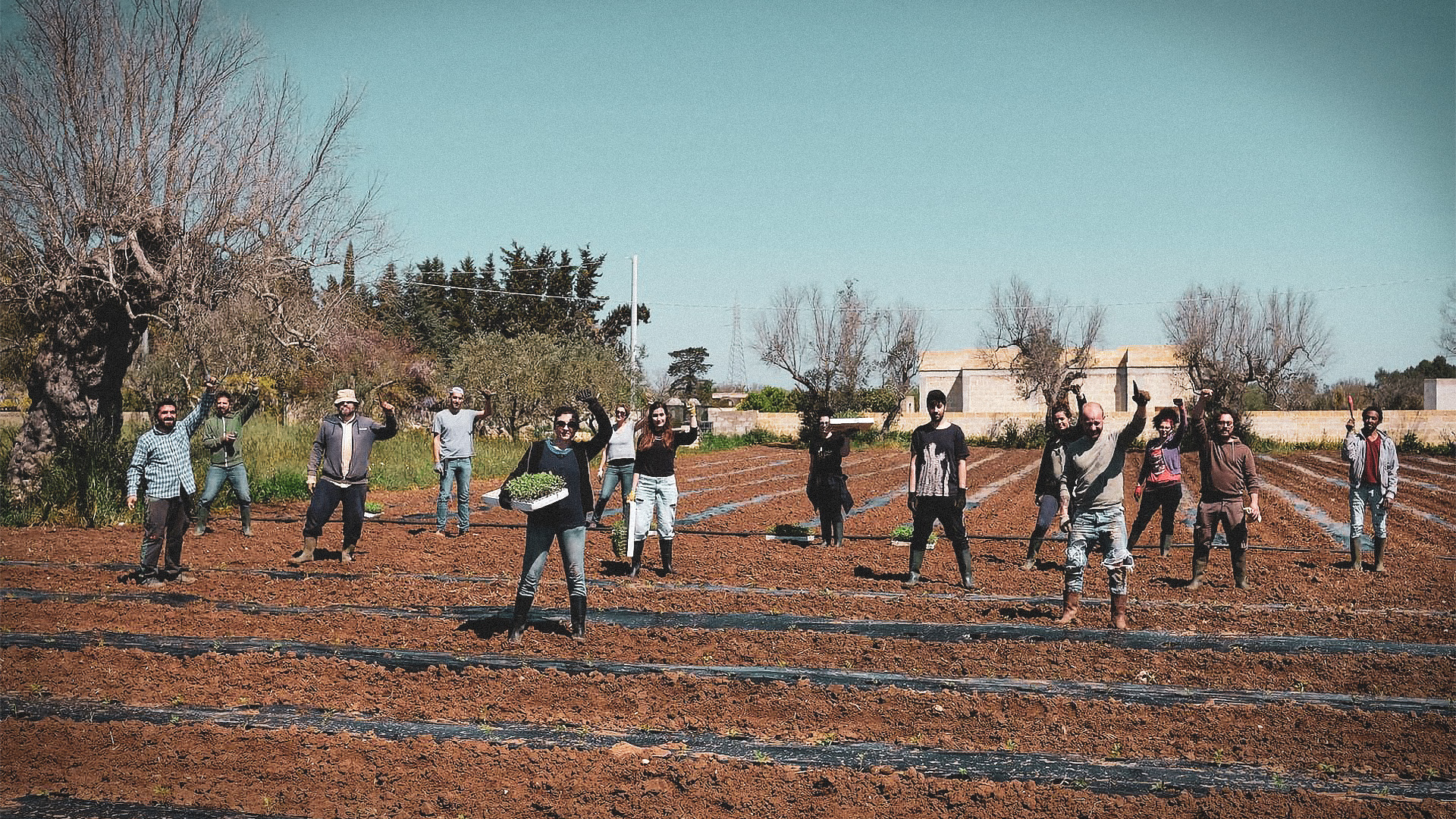 “An experience like ours changes your life. Forever. It’s an intense, demanding project that takes up 100 % of your energy. You can’t do it in your spare time, it takes up full time. Our aim is to create work, in accordance with the sacred principle that work should be paid fairly, but commitment is certainly much more than work. And there have been many difficulties over the years, but we have overcome them, we have never given up, because we really believe in them.”

Rosa Vaglio, president of the association Diritti a Sud, from Nardò, in the province of Lecce, Puglia, tells the story of SfruttaZero, an ethical tomato chain, from sowing to processing. No one is exploited for the harvest and all the other stages of processing the so-called ‘red gold’, tomato sauce, a symbol of ‘made in Italy’ which, however, is based on the exploitation of seasonal workers and the ‘caporalato’ (forced labour) in Puglia and other areas.

“In 2014 an association in Bari, Solidaria, had the idea and created the name. Then they involved us, in Nardò, and since then we have been working together. A project born from the bottom up, without personal or general coverage, as a claim and a provocation: to show that even without means, in a small way, it was possible to set up a form of work that respects workers’ rights,’ Rosa says. ‘We started with tomatoes grown in the courtyards, working side by side, local activists and workers. The two associations that set up SfruttaZero have a history of commitment and working with vulnerable situations, such as uncomfortable housing, precariousness and labour exploitation. The focus on seasonal workers in agriculture was the natural consequence of these paths. The direct knowledge of people who were exploited, in Bari and Nardò, gave us an immediate picture of the situation. Many of us had come from different backgrounds, including studies abroad, with no previous experience in agriculture. We approached this adventure as activists, networking and getting personally involved.” 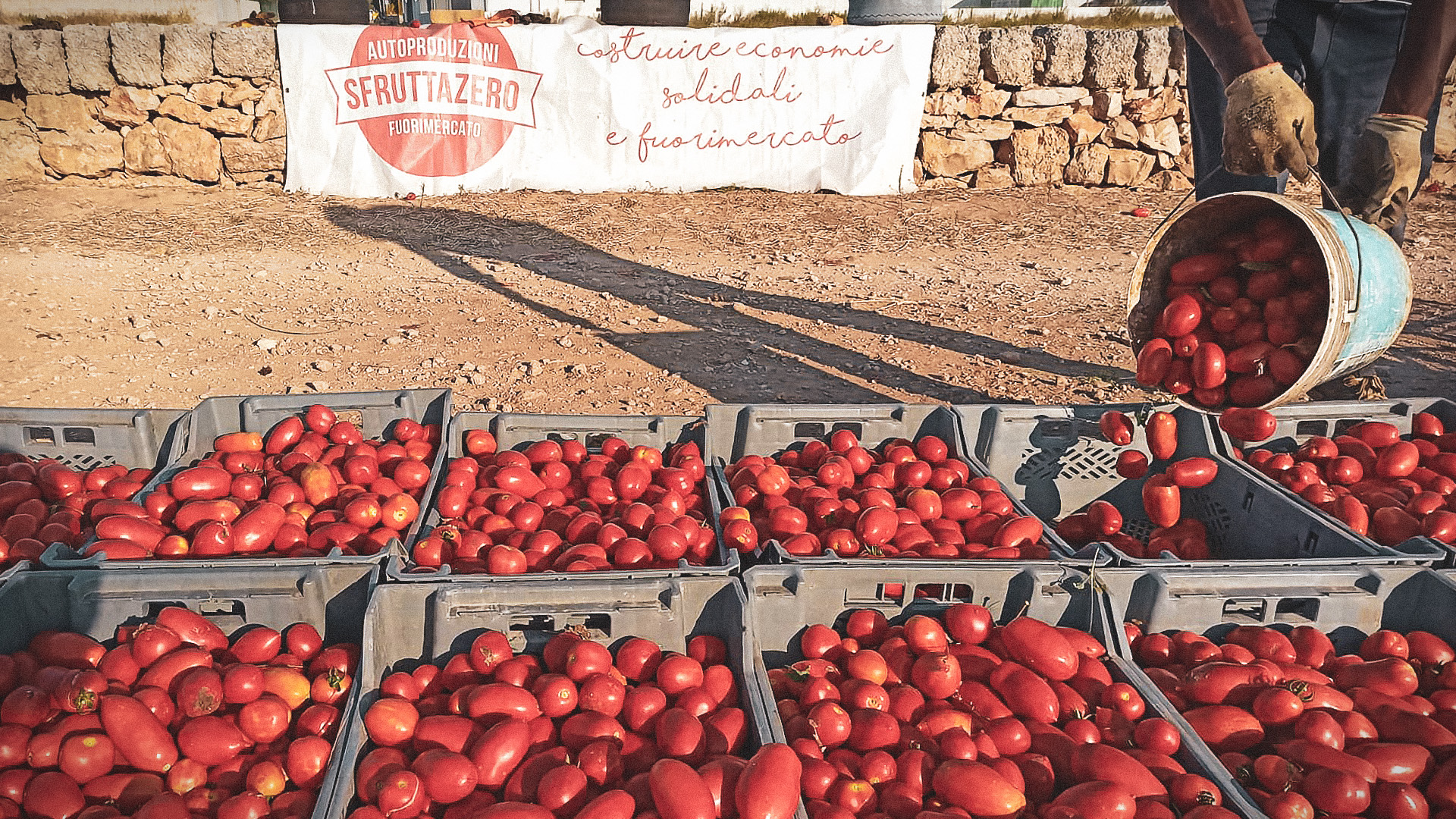 Today, seven years later, SfruttaZero is an extraordinary reality, which has created a supply chain that respects the rights of workers – both Italian and foreign – in a sector, such as agriculture, where exploitation is fierce, in a sector that is physically exhausting and where many seasonal labourers live in extremely harsh conditions for very little pay.

“The first production was 2500 jars of tomato sauce the first year, in Nardò, now we are at 30,000 jars a year produced between Bari and Nardo and this year we will grow again. Everyone has what’s right: contracts, payroll, social security contributions, work safety, insurance,” Rosa says. “We have managed to remain an autonomous supply chain, we have refused to enter the big distribution, where often the low price of the products is only possible with the exploitation of the weakest link in the system: the seasonal workers.”

Diritti a Sud and Solidaria are among the realities that have generated FuoriMercato, a national and independent distribution network that guarantees real respect for workers’ rights.

“Our philosophy, and our functioning, is cooperative – assembly. Some of us deal with logistics, administration, orders and distribution. In total, between the two associations, up to eight people work all year round, then with the season – which starts in June – there are at least 35 contracts between Nardò and Bari. All are guaranteed workers’ rights. And it is always the assembly that, beyond the formal offices, decides together. Every year we put 2% of our profits away, for a mutual aid fund, with which we support other people’s projects or which we use for people in difficulty,” Rosa explains. “Our principles, apart from mutual aid, are workers’ rights and the protection of the environment and nature. For us, agroecology is fundamental, in a land like Apulia that for years has been flooded with chemicals for the logic of intensive agriculture. We are a model of society, of economics, of rights. We do everything ourselves, except for the support of the Chiesa Valdese  through a call for tenders and the support of a company like BancaEtica for promotion.” 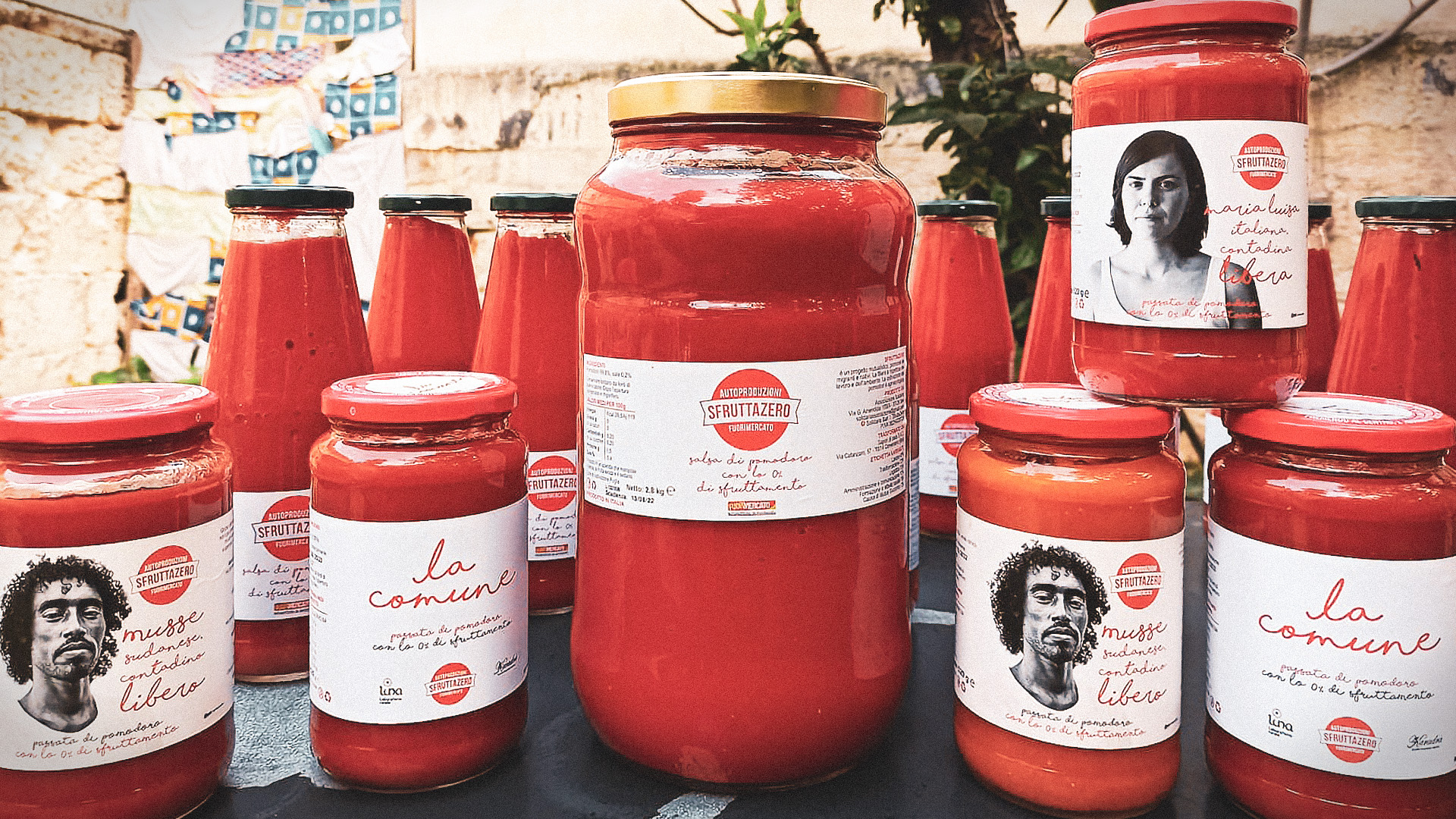 In recent years there has been much talk of the real impact of ethical initiatives such as SfruttaZero. What is the balance of these years? “The situation of agricultural workers in Apulia has certainly improved, there are no longer ghettos, but there are lodgings. But this is not enough, because although there are more controls than in the past, the logic of tying the residence permit to the work contract remains and too many producers do not respect the rules. And this is not just a problem in Puglia or Italy, but all over the world. The problem is the logic of the market and of lower and lower costs, which the workers pay. The situation has improved, civil society is also more involved than in the past, but there is still a lot of work to be done”.

On the ground too. “Nardò knows us, it knows what we do. But they still tend to ignore the people who work in the fields. A lot of work needs to be done on this because there are no invisibles, but people who don’t want to see,” Rosa concludes.