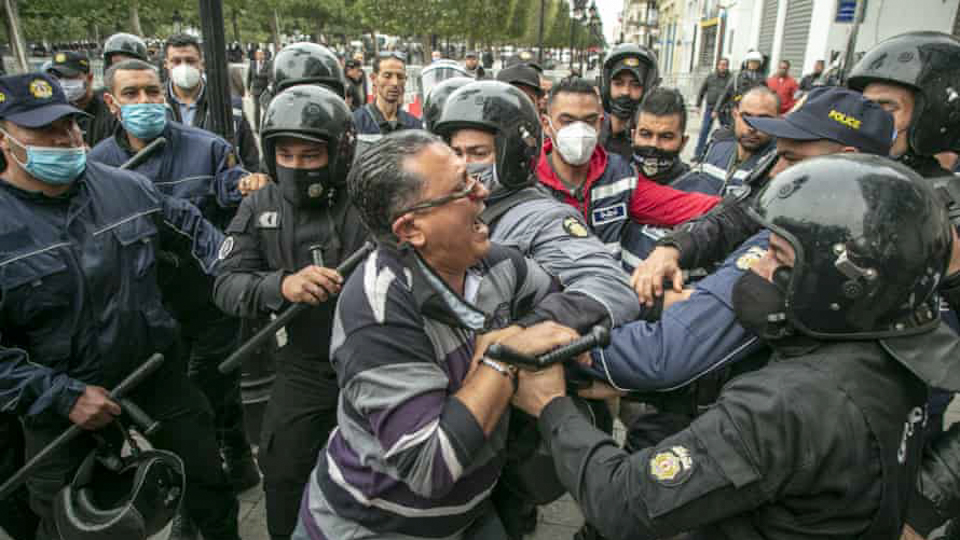 In its latest report The Rise and Impact of Government-Organized NGOs: Another Tool for Repressing Independent Civil Society, EuroMed Rights – a network of 65 civil society associations in 30 countries – examines how government-organized NGOs (or ‘GoNGOs’) support the work of authoritarian governments by disseminating alternative human rights narratives.

According to data compiled in the report, these organisations indirectly intimidate independent civil society actors, human rights defenders and trade union activists, while providing international human rights legitimacy to the authoritarian governments that support them.

By their actions, GoNGO’s complement the system of restrictive laws and abusive practices implemented by authoritarian governments to restrict the space available for civil society to organise and defend human rights.

The EuroMed Rights report focuses in particular on some of the difficulties faced by activists in Algeria, Egypt and Turkey.

The report, for EuroMed Rights, aims to be “a starting point for an open dialogue with stakeholders and policy makers to create awareness of the issue and counter it.”

The report is based on direct testimonies of independent activists and trade unionists in the countries investigated and is complemented by an analysis of the repressive legislative environment against civil society activism.

In Algeria, Law 12-06 imposes severe restrictions on civil society activities, including obtaining permission from the authorities to form an NGO, to receive funding from abroad and to cooperate with international NGOs, establishing measures such as suspension of activities, dissolution, fines and imprisonment for its activists.

In Egypt, Law 149 also puts in place a system of government control over civil society, imposing significant restrictions on training, funding and the scope of permitted activities, as well as cooperation with international entities, and the internal governance of NGOs.

Turkey, which until recently was in line with international standards, adopted a series of amendments in 2020 that – according to the EuroMed Rights report – represent a major step backwards for the full exercise of freedom of association.

In addition to NGOs, the conditions under which trade unions operate in the three case studies are also of concern: the environment for them remains restrictive and hostile in all three countries. In Algeria and Egypt, legislation and its arbitrary implementation pose major obstacles to the registration of independent trade unions and the conduct of their activities without government interference, limiting trade union pluralism.
In all three countries, civil society actors and human rights defenders are deliberately targeted by the abuse of vaguely formulated penal provisions that amount to judicial harassment, together with the use of the instrument of prolonged and arbitrary detention.

The charges used against civil society actors are of a similar nature in the three countries examined, including defamation of public authorities and institutions, membership of terrorist organisations, propaganda in favour of terrorist organisations and incitement to violence. Finally, the accusation of spreading false news is another tool constantly used against civil society actors.

The EuroMed Rights report is an important tool to reflect on what measures the international community should support towards the countries of transit and origin of migration flows in order to have a positive impact on local civil societies, to support regional stabilisation, will continue to produce massive migration flows.