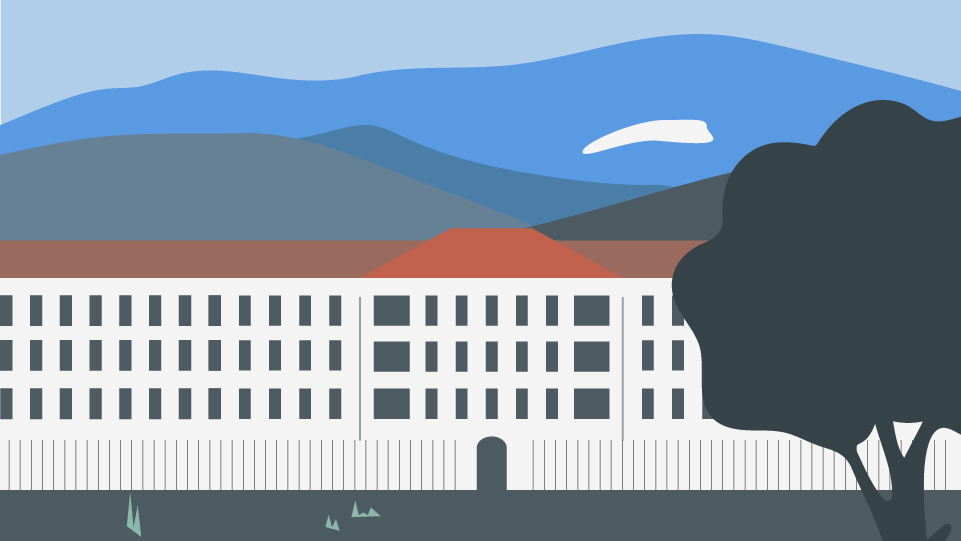 There are places that have a story to tell. Landscapes that, because of their location or destiny, are always at the crossroads of history. And as always, history is nothing more than the sum of millions of small stories.

Traiskirchen, a few kilometers from Vienna, a town of almost 20 thousand inhabitants lying in the Thermenlinie of Lower Austria, between hot springs and vineyards, is one of these places.

From the Austro-Hungarian Empire through the Nazi regime, up until today, history has passed through in Traiskirchen and left traces, stories, lives suspended and fleeing in the midst of so much peace.

To get to know this story, as if the walls could speak, you have to start from a symbolic place: the Bundesbetreuungsstelle für Asylwerber (Federal Office of Assistance for Asylum Seekers). A large, old, imperial-style building. Built in 1903 as a barracks for training the artillery troops of the imperial army, after the end of the First World War it became a school for cadets. The advent of Nazism transformed it into an élite school for young recruits of the infamous NaPoLA (Nationalpolitische Lehranstalten), the institute that selected the so-called ‘sons of Hitler’, destined to become the leaders of the SS, on the ground of race and loyalty.

The barracks, like an old man sitting in the square, have seen real and fake empires, wars and peace agreements passing by, living under the monarchy and the republic. They are still there and still welcome lives on the run, immobile and at the same time moving through history, with the wonderful massif of Schneeberg in the background. The story of the barracks was not over in 1945, when it became a military hospital. After the end of the war, the camp was turned into the headquarters of the Soviet troops in Austria. Their withdrawal coincided with the establishment of a clear division, the ‘Iron Curtain’, which some individuals started trying to cross. In the 1950s the barracks started being related to the Cold War frontier between the West and the Socialist bloc. Consequently, the old facility, from a place of military training, was turned into a place of reception.
The first refugees who reached the camp, in 1956, were the Hungarians fleeing the Soviet repression of the Budapest uprising. Then, in 1968, it was the turn of the Czechoslovaks fleeing after the crush of the Prague spring. In 1973, as the Chilean dissidents were fleeing from the massacres of the Pinochet regime, the Spanish language started echoing in the hallways. Later, Iranians and Iraqis arrived, fleeing the revolution and the war. In 1982 the Poles reached the camp after the strikes and the ban on the Solidarnosc movement. But there were also refugees fleeing faraway wars: Vietnam, Uganda. At the end of the 1980s it was the turn of Romanians, escaping the collapsing Causescu regime. Between 1992 and 1995 another war broke out in the neighbourhood, that of former Yugoslavia. Finally, since 2001, at the time of the ‘global war on terrorism’, it was the time of Afghans and Iraqis, leaving their countries burning after an unsuccessfull attempt to export .

Among the thousands of both ordinary and extraordinary life stories that the walls of the old barracks could tell, there are the ones of Paul Lendvai and Ioan Holender, respectively a Hungarian journalist and writer, and a Romanian conductor. They were refugees, frightened and alone like all the refugees, who were stretched out a hand and given an opportunity. One could wonder of how much talent is lost every day among the waves of the Mediterranean.

The white walls and large window have seen history passing. The stories, despite being different, are all similar: fear, escape, freedom. Living and surviving.

The playwright Michael Zochow was a refugee himself and had an unparalleled role as a witness of the upheavals in global politics. His play devoted to the town and entitled “Traiskirchen” is  a sort of “Midsummer Night’s Dream” which gathers together on the stage people on the run from different generations .

In 2015, history returned to Traiskirchen, with the Syrians escaping from a tremendous war, longer than the world wars. And once again, the old barracks and the city do not turn their backs on those fleeing the war.

Once, the escapees  from communism were welcomed as heroes, while war refugees were welcomed simply out of moral duties. However, the narrative on new refugees has changed. On the background of tensions within the institutions, a debate arose between those living on the border and the central authorities.

Yet it is not difficult to find dozens of images of the citizens of Traiskirchen bringing commodities to the families in the center. With the motto, launched by the municipal administration: “Let’s turn our anger into courage”.

It is not only the hospitality that makes Traiskirchen special, because people do not need just  food. For years the project Garten der Begegnung (the garden of the meeting) has brought together citizens and asylum seekers developing a collective project of organic farming, tailoring, cooking. Beauty is able to heal and not only asylum seekers: because the project benefits the vulnerable sectors of the local population, providing psychological and material support. For example the Mommy’s Coffee Time project has become a meeting point providing mutual support to the city’s mothers, regardless of their country of origin. Because helping others means helping yourself.

Traiskirchen does not forget. Its old facility is still there to remember that history is a setof ups and downs.

And someone still needs a safe haven. The plaque in the old cemetery of the town, with the memorial to the fallen of the two world wars, reminds everyone of this:

“Don’t think to have millions of enemies: your only enemy is war”. And in Traiskirchen there is an old building to remind everyone of it.