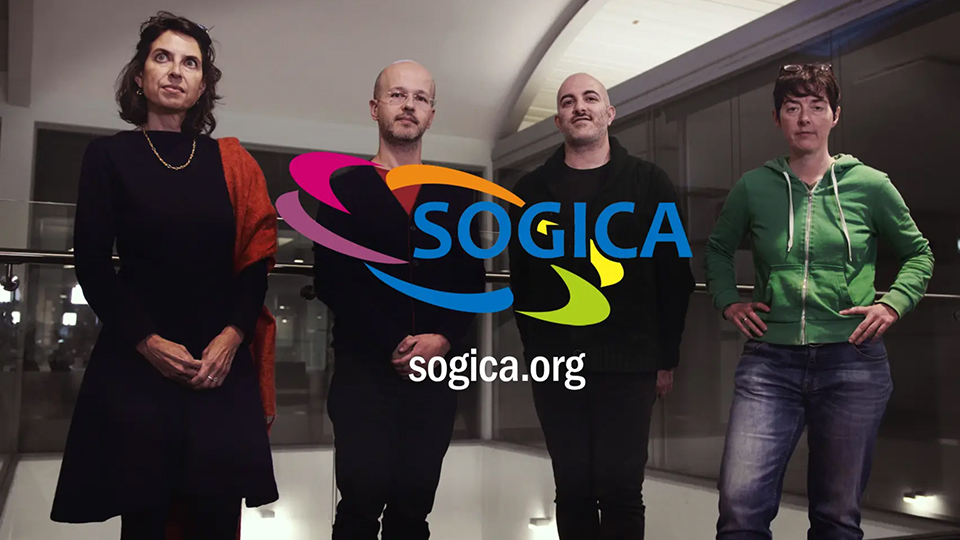 “Since the beginning of the project we have worked to have the greatest possible positive impact on people’s lives. Research can and should make a contribution. In recent years we have collected data, conducted interviews, organised focus groups and held observations in courts in three countries: Italy, Great Britain and Germany. We studied the experiences of asylum applications on the basis of sexual orientation and gender identity, starting from the consideration that there were only a few European wide research projects on the subject”.

“Our work has produced recommendations that we have published on our online platform that recounts all the work carried out by Sogica. The recommendations are based on more than 150 interviews carried out, across Italy, Germany and Great Britain, not only with refugees and asylum seekers, but also with NGO operators and institutions. These recommendations are also based on the observation of the work of the courts that assess SOGI claims in these three States, trying to understand how the judges, in hearing, evaluate and handle these cases. SOGI claims are indeed complex cases and, also for this reason, we feared that there was a higher level of rejection of applications. Issues of credibility, evidence, and stereotypes with regard to sexual and gender minorities are elements that make the assessment of these claims particularly complex. SOGICA’s aim was therefore to study European and national legislation and give a voice to those who flee from homophobia and transphobia, trying to draw up recommendations so that the assessment of such applications can be improved”.

The list of recommendations, also available online, the many publications, a final conference involving more than eighty experts, the video testimonies, are a sign of a work done not only with competence, but also with passion. Among the case studies, what is the Italian situation?

“In relation to Italy, comparing the current situation of the management of requests for international protection for reasons of sexual orientation and gender identity with the other two case studies, we found a greater inclination to accept this type of requests. This may also due to the system in force in Italy – explains Danisi – where at the administrative level, i.e. in the territorial commissions, representatives of the United Nations High Commission for Refugees (UNHCR) are still involved. This staff is usually composed of trained personnel who know well the most advanced model for the assessment of this type of requests, namely the UNHCR Guidelines No. 9, on the correct application of the Geneva Convention on the Status of Refugee to SOGI claims. During my research in the field in Italy, we noticed that when UNHCR staff is involved these requests are handled more correctly, even indirectly as they may help those commissioners who do not know much about this subject. Also at procedural level, if you know beforehand that a SOGI case should be assessed, that case is given to the most competent commissioner in the matter. Let us bear in mind that very often these people, when they arrive, do not know that they can ask for protection from SOGI persecution. This is a serious problem, because the Italian system is being thwarted without proper information about the possibilities that the asylum seeker has. In general, however, in Italy SOGI claimants seem to have more chances of success, and this is also thanks to a particularly progressive jurisprudence. For instance, the Supreme Court, in 2012, recognized that when there is a law in the country of origin that criminalizes homosexuality, there is persecution, without the applicant having to prove it.

This does not happen elsewhere in Europe, so for these standards things may go better in Italy. Also on the ‘credibility’ of the history of the applicant, there are sentences in Italy that basically say that it is not necessary to prove one’s sexual orientation. This is difficult and indeed truly unnecessary. When you are persecuted, maybe just because in your country of origin people thought you were homosexual, you don’t need to be homosexual to be granted international protection. Yet, something wrong in Italy has happened as well. Let’s take the example of the security decrees, which on international protection have brought Italy back in general and which have specific consequences also for SOGI claims. Since the Orlando – Minniti Decree, which substantially eliminated the possibility of a second-instance appeal and introduced the video recording of the testimonies, the asylum framework had become more complex. It is very difficult to tell your own story, especially if it is tied to sexual identity, but it’s even more difficult to get international protection if you cannot have direct contacts with those who have to decide about your life. One of the most insidious reforms is the introduction of the ‘safe countries list’, which does not consider at all how the so-called safe countries treat sexual and gender minorities. One of the first recommendations that emerged from our work was precisely to repeal the security decrees, a move that would solve many of the issues jeopardising SOGI claimants’ enjoyment of basic human rights”.

In principle, during the research, was it possible to establish – in percentage terms – how many requests for international protection for sexual orientation and gender identity are submitted nowadays?

“The collection of specific data, compared to the overall number of asylum applications, is another key recommendation that we have made. No data are collected taking into account the reason for the international protection request. It is difficult to know, in Italy in particular, how many applications are made for persecution on SOGI grounds. We have asked the competent ministries, the UNHCR, as well as the territorial commissions for such data, but no one ever replied. Even if they collect some figures, they do it informally as there is no general obligation in this field, especially taking into account the current EU asylum framework (the so-called CEAS). It is difficult to make an estimate. Having said that, for the first time, experimental statistics have been collected in Great Britain as you can see in our website. As for Italy, at an informal level, talking to judges and members of territorial commissions, we can say that these claims are not such rare cases: a reliable estimate is 5% to 10% of the total, which is an impressive number. They are estimates, they change over time, but they are frequent cases, this is certain – explains Danisi. It is important to know this, because there are still many stereotypes and prejudices even on the extent of SOGI claims in Europe. Moreover, almost all claimants I met in Italy, unlike other European realities, came by the sea. After the traumas suffered in Libya, and after long periods in the countries of origin spent concealing their SOGI, it is not easy for them to fit the preconceived ideas decision-makers have of migrants first and then of SOGI minorities. Better preparation, including on key basic concepts useful to eradicate SOGI stereotyping and racist views, is only a starting point to assess – in a truly fair way – such a number of claims”.