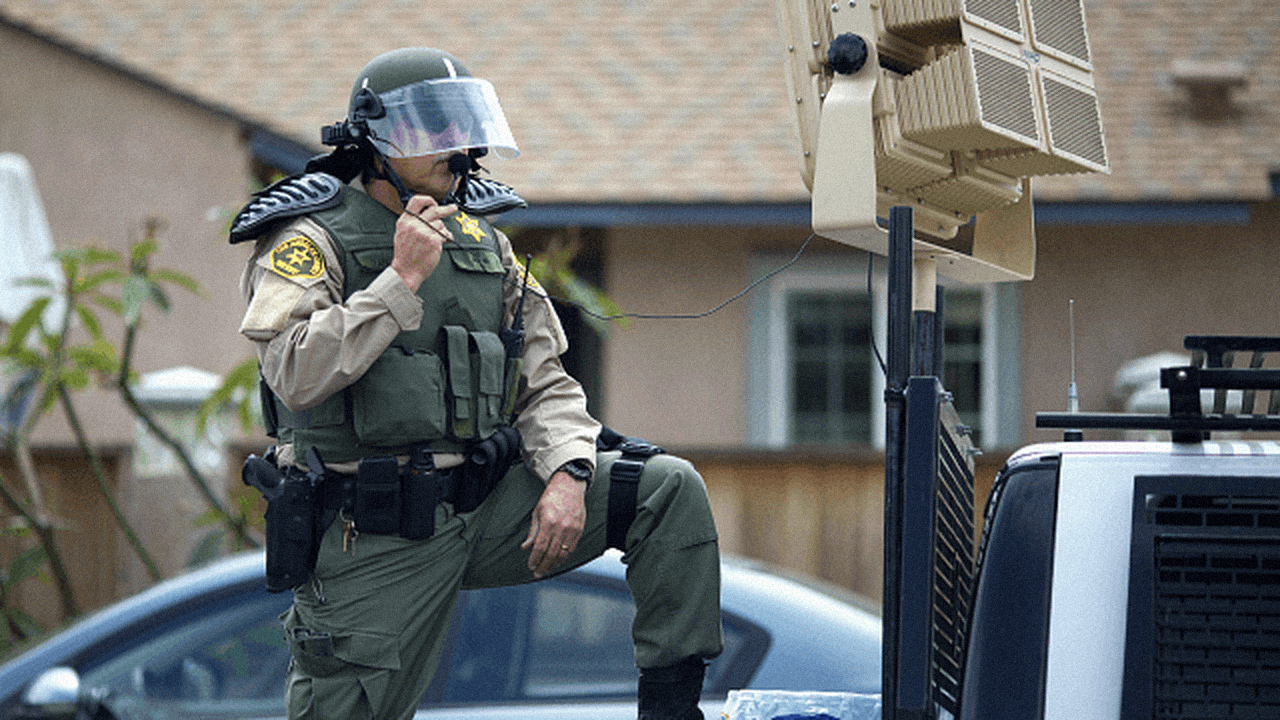 Instead of working on the contexts of departure, investments are made in innovative digital deterrents

The European Union’s strategy towards migratory flows, despite the indications of documents such as the Global Compact, seems to be always and only the costly and useless militarisation of borders.

In this sense, the latest innovation is represented by the investment that has been made in recent weeks in the development of border monitoring technologies involving the use of drones, sound cannons and lie detectors powered by artificial intelligence.

The first experiment took place at the border between Greece and Turkey: sound cannons were tested, mounted on armoured vehicles of the Greek border police, which emit bursts of very loud noise, as deafening as the engine of a jet plane.

The 200 kilometres of the Greek-Turkish border, already marked by a new steel wall to block crossings along the Evros river, which divides the two countries, are just the latest of the new experimental physical and digital barriers that were installed and tested during the coronavirus pandemic.

“The nearby observation towers have been equipped with long-range cameras, night vision and multiple sensors. Data will be sent to control centres to flag suspicious movements using artificial intelligence analysis,” reports the Associated Press (AP). According to a recent Guardian article, thermal vision cameras and devices that can detect heartbeats are also being deployed.

“We will have a clear ‘pre-frontline’ picture of what is happening,” Greek police major Dimonsthenis Kamargios, head of the region’s border guard authority, told the AP.

These measures, which have often proved useless and dangerous, are very expensive: the EU has paid €3 billion for these tests since 2015 with the aim being to detect migrants early and deter them from crossing.
According to Kamargios, the key elements of the automated surveillance network being built on the Greek-Turkish border will be ready by the end of the year. “Our task is to prevent migrants from entering the country illegally. We need modern equipment and tools to do this.”

Researchers from universities across Europe, working with private companies, have developed futuristic surveillance and verification technology. According to the AP, they have also tested more than a dozen projects at Greek borders.

Some of the more futuristic efforts currently being tested are lie detectors and virtual bots acting as interviewing border guards powered by artificial intelligence. Other efforts include integrating satellite data with drone footage on land, air, sea and underwater.

“Palm scanners record the unique pattern of the vein in a person’s hand to be used as a biometric identifier, and the makers of the live camera reconstruction technology promise to virtually erase foliage, exposing people hiding near border areas. Tests have also been conducted in Hungary, Latvia and elsewhere along the EU’s eastern perimeter,” AP reports.
According to The Guardian, the EU has allocated nearly €35 billion in “border and migration management funding for the 2021-27 budget, while setting aside the creation of safe crossings and fair asylum processes.”

At the same time, the EU has transformed Frontex, border and coast guard agency, from a coordination mechanism to a full-fledged multinational security force.
According to AP, “Greece is pressuring the EU to allow Frontex to patrol outside its territorial waters to stop migrants reaching Lesvos and other Greek islands.” The route across the Aegean Sea from Turkey to Lesvos and other Greek Aegean islands is the busiest in Europe for irregular crossings in recent years.

Some MEPs asked for clarification of these technologies and requested more information on the hundreds of illegal refoulements documented along Europe’s external borders in various reports. In addition to national border guards, Frontex staff are also accused of being involved in refoulement incidents in the Aegean Sea over the past four years.

After a continuous increase of migrant arrivals in recent years, the numbers decreased during the pandemic, at least in some parts of Europe. In Greece, for example, the number of arrivals fell from around 71,000 in 2019, according to data from the International Organization for Migration (IOM), to almost 15,000 last year, a 79% drop.

Italy and Spain, by contrast, experienced the opposite trend: While their pre-pandemic numbers were significantly lower than Greece’s, Italy saw more than three times as many irregular migrant arrivals last year as in 2019. In Spain, the increase was about a quarter, mainly due to some 23,000 migrants arriving in the Canary Islands off the west coast of Africa.

Yet, in the coming years, migratory pressure on Europe is likely to increase further. According to UN figures, the world’s migrant population has increased by more than 80% to reach 272 million between 2000 and 2020. This trend “outstrips international population growth”, AP reported. For now, however, the solution remains only military.