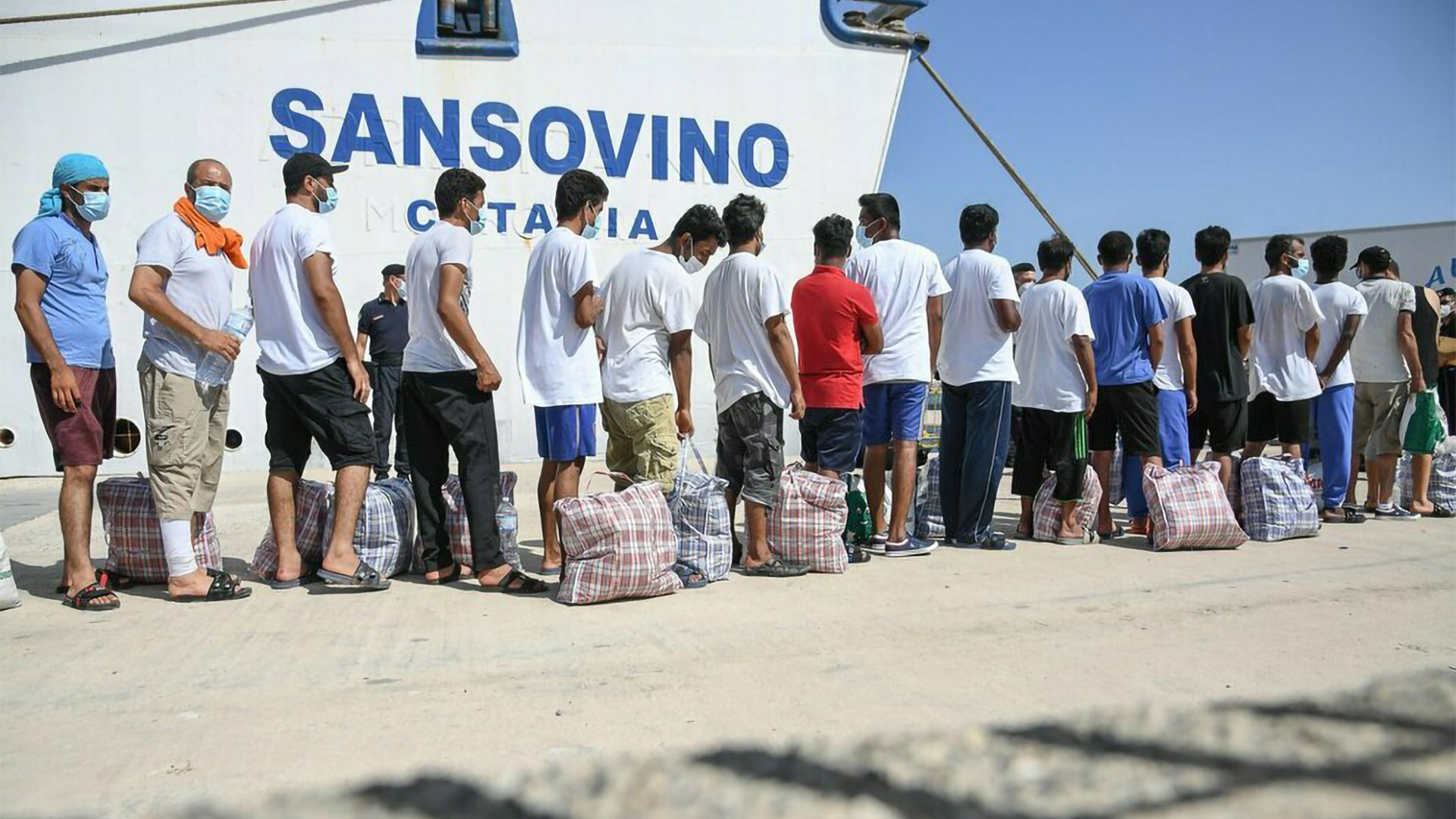 Lampedusa, an outpost of humanity

In recent weeks, including the night between 16 and 17 May, good sea conditions have meant that there have been landings of migrants from Libya on the island of Lampedusa.

There is currently only one humanitarian ship, SeaEye, which has already carried out rescues off the coast of Libya, and three active quarantine vessels, the Splendid, the Azzurra and the Allegra, which are expected to be joined by other vessels in the coming months.
According to the Italian Ministry of Interior, arrivals from Libya are increasing compared to the same period last year. So far in 2021, 12,894 people have arrived, three times as many as in the same period in 2020. But the number of victims has also increased: according to the International Organization for Migration and the United Nations High Commissioner for Refugees, it amounts to more than five hundred, three times as many as last year.

Moreover, since the beginning of 2021, 7,700 people have been intercepted and brought back by the so-called Libyan coastguard.

These numbers are not surprising, because everyone knew that with the relaxation of measures due to the pandemic, the boats would leave Libya, but as every time, the European Union always seems to be faced with an unexpected emergency.

In the coming weeks, the European institutions will be debating the European Pact on Immigration and Asylum, but as many observers have pointed out, they are relying on the same means that have so far failed to produce results, while an alternative route, such as the Global Compact, remains in the background.

Lampedusa in the front row, as always, guarantees reception and salvation, but it cannot always be left alone. There was a moment, in recent days, when more than 1,400 people were in the island’s hotspot. The island, as always, has managed the situation, but what is now unacceptable is that the community and local institutions are left alone, because it would be enough to activate and organise rapid redistribution procedures to avoid burdening Lampedusa, and stop to keep narrating an emergency and politically exploiting the matter.

People are leaving and will leave Libya. People in Libya are being tortured and abused. Humanitarian ships are being prevented from intervening by a thousand bureaucratic tricks, while Lampedusa is being burdened with the responsibilities of the entire European Union.

How many more ’emergencies’ will we have to recount before a legal and safe procedure for movement is made systematic? How many more ‘landings’ do we have to tell? It would be a good idea to talk about how the island is working to become an oasis of sustainability, for example, by supporting the Lampedusa community and not offloading the entire burden of the situation onto the island.

Italian Prime Minister Mario Draghi who, on the one hand, has recently praised the Libyan Coast Guard for its questionable sea-patrolling efforts, on the other hand has announced the European solidarity mechanisms and relocation quotas restored. However, the European Pact stipulates that adherence to relocation is on a voluntary basis and therefore Italy and the other border states can at most aspire to multilateral agreements with some European states as was the case with the Malta agreement in 2019.

The only issue on which there seems to be consensus in Europe is the strengthening of agreements with the countries of origin and transit of migrants to reinforce the control of the Union’s external borders.

On 11 May, European interior ministers met the African Union Commissioner for Social Affairs and African representatives of the Rabat and Khartoum Processes. European Commissioner for Home Affairs Ylva Johansson and Commission Vice-President Margaritis Schinas also attended the meeting. Aid and the fight against human trafficking were discussed, but the idea is to make agreements to outsource border control and stop or reduce migration flows. On 20 May, the Italian Minister of the Interior Luciana Lamorgese will be in Tunisia, together with Johansson herself, to negotiate new agreements with Tunis aimed at increasing repatriations and stopping departures.

However, the time for words is over. If an instrument does not work, it must be changed, by breaking new ground, as Lampedusa has done by getting involved and involving border municipalities throughout Europe, to exchange good practices, with the Snapshots From The Borders project and by networking with the Border Towns and Islands Network. But we must not keep leaving Lampedusa alone.