After the fire in Moria, a camp on the Greek island of Lesvos, we spontaneously joined the manifestation in Graz which called European leaders to act.  This street action was supported by a number of solidarity groups.

The biggest refugee camp in Europe has gone up in flames, leaving over 12,000 people without shelter, amidst the global pandemic. The European migration policies that trap people in inhumane conditions across the Greek islands must end.

We also supported the call of solidarity groups to the local authorities to declare Graz as safe habours like several other cities already did.

The need for action has never before been more urgent. 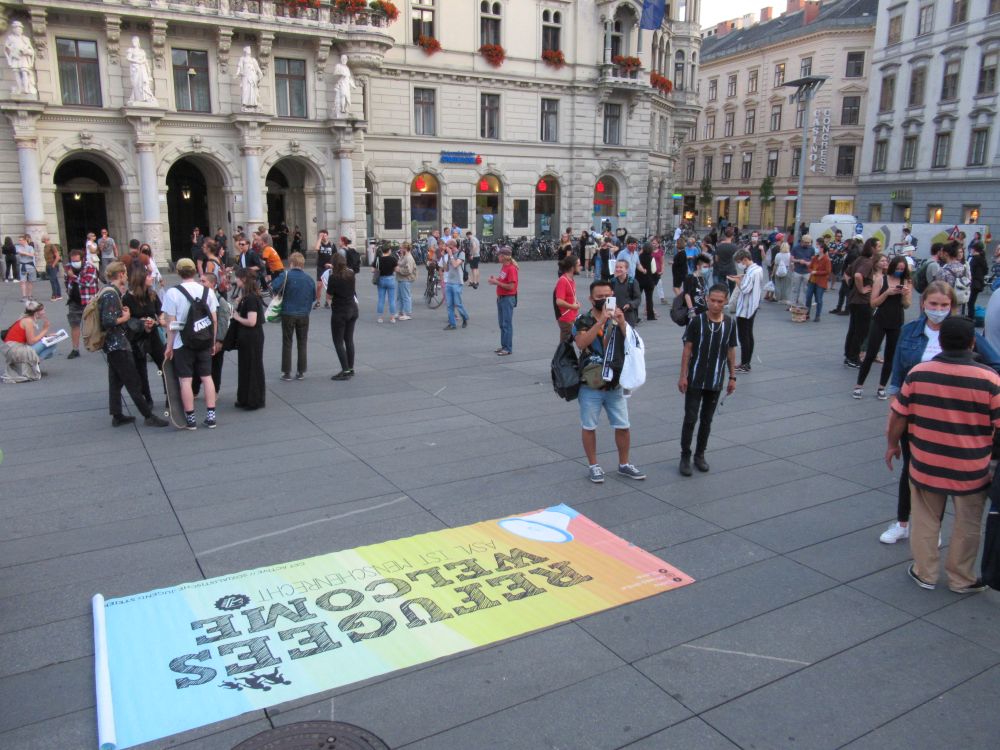